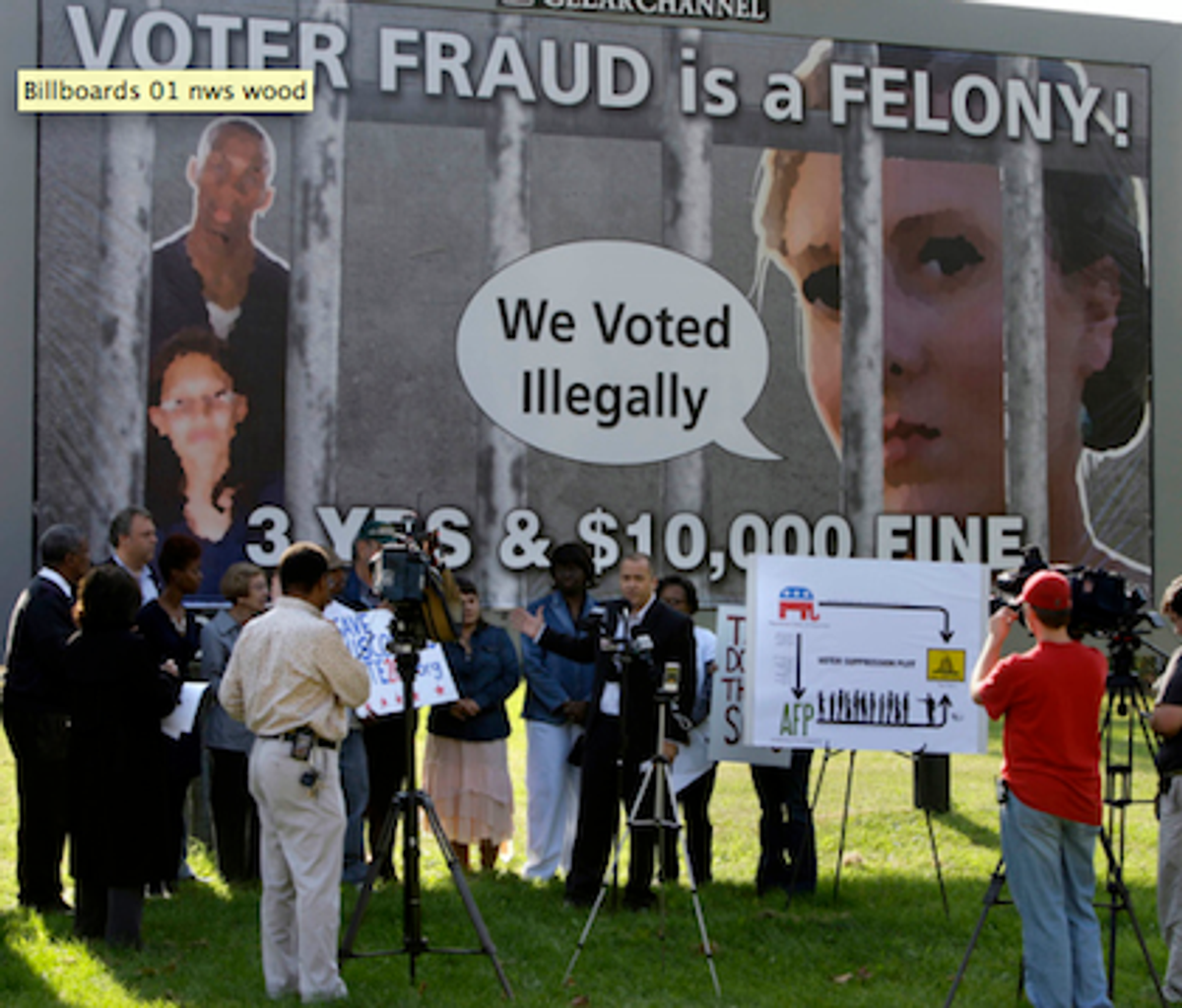 A venture capitalist and Mitt Romney donor is behind a series of controversial billboards, put up in communities in Ohio and Wisconsin that have large minority populations, that say "VOTER FRAUD IS A FELONY."

Stephen Einhorn, the head of a small Milwaukee-based mergers-and-acquisitions consulting firm, admitted that he was behind the anonymous billboards, which some liberals suggested would intimidate Obama-leaning voters. Clear Channel Outdoor Advertising pulled the billboards after an investigation by NBC's The Grio and One Wisconsin Now, an activist group in the area.

From the Milwaukee Journal-Sentinel, the billboards initially appeared in 2010, but reappeared this election cycle as well:

"The Milwaukee billboards in 2010 replaced the gavel with images of a black man and woman, and a larger picture of a white woman, behind bars, with the words 'We Voted Illegally' emerging from a cartoon bubble, underneath the large headline: 'VOTER FRAUD is a FELONY!' Voting rights advocates protested the boards, to no avail."

In a statement to the Milwaukee Journal-Sentinel, Einhorn admitted he and his foundation were behind the billboards: “'Stephen and Nancy Einhorn placed these billboards as a public service because voter fraud – whether by Republicans or Democrats – undermines our democratic process,” the Einhorns’ statement said. “By reminding people of the possible consequences of illegal voting, we hope to help the upcoming election be decided by legally registered voters.'”

According to the Huffington Post, Einhorn donated the maximum allowed to Romney's campaign, as well as to the RNC and the Tea Party group Freedomworks.