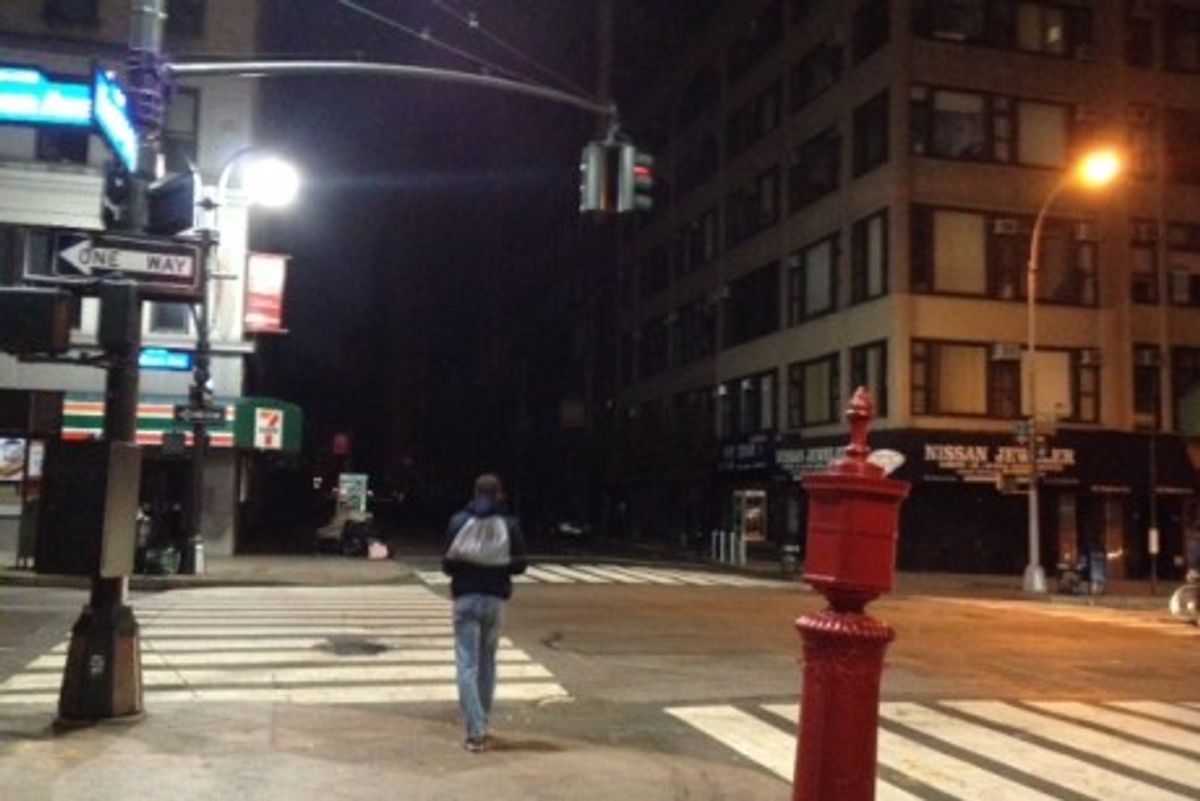 New Yorkers on the state's food stamp program receive money for food necessities electronically, through Electronic Benefit Cards (EBTs). However, with Manhattan from 39th Street southward in power blackout along with parts of Brooklyn, most stores are only able to sell goods for cash. Power is expected to return by Saturday.

In a WNYC report (listen below) a resident of a Lower East Side public-housing complex in Manhattan explained, "The supermarkets don’t even really want to sell anything. They’re open but if you don’t have cash, you messed up. And everybody in these projects, they take EBT … food stamps.” [h/t Colorlines]

David Rhode wrote Thursday in the Atlantic that Sandy had further exposed the "hideous" inequality gap in New York City -- which is currently the most economically divided it has been for 10 years. He noted, "Sandy humbled every one of the 19 million people in the New York City metropolitan area. But it humbled some more than others in an increasingly economically divided city ... Those with a car could flee. Those with wealth could move into a hotel. Those with steady jobs could decline to come into work. But the city’s cooks, doormen, maintenance men, taxi drivers and maids left their loved ones at home."

And many with no means but EBT can't even stock up on food.