The man best known as Halle Berry's ex has a lot to say about class, race, women's rights and Election 2012 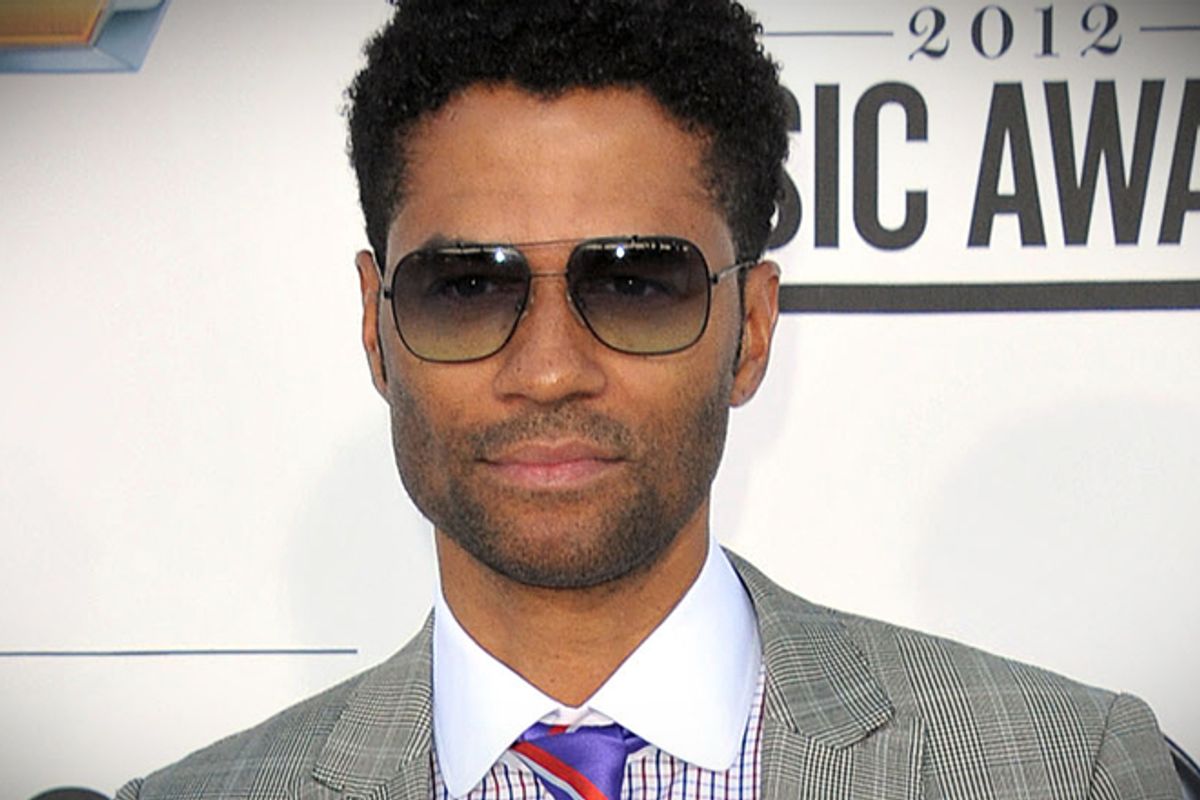 Inevitably, questions posed to R&B singer Eric Benet must alight on two words, "sex addict," which is what he said he was when his marriage to Halle Berry was collapsing, and what he has since repeatedly denied being. It's not a surprise that Benet isn't especially interested in having that conversation again. But unless you follow him on Twitter, you might be surprised at what conversations he fervently does want to have: About poverty, race and reproductive rights. And maybe about his idol, Rachel Maddow, and his conceptions of this country's unfinished promise.

"I think America is this beautiful concept," he told Salon, recently. "Well. With revisions."

There is the Eric Benet with a decade and a half of open-shirted croons like "Chocolate Legs" and the recently controversial "Redbone Girl" to his name. There is the Eric Benet of Twitter, who is a red-meat partisan, all bluster as he live-tweets from the left flank ("I love how Joe kept referring to Ryan as 'my friend' when he really meant 'this bitch'" and "How bout a festival 2 celebrate ColumbusDay! Kiddies can dress in costumes n pretend 2 enslave n kill millions of people. FUN!! RT pls!"). And then there is the Eric Benet in person, of milder mettle, who chooses his words carefully.

He muses about growing up watching a Milwaukee with a black middle class, with steel mills and factory jobs, slowly disintegrate.  "From my childhood it was like, government happened to Milwaukee," he says. " It wasn't a government that was trying to uplift the middle class and people who were living in poverty. They happened to us. It almost felt futile. I'm angry at myself for admitting that now."

That sense of hopelessness is why he came to politics relatively late in life, he says. "In my community and everywhere around me, from going to church to the barbershop to hearing my dad and his brothers talk around the house, what became clear to me, or what the perception was at that time, is that the game is rigged. There are so many walls that have been built and have been continuing to be built around us. They're just trying to keep the poor poor and the rich rich." For him, that changed with the election of Barack Obama. At that point Benet was wealthy and famous enough to attend the fundraiser held at Oprah's house — most of which, he says, he spent outside jamming with Stevie Wonder (he preemptively apologizes for namedropping).

The maintenance of all those personae can be complicated. "In the African-American community, it's a very hardcore Christian philosophy," Benet says, "so when it comes to things like homosexuals having equal rights and being able to get married and raise kids, or reproductive rights, it's a very sensitive issue. But I think it's really important for us African-Americans, given what we've experienced and what we've overcome as a people, I think we should be the ones holding the torch the highest and screaming the loudest for any kind of injustice for anyone.

"You can interpret anything in the Bible for whatever purpose you may have, whether it be slavery or keeping women submissive — yeah, you can find something in the Bible to justify it. I, like so many other people, I feel like the point of the Bible is not to suppress but to uplift and to promote love and less divisiveness."

Still, you could hardly call his confrontational Twitter voice a grand unifier. "When I voice my opinion, there's no ambiguity to it," he concedes. "I get some heat from the other side. But I don't really give a shit … It's my job to use the voice that so many people fought for me to use, that so many people died for. I think I would be not doing my ancestors justice if I tiptoed around how I really felt."

But he denies that tweets like "Female Romney supporters??! He wants to take away ur rite to choose,voted against equal pay 4 women and his position seems to change daily" are meant as public relations recompense for anything involving his divorce from Berry.

"I have a philosophy that I'm not going to make it my endeavor to change people's minds about me," Benet says. "Instead I'm going to continue to be who I am and you'll discover who I am."