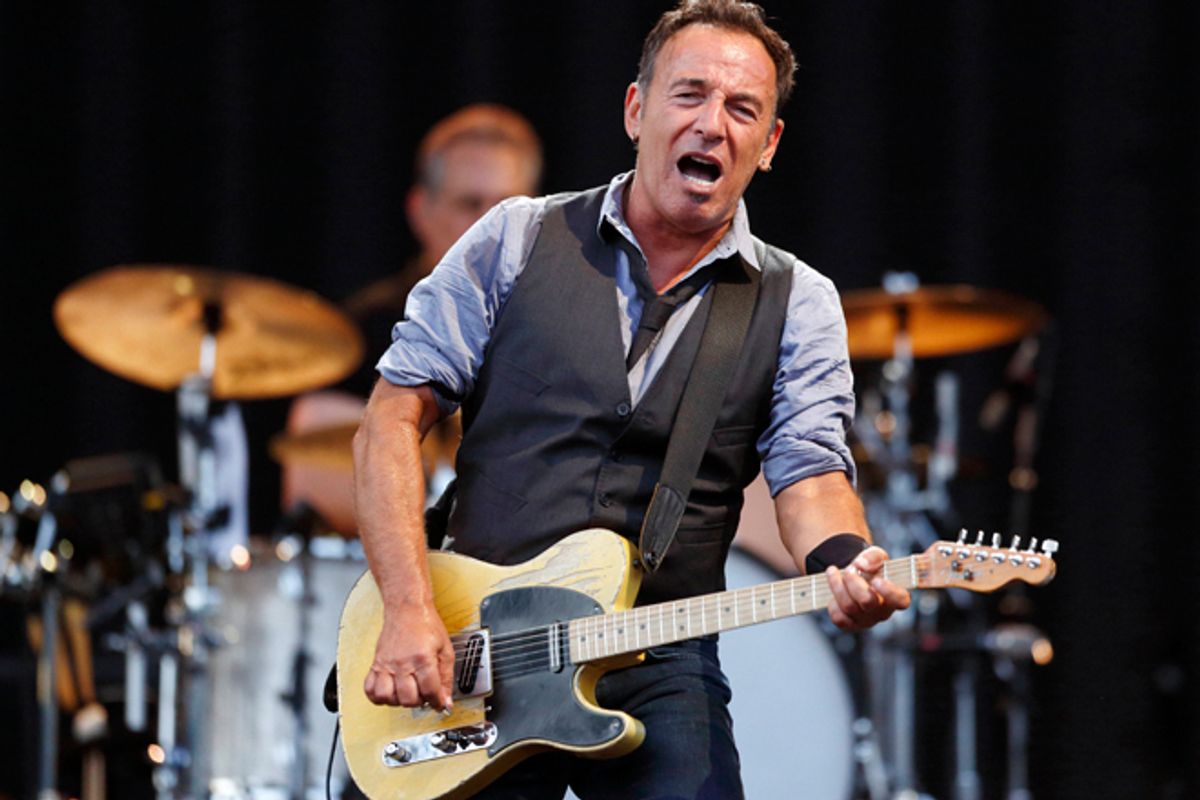 In case you somehow don’t know by now, Bruce Springsteen loves his native New Jersey, and pretty much everyone in New Jersey loves him. So when the state was ravaged by Hurricane Sandy, he naturally wanted to do what he could to help out. That's why  he’s teaming up with fellow Jersey locals Bon Jovi, along with Sting and  Christina Aguilera, to hold a benefit concert for the victims, which is set to air on NBC at 8 p.m. tonight.

A heartwarming case of some American icons coming together in a time of need to help out and rock out, right? Not so fast. The paranoid crew at Fox and Friends uncovered what’s really going on here: Secret Obama propaganda. "Good intention, raise some money for victims, but the timing is more than suspect," guest host Eric Bolling said this morning. "Is this more political? Is this more, let's get this thing on TV before the election to help President Obama look more presidential? Or is it more to help out victims?"

Steve Doocy chimed in: “Keep in mind, there you’ve got Bruce Springsteen and Jon Bon Jovi. Both supported the president of the United States." And because Fox apparently does not support affirmative action for people of color, but does support ideological quotas for benefit concerts, Doocy asked earnestly, "Where are the conservative performers?"

Bolling went on to note that during a previous NBC benefit concert to aid the victims of Hurricane Katrina, Kanye West grabbed headlines when he declared that George Bush doesn't care about black people. "How's NBC going to control what people say?" Doocy asked. It’s a good question, but one he didn’t ask of, say, last night’s Country Music Awards or his own show whenever they bring a celebrities on air.

"Is it a hurricane benefit or a concert for Obama?" Doocy followed up, despite sounding like he’s already made his mind up. "I don't know," Bolling responded woefully.

Well, you know what they say: One man’s Bruce Springsteen charity concert is another man’s secret plot to exploit a tragedy for nefarious political gain.