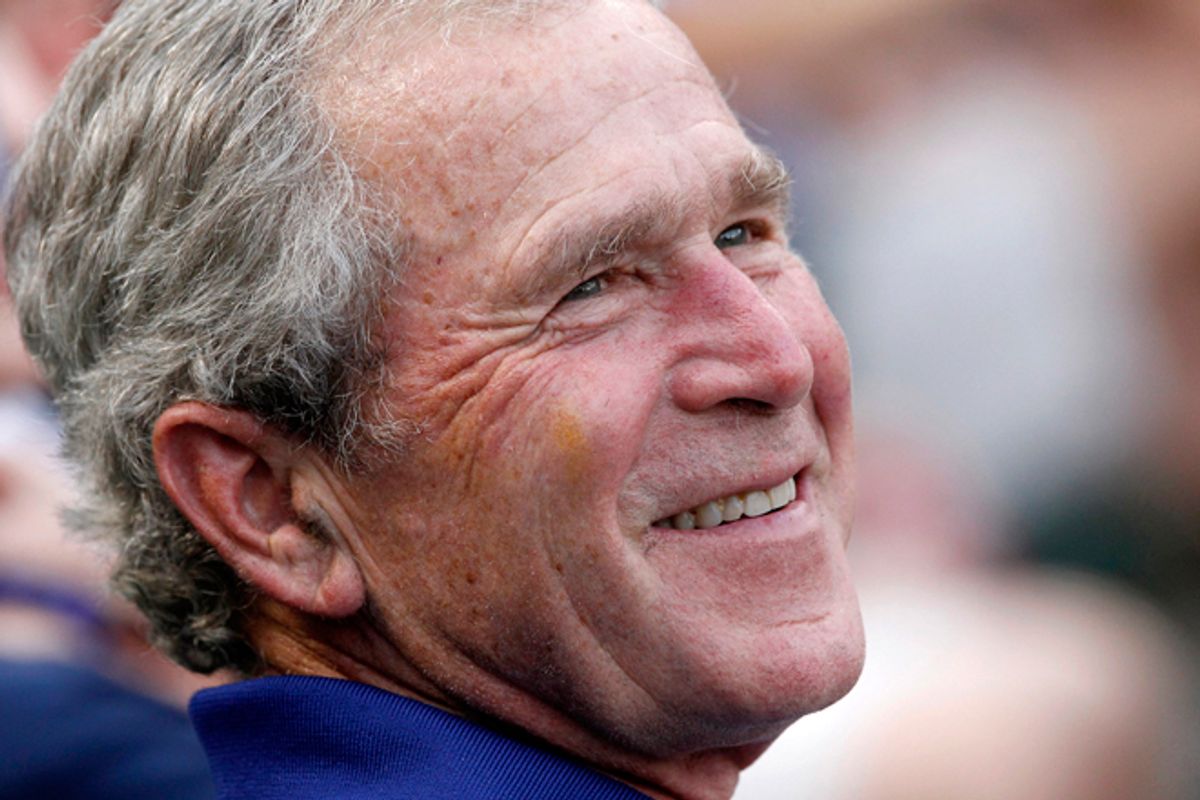 George W. Bush gave the keynote address at an "investment conference" in the Cayman Islands on Thursday night. But we don't know what he said, reports NBC News, because Bush's own team required a complete "blackout" on any details about the speech.

The keynote speech by the former president was "totally closed to all journalists," and conference organizers were banned from discussing any aspect of it even in general terms, spokesman Dan Kneipp said.

One would assume that as a former president who evidently does not aspire to do anything socially useful for the rest of his life, George Bush doesn't particularly care about how awful the "optics" of his visit to one of the world's largest offshore financial centers look. Let's give him points for consistency: Bush devoted his presidency to lowering taxes on the rich and easing the regulatory burden on corporations. Four years after leaving his country in a state of complete ruin, he's busying himself giving a speech in one of the world's most popular destinations for avoiding taxes and financial oversight. There's a stark, savage purity to his commitment that can't be denied. George Bush is a true believer, a dedicated servant of the 1 percent.

But why the blackout? Why this cowardice, this pusillanimous unwillingness to preach his gospel in the light of day without fear of public disfavor. Doesn't he believe that it is appropriate for hedge fund managers to keep their tax liabilities as low as possible? Isn't it a point of faith with him that corporations must flee U.S. jurisdiction to escape the dread claws of the nanny state? What's he got to be ashamed of?

That's your Republican Party, America. Your last GOP president is too chicken to let the world know what he's saying to an audience of people dedicated to the proposition that it is right and proper for them to avoid sufficiently funding their own national governments. Meanwhile, your current GOP candidate president is a man who has personally invested some $25 million in Cayman Islands-registered funds, and whose former company, Bain, boasts more than a hundred Cayman funds.