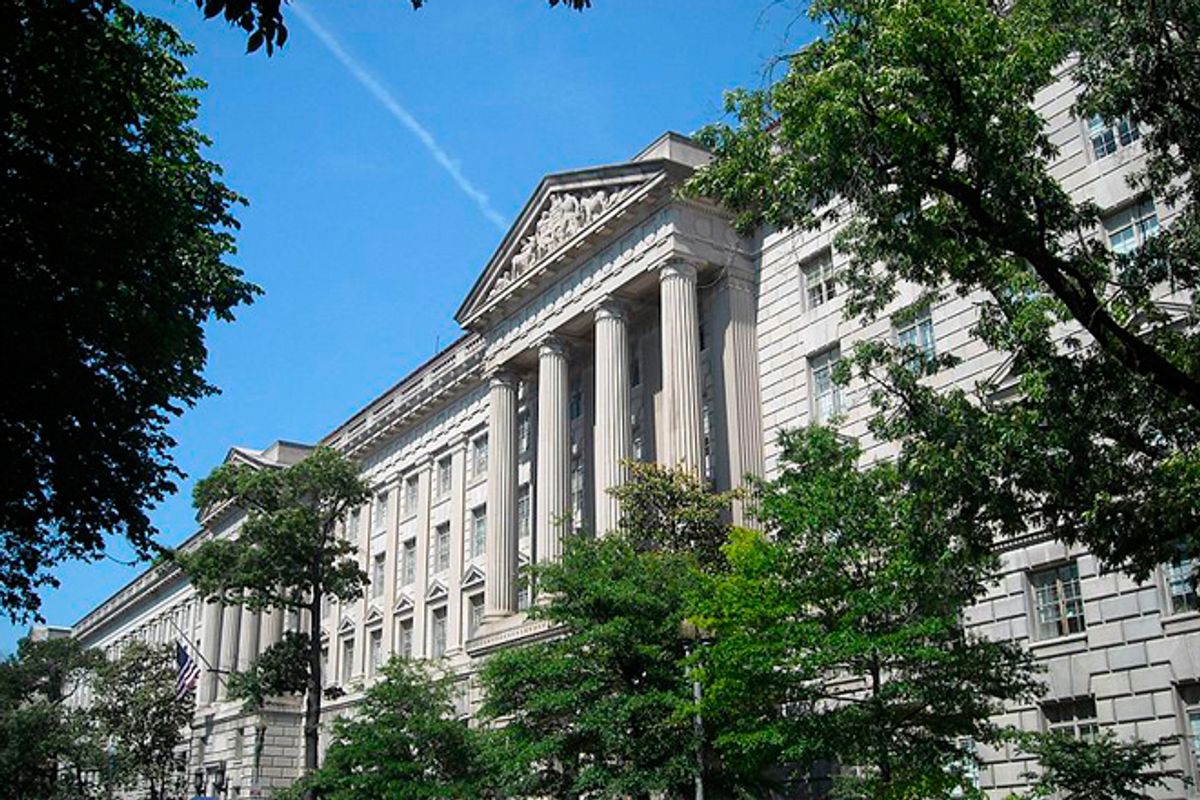 Remember when Mitt Romney took an Obama quote out of context and then built his national convention around it? Well, this is worse.

"I don't think adding a new chair in his cabinet will help add millions of jobs on Main Street," Romney himself added in Virginia later in the day.

Two things: First, we do have a secretary of commerce, or at least an acting secretary. Acting Secretary Rebecca Blank stepped in this summer after former Commerce Secretary John Bryson suffered a seizure while driving in California and resigned. (She’s not Senate-confirmed, but we don’t think that’s what Ryan meant.)

Second, and more to the point, the whole point of Obama's “secretary of business idea” is to consolidate the Commerce Department with a bunch of other agencies that deal with business to make them more efficient and easier for businesses to interact with. "We should have one secretary of business, instead of nine different departments that are dealing with things like giving loans to SBA or helping companies with exports. There should be a one-stop shop," Obama told MSNBC Monday. He actually first floated the idea in January, when it was received as a pragmatic, if not particularly inspired, reform idea.

And it’s an idea that you would think Republicans would support. Contrary to Romney’s claim, it actually would not be a new chair in the Cabinet, but merely the renaming of an existing one (though a new plaque would be required on the chair). The idea is to streamline government, cutting costs for taxpayers and making it easier for businesses to deal with government -- two things Republicans really like. Instead, they went on the attack.

But wait, there’s more. Romney and Ryan are not only misrepresenting the "secretary of business" idea on the stump. They’re actually running a TV ad based on this dumb lie, which they released yesterday. The ad, titled “Secretary of Business,” claims that Obama’s “solution to everything is to add another bureaucrat.”

There’s really no honest way to read Obama’s comments and think he said he wanted to “add another bureaucrat.” His entire statement was about the need to consolidate bureaucracy, not expand it.  Saying otherwise is dishonest, and maybe a bit desperate.