The intense campaigning in Ohio is terrifying to Jon Stewart 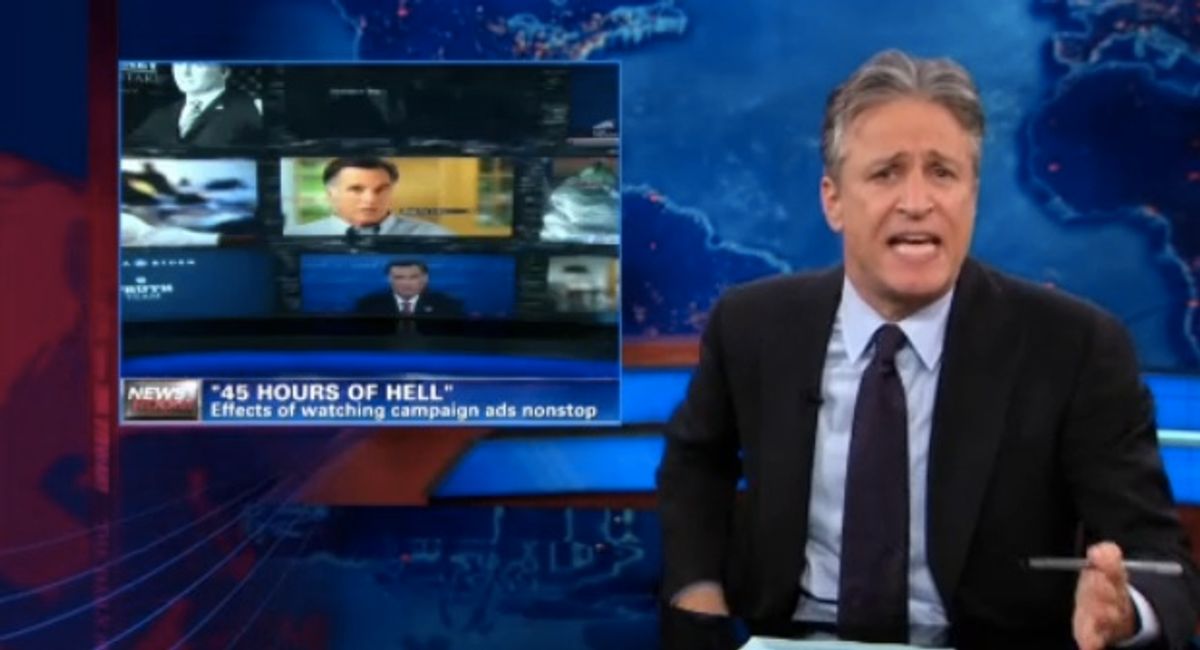 Jon Stewart was amazed last night at how much time and money are being spent by both campaigns in Ohio, where residents, now in "swing state hell," are treated to a near-continuous onslaught of campaign ads. "You  might say, well hey, why don't they just turn off the TV, and leave their house, and live their lives. because it doesn't matter, because you can't hide, because the candidates are f*cking everywhere."