She had recovered enough from her wounds to be interviewed 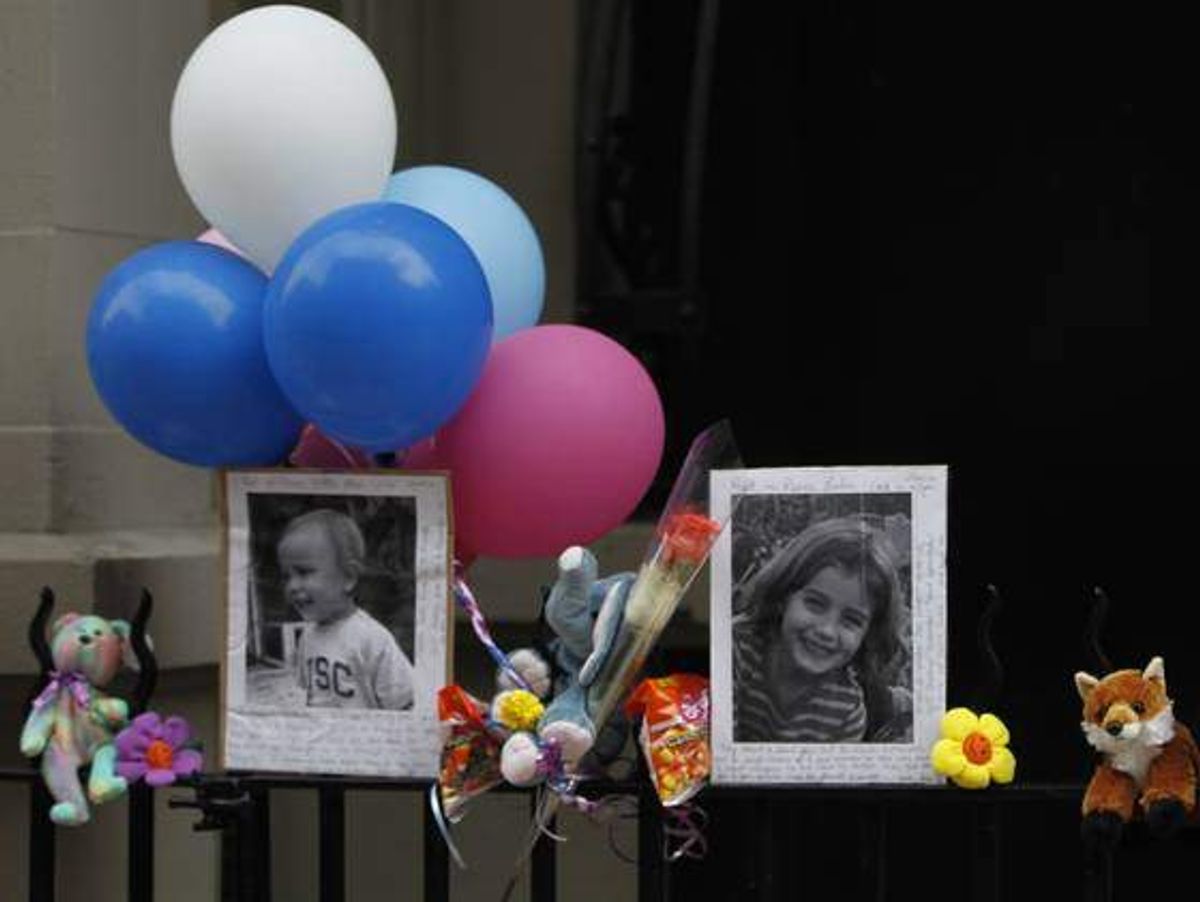 A memorial outside the childrens' apartment (AP)
--

The nanny who police say stabbed to death two children in her care before trying to kill herself was charged Saturday with murder.

Yoselyn Ortega had recovered from her wounds enough by Saturday to be interviewed by police in her hospital bed at New York Presbyterian Weill Cornell Medical Center. After the interview, she was formally charged with two counts each of first- and second-degree murder.

Police didn't know if Ortega had a lawyer.

Police say that on the evening of Oct. 25, while the children's mother was out with a third child, Ortega repeatedly stabbed 6-year-old Lucia Krim and her 2-year-old brother, Leo.

When their mother, Marina Krim, returned with her 3-year-old daughter, she found their bodies in the bathtub, with Ortega lying on the bathroom floor with stab wounds to her neck. A kitchen knife was nearby.

The children's father, CNBC digital media executive Kevin Krim, had been away on a business trip when the killings occurred.

The couple's apartment building sits in one of the city's most idyllic neighborhoods, a block from Central Park, near the Museum of Natural History and blocks from Lincoln Center for the Performing Arts. The neighborhood is home to many affluent families, and seeing children accompanied by nannies is an everyday part of life there.

Some of Ortega's friends and relatives said she appeared to be struggling emotionally and financially recently, but they still couldn't believe she could have committed such a heinous act.