With the election only days away, the radical right is bracing for what it believes could be an Obamapocalpyse 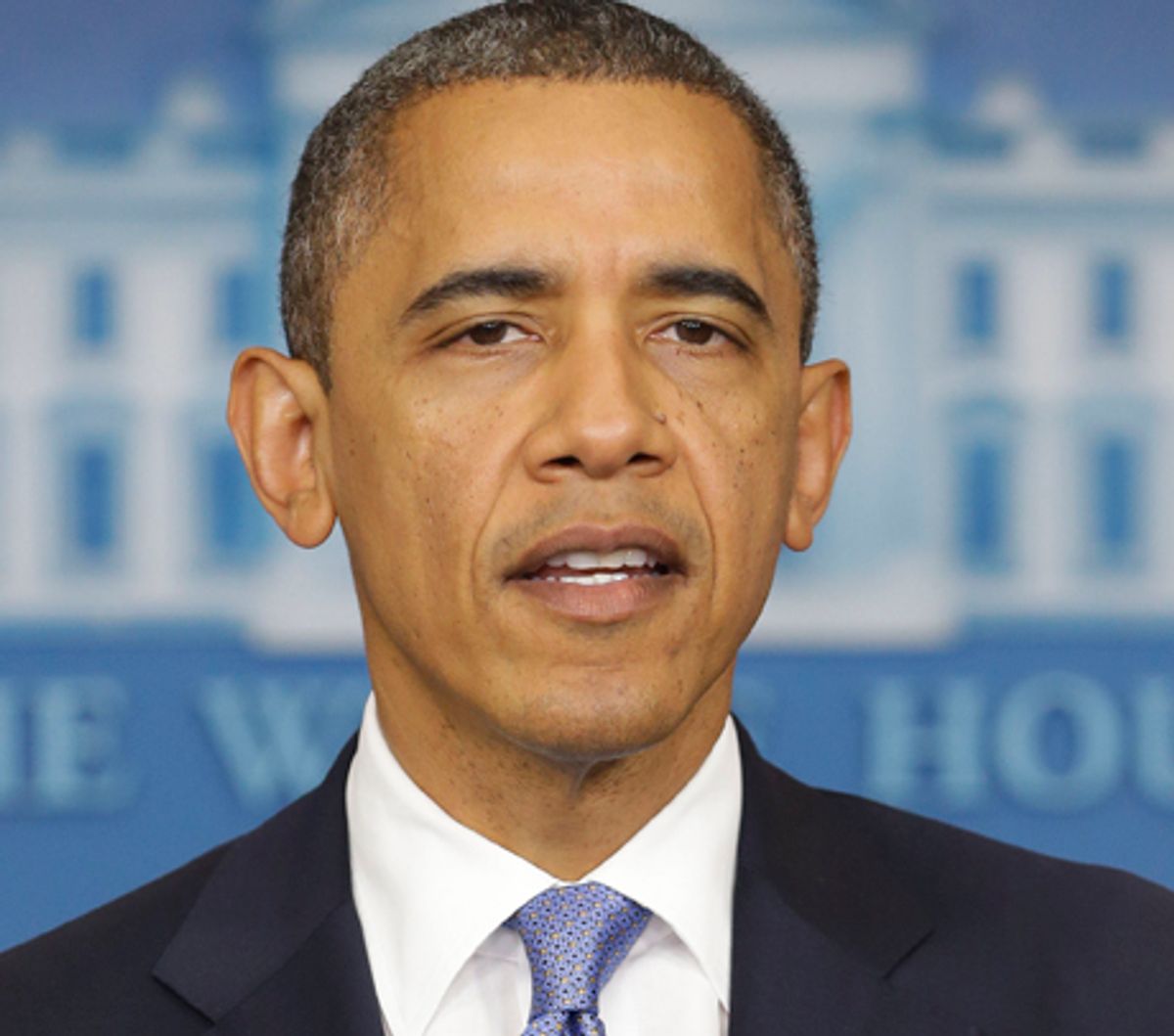 The far right does not like President Obama. He’s been depicted as a Muslim (he’s not) and a terrorist sympathizer. He’s been called a fascist and compared to Hitler. He’s been pegged as a socialist and even a communist. And, of course, an entire cottage industry has been built around the false accusation that he’s not even an American.

His 2008 election also helped fuel an explosive resurgence of the antigovernment “Patriot” movement, whose sympathizers indulge themselves in all sorts of wild conspiracy theories about the federal government: It’s building concentration camps for dissidents, it’s selling out Americans to the dreaded “New World Order,” it’s planning to institute martial law, confiscate everyone’s guns and send in U.N. troops to keep order.

Of course, none of these fantasies have come true in the last four years. But therein lies the rub. The first term was nothing but an elaborate ruse to get re-elected. The second term, now that’s when everything hits the fan. Freedom itself, maybe even all of civilization, hangs in the balance.

That, at least, is the impression you might get by reading the paranoid prophecies of some of the right’s most rabid Obamaphobes. They see a dark night of despair, madness and chaos – with no guns around to defend freedom – if Obama is re-elected.

To record these prophecies for posterity and so that you will know what’s in store if the president accumulates 270 electoral votes next week, here are some of the Top Predictions of the Obamapocalypse:

One Thousand Years of Darkness. In a video posted on YouTube, tough-guy actor Chuck Norris and his wife, Gena, warn of “socialism or something much worse.” Quoting a 1964 speech by Ronald Reagan, Gena says: “We will preserve for our children this last best hope for man on earth, or we will sentence them to take the first step into 1,000 years of darkness.”

An Obama Dictatorship. Robert Ringer, who calls himself “A Voice of Sanity,” is a motivational speaker, a self-help author and big fan of Ayn Rand. He’s also got the president all figured out. After the election, the “Marxmeister” will move swiftly to unleash a“dictatorial full monty.” We’re talking instant citizenship for all Third World immigrants; a new sedition act that criminalizes criticism of the government; forced equalization of income; suspension of habeas corpus; the end of fossil fuel production, and much more.

Obama Will Take Away Our Gun Rights. Obama will take away our guns and “erase” the Second Amendment, says Wayne LaPierre, the $970,000-a-year executive director of the National Rifle Association who once called federal agents “jack-booted thugs” in a fundraising letter. Obama’s first term was nothing but a “conspiracy to ensure re-election by lulling gun owners to sleep.”

U.S. Will Be Enslaved by Globalists. Dick Morris, the one-time aide to Bill Clinton, told Sean Hannity on Fox News last March that Obama’s “big focus” will be to make the U.S. a “vassal state to a globalist entity.” And by the way, he’ll sign a treaty ensuring that the U.S. has to get permission from Russia and China to go to war.

U.N. Troops and Civil War. Tom Head, a county judge in Texas, called for a property tax increase to help fund his county’s response to post-election civil unrest – what he envisions as a good old fashioned “Lexington, Concord, take up arms” uprising. But it seems like he wants to be leading the insurrection. “He’s going to send in U.N. troops,” the judge warned a local TV station. “I don’t want ‘em in Lubbock County, OK? So I’m gonna stand in front of their armored personnel carrier and say, ‘You’re not coming in here.’”

Hunted Down Like Dogs. Joseph Farah, who leads the far-right, conspiracy-mongering website WorldNetDaily, is under no delusions about his fate. “If [Obama is] re-elected, it’s gonna be war,” said Farah, who swears he saw a drone surveilling his Northern Virginia property. “We will be hunted down like dogs.”

Now that we’ve reported this information, you can decide your next move. The local gun store closes at 9 p.m.