What the election means for the left

The American left needs to change a lot of minds on the way to a more decent society. A president can help 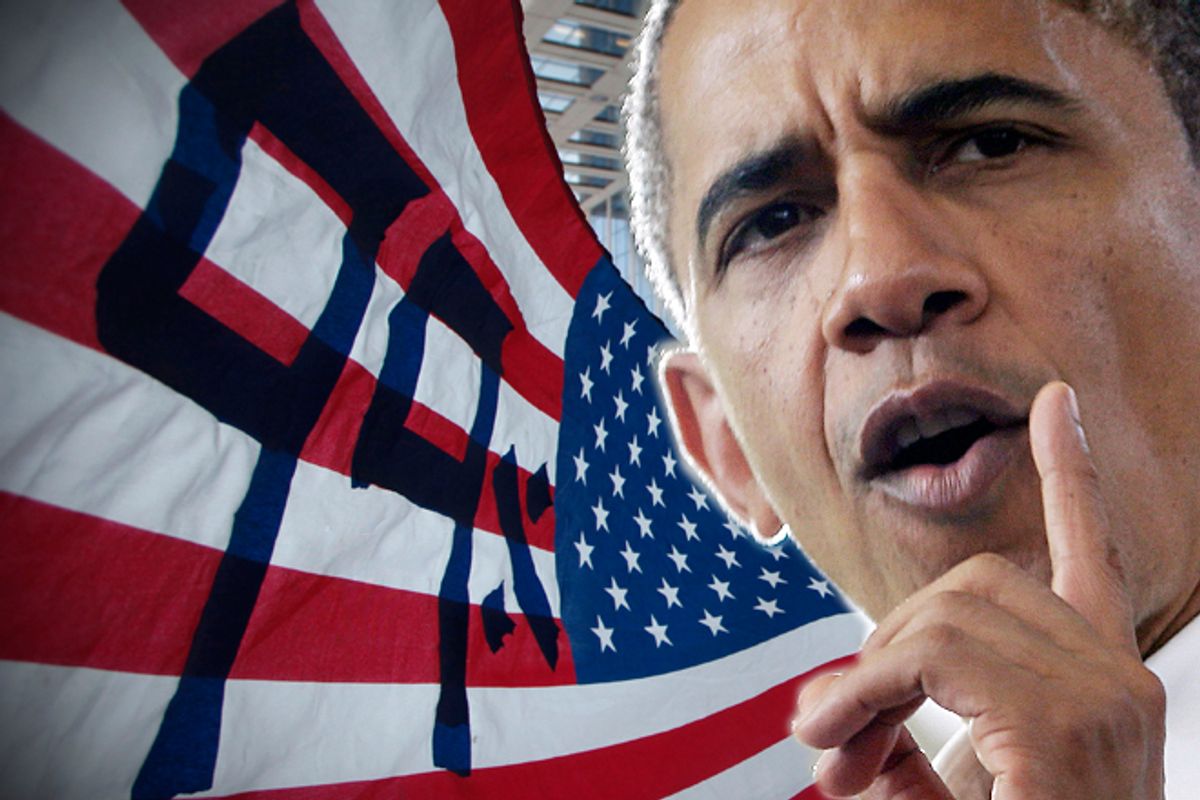 When our quadrennial circus finally folds its tents next week (barring another agonizing long count as in 2000), what will the result mean for the fortunes of that contentious, somewhat indistinct creature we call the American left?

The answer obviously depends, in part, on whether Mitt Romney or Barack Obama wins the race.  When we elect a president, we are also, in effect, appointing or reappointing thousands of committed progressives or equally avid conservatives to federal jobs where they try hard to carry out policies they support or to block ones they despise. Romney may be a cagy moderate at heart, and Obama may yearn to live up to the bipartisan rhetoric of his 2008 campaign. But most of the people who have the necessary skills and experience to work for a president are determined to move the nation to either the right or the left.

At the same time, what will happen after Inauguration Day raises the question of which parts of the left one is talking about. Four of its largest sections -- the LGBT community,  promoters of immigrant rights, environmentalists and organized labor – usually come together at election time, but they do not have similar prospects for growth or success.

Two of these groups have a good chance to keep advancing toward their goals, regardless of the election result. Advocates of marriage equality are steadily gaining in both law and public opinion. This fall, same-sex marriage may pass in one or more of the four states, all Democratic strongholds, where it appears on the ballot.

You can even glimpse a sign of progress on Romney’s official website, not the most likely location. There, one finds only a brief defense of “traditional marriage,” and it takes several clicks to discover it, buried under the heading of “Values.” The Massachusetts Etch-A-Sketcher realizes that young people, regardless of their partisan leanings, increasingly shun anyone who favors discriminating against people for loving one another. No matter who occupies the White House, it may not be too long before gay Americans enjoy the same legal rights liberals and radicals earlier helped secure for women and racial minorities.

Organizers for immigrant rights can’t be so sanguine about their cause. After all, millions of loyal Republicans burn to send undocumented workers back where they came from. If elected, Romney would have trouble convincing his base to accept a policy that would enable people who migrated illegally to become citizens. Yet he also knows that future  GOP victories depend on wooing more Latino voters, and that leverage could give immigrant activists a fresh opportunity to mobilize for a humane and sensible policy. Obama, for his part, has already vowed to make immigration reform a top priority if he wins a second term.

Alas, environmentalists would undoubtedly struggle under the rule of Romney; neither can they assume Obama would actively take their side on the one problem that will, if not solved, endanger the entire world.  As long as far more Americans worry about keeping energy costs low and supplies plentiful than about the warming of the planet, environmentalism will remain the passion of a small group of mostly professional crusaders. Under Obama, some of these men and women would no doubt land or retain posts in the EPA and elsewhere in the federal bureaucracy. But they will keep on playing defense unless there emerges a visible grass-roots movement dedicated to protecting the grass, the roots and the billions of organisms they sustain.

Working-class Americans once had a powerful movement that protected and advanced their economic interests. Alas, the strength of organized labor has eroded over the past three decades under both Democratic and Republican chief executives. Bill Clinton and Barack Obama did appoint pro-union members to the National Labor Relations Board, but the ferocious hostility of corporations and their right-wing allies have made organizing a perilous, frustrating exercise even when a sympathizer sits in the White House. A reelected Obama might fight to preserve the bargaining rights of public workers, who are now the heart of the labor movement; Romney would surely seek to destroy them.

But a movement’s political clout seldom increases when its size and image are in decline. Labor needs to bring the issue of economic inequality into workplaces and communities all over the nation before it will have a real opportunity to grow again. In this effort, it could use a revival of Occupy, this time armed with a clear program to back up its critique of  the plutocratic 1 percent.

In the end, perhaps the most important thing a Democratic president can do for the left is to help alter the ideological terrain on which it operates. When Franklin Roosevelt suggested that labor could boost purchasing power during the Great Depression, he made it easier for working-class activists, some of whom were Socialists or Communists, to force General Motors and U.S. Steel to recognize unions in their factories. The civil rights act proposed by John Kennedy and enacted by Lyndon Johnson did more than rip away the legal face of Jim Crow. It did much to persuade white people that racism was no longer a nationally sanctioned belief.

According to this week’s Politico/Battleground poll, 58 percent of Americans say they are conservatives, while just 36 percent admit to being liberals. A portion of the first group will still vote for Barack Obama; “conservative” can signal a temperament rather than a zeal for cutting taxes on the rich or privatizing Medicare.  But the fact that no president in almost half a century has called himself a “liberal” makes it difficult for liberal activists, not to speak of “leftist” ones, to gain a following that stretches much beyond their bases in a few big cities and college campuses.

If  the left hopes to transform the U.S. into a more decent, egalitarian society, it has to change a lot of minds first. A president who speaks forthrightly about those ideals would help.