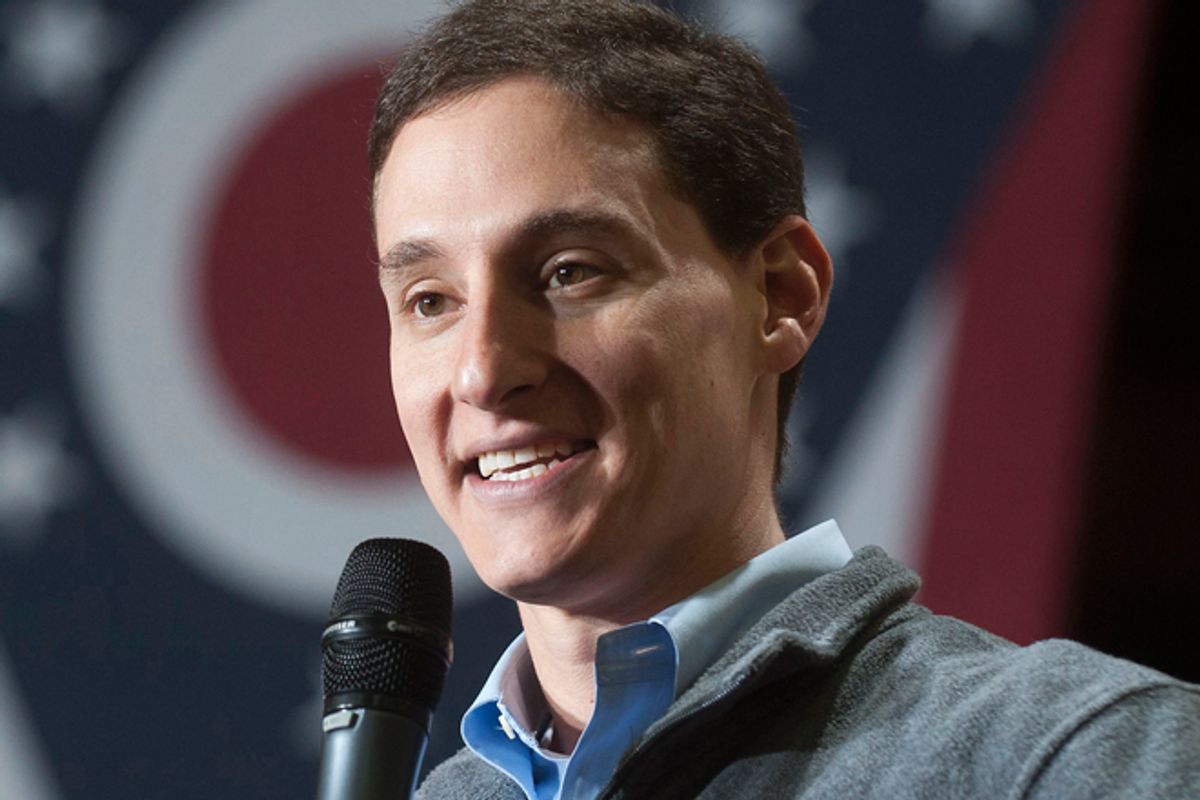 Ohio Republican Senate candidate Josh Mandel wants to reinstate "don't ask, don't tell," says marriage equality would undermine “the sanctity of marriage,” and voted against a bill to extend employment non-discrimination protections to gay people. This has earned him criticism from gay rights activists, and also, now, his own relatives.

Mandel's wife's cousins took out an ad in the Cleveland Jewish News to publish their open letter blasting Mandel for his anti-gays views. Nine of his relatives signed onto the missive, most of them from the Ratner family, a prominent Jewish family in Cleveland into which Mandel married. "Your discriminatory stance violates these core values of our family," they wrote.

"Four years ago you came into our family. We still remember the excitement surrounding your wedding, and how happy our family members were as they described it afterwards. So we were deeply saddened when you announced during your October 18th debate with Senator Sherrod Brown that you believe only some people should share this right to marry the person they love, while others should not," they continued.

"Your cousins, Ellen Ratner and Cholene Espinoza, are among the many wonderful couples whose rights you do not recognize. They were married almost eight years ago in Massachusetts," the letter explained. "We are equally distressed by your belief that gay men and women should not be allowed to serve openly in the military. Like you, Cholene spent many years in the armed forces."

Read the full letter here. Mandel, the state treasurer, is trailing Sen. Sherrod Brown in the Ohio's high-profile senatorial race. The campaign has attracted more outside money than any other in the country.