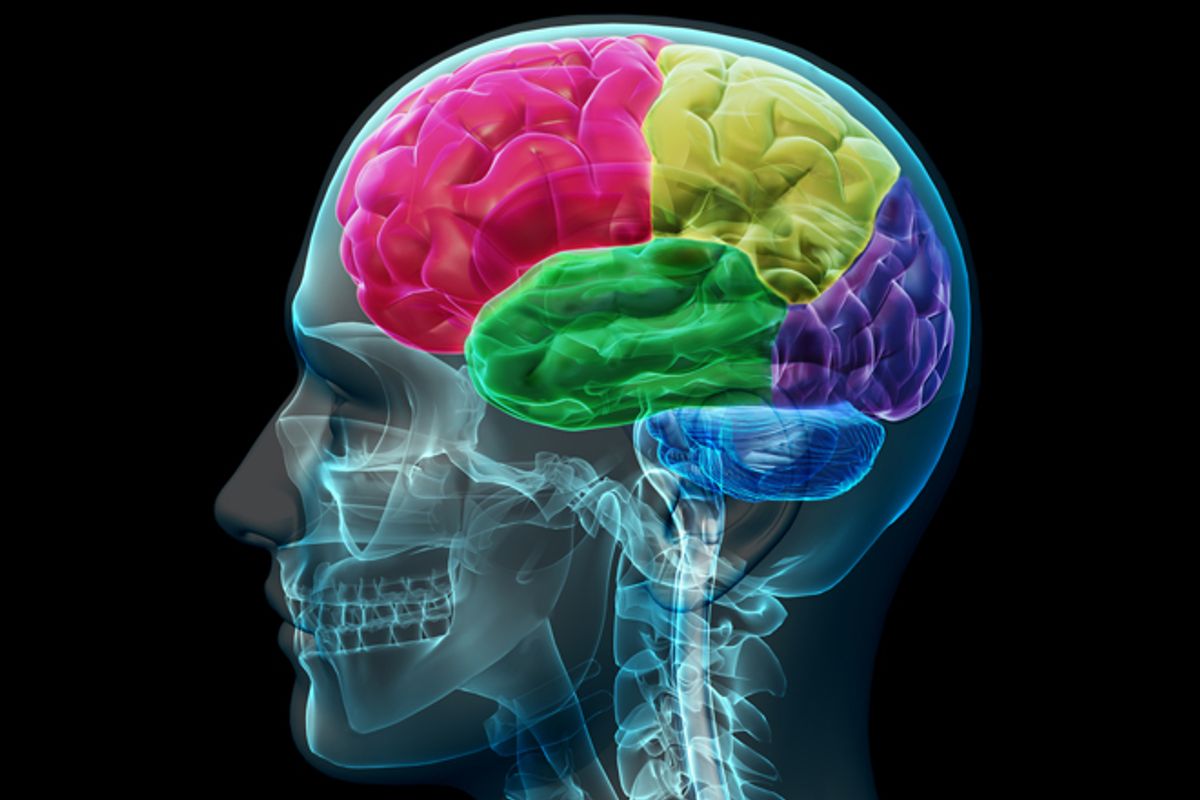 Your theme is memory, but not the sort of memory that automatically embeds itself in our minds, like a first kiss.

You wrote that memorising is a "primal capacity from which too many of us have become estranged." Please explain.

One of the things that I was surprised by in my research was that although the idea of a disciplined, trained memory feels novel to us today, it was commonplace in ancient history. Once upon a time, people treated their memories with more sanctity. They cultivated their memories. Today we don’t think of furnishing our minds, and few schools emphasise memorisation.

So how did we become estranged from this “primal capacity?”

Our culture changed. Technology allowed us to outsource our memories. I’m referring to technology in the broadest possible sense, encapsulating everything from the alphabet to the Blackberry. These technologies remember for us. Once you had printed books, it was no longer important to keep thoughts in your mind because you could reference them externally. We no longer needed to exercise our memories to the limits of their capacity. To some extent, we’ve forgotten how to remember.

Let’s turn to those artificial repositories of thoughts and facts – books. Starting with The Art of Memory by Frances Yates.

It’s the book that started the whole field of academic research into the art of memory. For anyone interested in the subject, it’s the first thing to read. Yates starts with the ancient Greeks and tells the story of how the art of memory began, then went through a number of transformations. In the Middle Ages it became associated with religious remembering. During the Renaissance it got wrapped up with a whole bunch of Kabbalistic and hermetic ideas that were in the air at the time. Yates’s story ends with the Renaissance, but the story of mnemonics continues and subsequent scholars have brought the story up to date.

Yates writes about a mental device for memory retrieval called a “memory palace”. What is this?

A memory palace is an imagined edifice in your mind’s eye that you use to structure and store information. In the case of Cicero, that information was a speech. In the case of mental athletes, it might be the order of a shuffled deck of cards. The memory palace is a device that was invented, at least according to legend, in the fifth century BC. Simonides, the famous Greek poet, had an old-fashioned epiphany after a traumatic event. Moments after he exited a banquet the roof collapsed, killing all inside and mangling the bodies beyond recognition. According to legend, although it’s almost certainly apocryphal, Simonides used the power of his memory to identify the bodies because he could see in his mind’s eye where each of the guests had sat. What Simonides realised, after the event, was that our visual and spatial memories are powerful. This is the birth story of the “memory palace”. We seem to be innately good at remembering things visually. Figuring out how to remember things is what many of these ancient memory techniques are about. If you can engage the visual part of your brain in remembering, it makes stuff stickier.

So how do you construct a memory palace?

The idea is to take a building that you are intimately familiar with and deposit imagery in that building which is so vivid that you can’t forget it. By placing the memories within this edifice you are tying them together and keeping them in order. Mnemonists say their skills are as much about creativity as memory.

Please explain the role of creativity in the art of memory?

Many memory techniques involve creating unforgettable imagery, in your mind’s eye. That’s an act of imagination. Creating really weird imagery really quickly was the most fun part of my training to compete in the US Memory Competition.

Rhetorica Ad Herennium, the book you’re talking about, is actually a guide for orators. Embedded in this long book about rhetoric is a section on how to remember the stuff you’re going to be talking about. It’s one of the only descriptions of ancient memory techniques that survived into the Middle Ages. There clearly were many others. When Cicero wrote about memory techniques, he basically said that they were so well known that he wouldn’t review them in detail. His assumption was that everybody knew this stuff.

Let’s move on to Medievalist Mary Carruthers’s The Book of Memory.

This is the best study of the role that memory plays in medieval culture. We reserve the term genius for people who are creative, who are innovators, who think in ways that are entirely new. In the middle ages, the term genius was reserved for people with the best memories. That is telling.

How did medieval mnemonics both borrow from and add to ancient systems of memory?

Tell us about the illustrations in this book and what we can learn about memory from medieval illuminations.

During the Middle Ages they understood that words accompanied by imagery are much more memorable. By making the margins of a book colorful and beautiful, illuminations help make the text unforgettable. It’s unfortunate that we’ve lost the art of illumination. The fact that books today are mostly a string of words makes it easier to forget the text. With the impact of the iPad and the future of the book being up for re-imagination, I wonder whether we’ll rediscover the importance of making texts richer visually.

What can we learn about memory from psychologist David Rubin’s treatise on oral traditions?

This is such a good book. He applies learning from cognitive science to help us understand oral traditions, stories passed down by word of mouth including The Iliadand The Odyssey. He takes a cross-disciplinary approach. One of the things he writes about is that the ancients understood things about cognition that have only been rediscovered recently.

One of those things is that rhyme and rhythmic speech are not merely for euphony but for memory too. Right?

Right. The use of visual imagery to imprint memories is not the only mnemonic device. Rhyme and rhythm are also mnemonic. One of the best ways to make something memorable is by using rhyme and meter and rhythm and song. That seems to be howThe Odyssey and The Iliad were transmitted.

How does psychology confirm and challenge the art of memory?

Scientists have tested mnemonic techniques, and proved that they work. Studies show that you can easily teach elderly people to use memory techniques, but that once they leave laboratory conditions they forget to apply the techniques. Cognitive science has taught us that learning to retain information is easy, but that remembering to remember is hard. It’s intuitive, but important to keep in mind, that if you don’t try to make things memorable you’ll forget them.

Onto another book rooted in mind science. Tell us about Metaphors of Memoryby Douwe Draaisma?

This is a book that should be more widely known. Draaisma is a Dutch historian of psychology and ideas who has written a couple of books about the mind that are filled with wonderfully weird anecdotes and terrific insights. Metaphors of Memory is a history of how we’ve talked about memory over time. Today we talk about photographic memory or digital memory; we analogise our memories to the technologies of our era. That’s always been true. The Greeks talked of memory as though it were a wax tablet. In the middle of the last century thinkers saw memory as a hologram. Draaisma writes about how these metaphors shape what we think about memory.

Draaisma points out that to Socrates, memory was an aviary. For St Augustine it was a treasure house. Freud called memory a mystic writing pad. What is the most resonant metaphor for memory that you’ve come across or devised?

Memory is a playground. It’s not my own metaphor, that’s what I was once told by the man who trained me to become a mental athlete. The act of making something memorable involves finding what is meaningful, significant and colourful in a piece of information or experience. The more fun you have with this, the stickier your memories will be.

Is metaphor a mnemonic tool too?

Yes. Let’s go back to that story about Simonides. Although it’s probably apocryphal, it’s never been forgotten because it’s a useful way of understanding mnemonic principles. I mention this again to make the point that comprehension and retention are made easier through association with stories or mere metaphors. So yes, the analogised imagery in metaphors makes ideas and information easier to recollect.

Finally, let’s turn to The Mind of a Mnemonist, a monograph by a renowned Russian neuropsychologist, Alexander Luria. He subtitles it “a little book about a vast memory”. Tell us about Luria’s subject.

This book created the entire genre of humanistic clinical histories. Without Luria, there could be no Oliver Sacks, the British neurologist who wrote Awakenings. For 30 years, Luria studied a journalist called Solomon Shereshevsky or simply ‘S’. Supposedly, S had a vacuum cleaner memory. He could remember anything.

Luria is a terrific writer, but he didn’t document S’s skills with the kind of detail that is required to compare S with people who live today. Luria is so concerned with telling a good story that he doesn’t rigorously describe S’s abilities. We don’t have any other records of S, this seemingly singular character in the history of psychology. As a result it’s hard to draw too many conclusions from this book.

What does Luria’s study of S teach us about the human condition?

S seemed to remember too well. He was ineffectual as a journalist and ultimately couldn’t make a living as anything other than a stage performer — a memory freak. I think that points to something profound. Forgetting is an important part of learning, it teaches us to abstract. Because S remembered too much, he couldn’t process what he witnessed, and as a result he couldn’t make his way in the world.

What is the first thing you can remember memorising?

When I was four or five, my overzealous older brother sat me down with a map of the United States and the mission of memorising the capitals of every state. That was my earliest feat of memorisation.

Do you remember how you got it fixed in your mind?

I don’t remember anything from that period. Except the state capitals.

In the course of writing your book, you won the title of US Memory Champion in 2006. What stuck in your mind about that experience?

What stuck in my mind most about the whole experience is not the contest, the training or even winning the trophy. It’s a guy I met who had no memory whatsoever. His brain was attacked by a virus that cored it like an apple — it wiped out his ability to remember anything that happened since about 1950, as well as his ability to form new memories. He was an incredible window into how our memories make us who we are. Even though he couldn’t remember me for more than five minutes, I’ll never forget him.