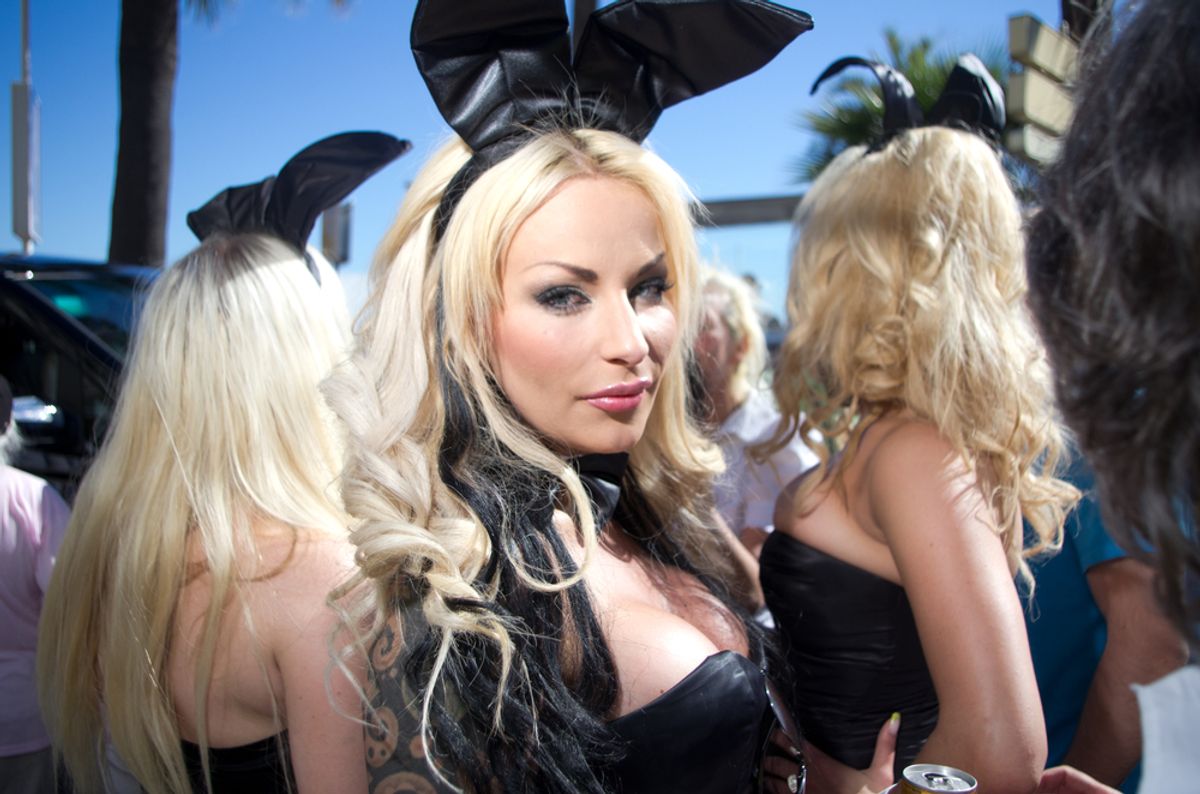 Playboy, a brand that's built an entire industry on sex appeal, is coming to India, a nation that remains very shy of sex appeal. Although the magazine is still banned in India, a Mumbai-based company has licenses to promote the Playboy brand with hotels, bars and clubs, the first of which will open in mid-December at Goa's Candolim Beach--albeit with an Indian twist.

According to the Daily Mail, the head of the Indian club, Sanjay Gupta, wants to "separate the powerful Playboy brand from its adult associations" and turn it into "an aspirational lifestyle brand for the growing Indian middle class." "We will dissociate from nudity completely," said Gupta. "We are positioning it around lifestyle, aspiration and glamor." (Even the iconic Playboy bunny costume will be toned down, "keeping in mind Indian sensibilities").

But Nikhil Desai, Goa's director of tourism, remains unconvinced that Gupta can make the Playboy club a wife-friendly place, as he claims it will be: "Assuming there is going to be vulgarity and activities that are not in tune with the Goan culture, their proposal will not be granted permission." He added, "However, they could be setting up a perfectly decent club."

PB Lifestyle has plans to open another Playboy club in Hyderabad, India in 2013.