As after Katrina, FEMA trailers may have to be used in some areas 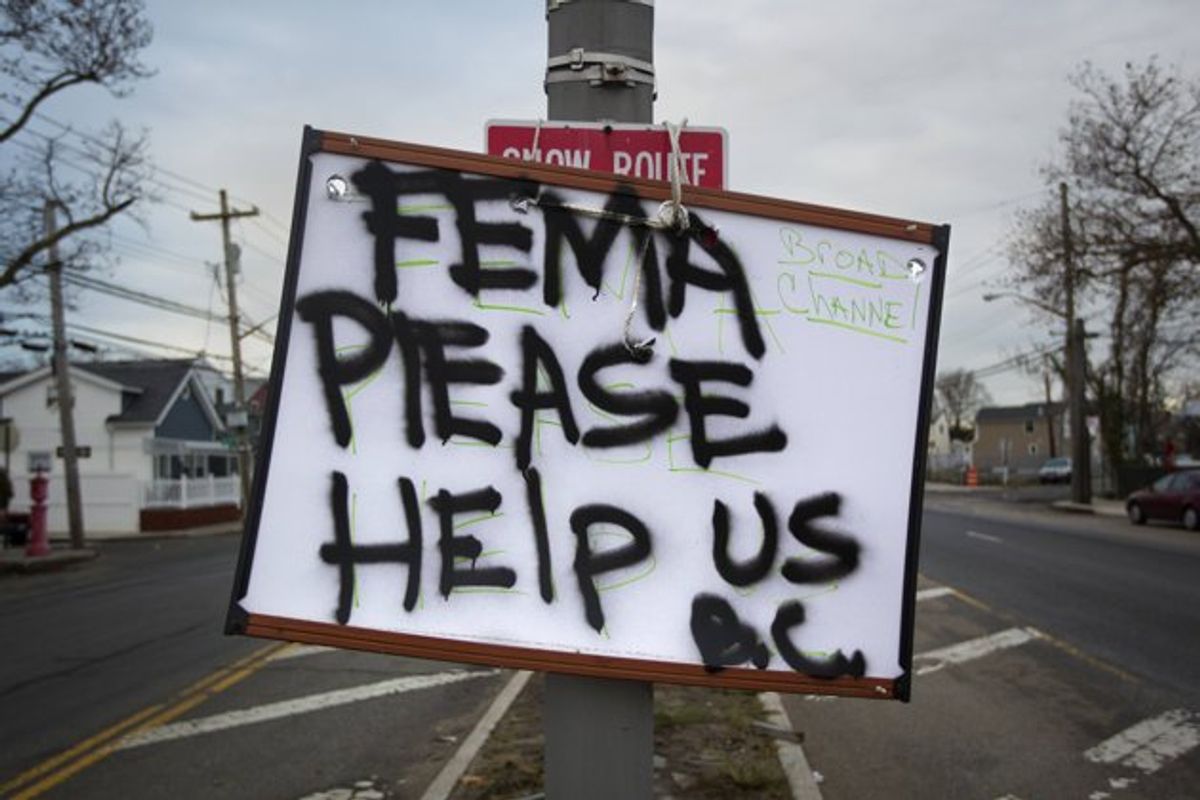 Hurricane Sandy has left as many as 40,000 New Yorkers homeless according to city officials Sunday. Mayor Michael Bloomberg said the figure projected a worst case scenario, reported the New York Times, and that likely 20,000 were made homeless by the storm -- "most of them residents of public housing."

With a shortage in public housing stock throughout the storm-struck region, officials in New York, New Jersey and Connecticut will struggle to find replacement homes for Sandy's victims. The Times reported that hotels or apartments would be used for temporary housing. However, "in some cases, the solution may be a familiar, if unwelcome sight: the trailers provided by the Federal Emergency Management Agency after Hurricane Katrina," reported the Times, adding:

It is still uncertain how many people would ultimately need housing, temporary or otherwise. In New Jersey alone, over 5,000 people remain in shelters and tens of thousands who evacuated their homes now reside with relatives and friends. Those with no homes to return to will have to find a new place to live.

And while the East Coast currently endures freezing temperatures and prepares for another (albeit much smaller) storm later this week, resentment s growing in the worst hit areas. The Manhattan skyline sparkles again by night, but New York's storm besieged, working class communities on the Rockaway Pensinsula -- which remain without power -- complain of neglect by FEMA and city officials. During a visit to the Rockaways on Saturday, Mayor Bloomberg was met by angry residents in an encounter captured by NY1. "When are we gonna get help?" shouted one woman. "We've got nothing here... we can't even get a bottle of water" followed a local man.

As Salon reported last week, local volunteer efforts bottomlined by Occupy activists are bringing supplies and manpower to the Rockaways and other storm-battered areas while official help falls short.