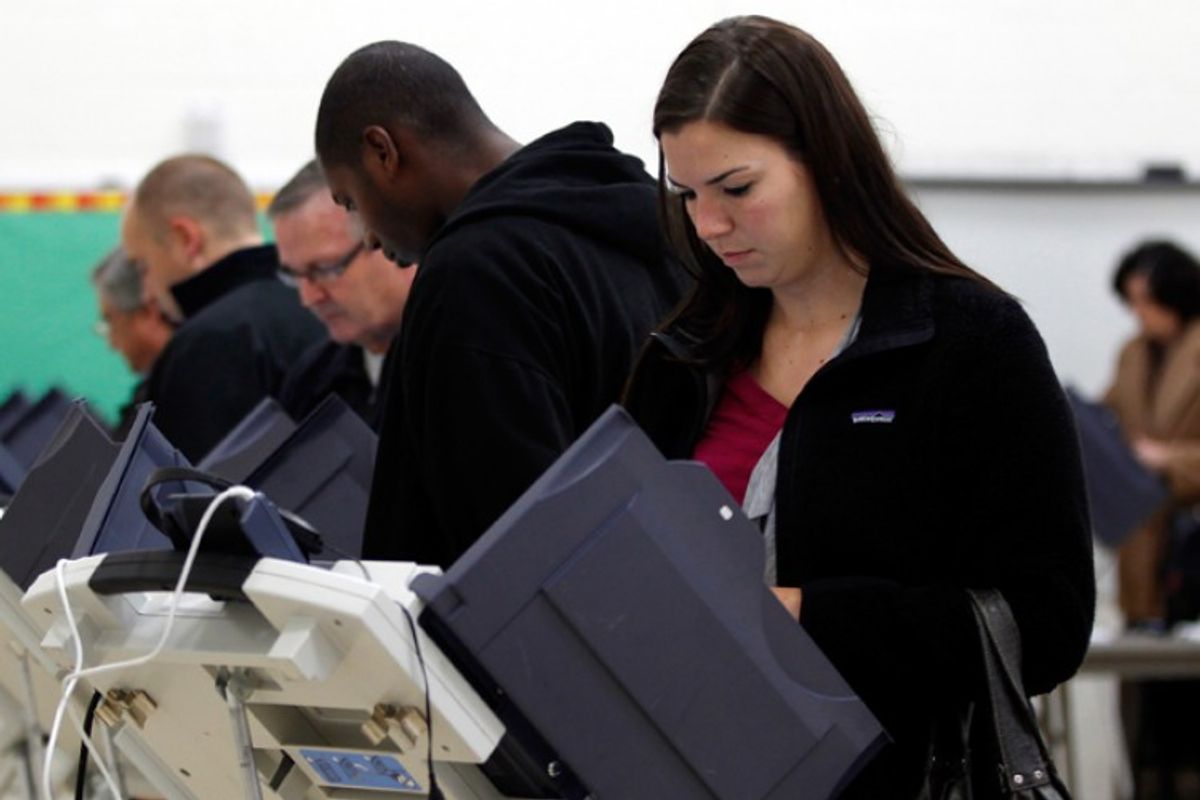 The Tea Party group True the Vote has promised to train and deploy up to 1 million poll watchers today in an effort that many progressives fear is a veiled attempt to intimidate voters and suppress turnout. The groups’ activists, often garbed in suits and armed with cameras and clipboards, make it their business to challenge, on various pretexts, the rights of voters to cast their ballots -- usually, it seems, in minority precincts. This is legal (though intentionally targeting minority neighborhoods is not), but poll observers have also been  accused of hovering over voters, blocking lines of people who were trying to cast ballots, harassing official poll workers, demanding personal information outside of polling places, and filming people as they enter or exit the polling place. All this, of course, in the name of combating voter fraud, which study after independent study has found to be virtually nonexistent.

But as it turns out, a rare instance of genuine voter fraud may be traceable to...True the Vote! The group reportedly forged signatures on forms necessary to place observers in African-American neighborhoods in Central Ohio. Ohio political blog Plunderbund reports that forms filed by True the Vote in Franklin County, which includes Columbus, included signatures copied from a previous set of forms filed in early October by several candidates. Six of the candidates whose names appeared on the original form “had withdrawn permission to use their signatures prior to the submission of today’s forms," and one told election officials her named had been “forged” on True the Vote's forms.

The group may also face an investigation for possibly falsifying signatures, a fifth-degree felony, Elections Director William Anthony Jr. said. The Cleveland Dispatch reports that one person told the elections board that she attended True the Vote training sessions in which observers were instructed to intimidate voters at polling places with cameras and by entering their names onto tablet computers.