The former congressman used Twitter for the first time since his sexting scandal, which started on the site 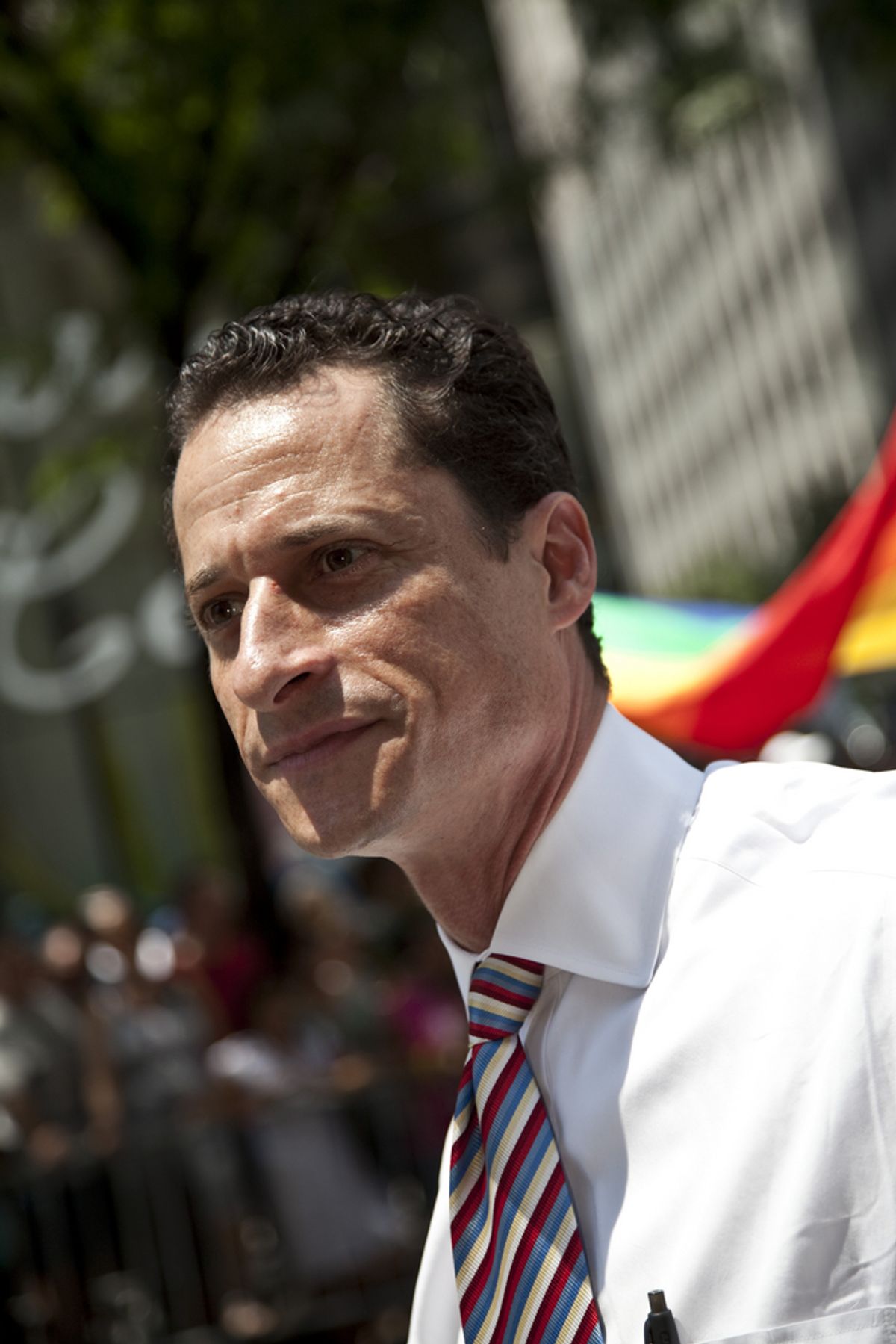 After a sexually explicit photo on Twitter landed former Rep. Anthony Weiner in a sexting scandal (dubbed "Weinergate" by the media) the New York representative resigned from Congress on June 16, 2011. His Twitter account has, unsurprisingly, remained inactive since then.

That is, until today. Perhaps inspired by the dire need for relief from Hurricane Sandy, Weiner tweeted a link to a video called "Rockaway needs us" to his followers:

Although it might signal nothing significant for Weiner, the Observer points out that the tweet could be "an attempt to dip his toe into the water for a return to the public eye," as some believe he may eventually seek to reboot his political career.