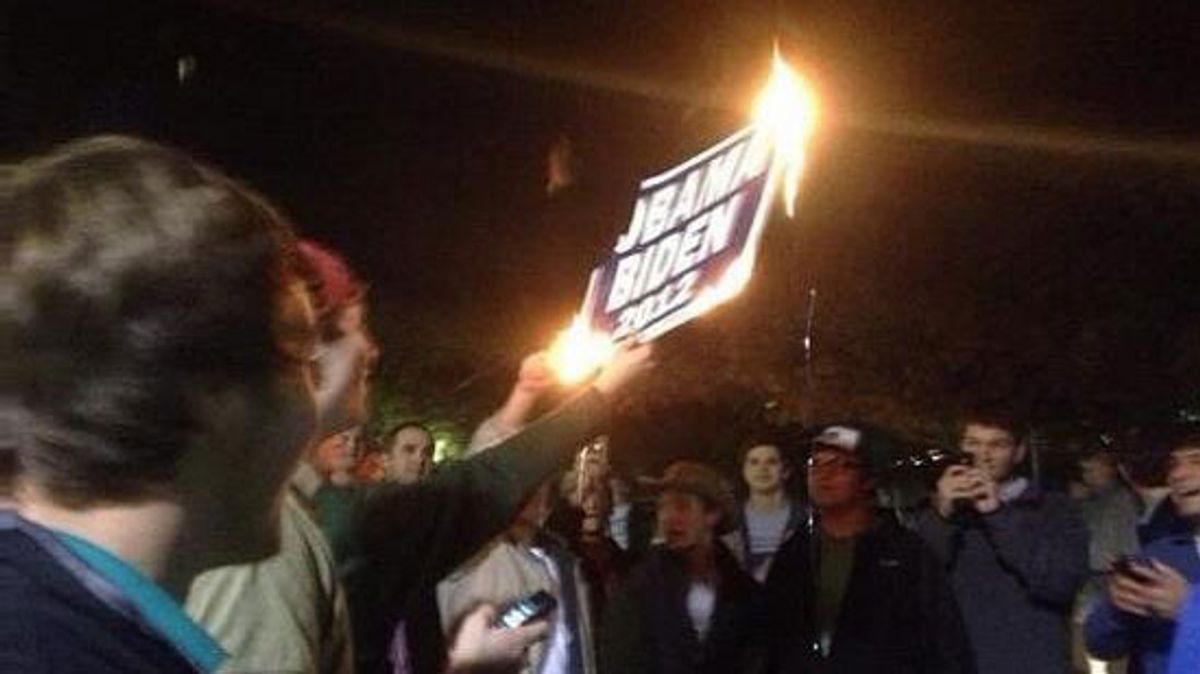 According to local reports, up to 400 students from the University of Mississippi staged a riotous protest last night at the news of Obama's reelection. The Jackson Clarion Ledger reported that "students were heard shouting racial epithets about Obama and African Americans in general. Police were called to the scene and the crowd broke up around 12:30 a.m."

Reports conflict over whether rocks were thrown, but Twitter images testify that an "Obama Biden" campaign sign was burned. No one was arrested or injured -- in the context of the Oxford campus's history of racist violence, it's a stretch to call last night's incident a "riot."

In the video below, an amateur videographer notes of the crowd, "it's majority white people. That's all I've got to say about that":