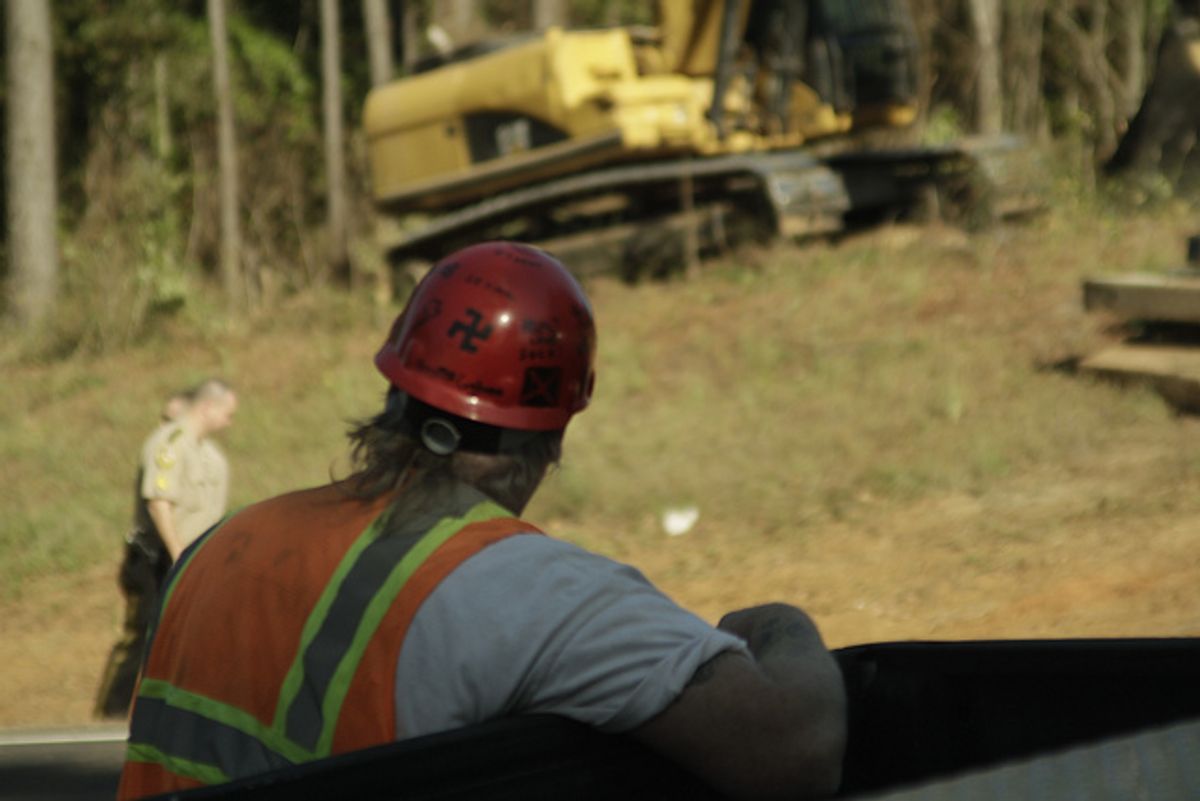 It is not uncommon for environmental activists to refer to their big business opponents as "fascists." It is, however, less common for an environmentalist's bête noire to actively own the term.

Yet according to photo and video evidence captured during a protest against Keystone XL pipeline construction in Texas last week, there appears to be an actual neo-Nazi among the ranks of construction workers (see image above).

"[A] Keystone XL construction supervisor was on scene directing workers and police while wearing a helmet covered questionable symbols: a Swastika and confederate flag," noted the Tar Sands Blockade group, which is spearheading resistance to the TransCanada-owned pipeline -- a project that threatens water supplies and ecosystems, expands U.S. reliance on oil and promises to further line Koch brother pockets.

Ron Seifert, an activist and spokesperson for the Tar Sands Blockade, confirmed the veracity of the racist symbol image. "It's very real, not tampered with at all. I was there," he told Salon. Footage from the protest (see below) -- during which Green Party nominee for president Jill Stein was arrested -- also captures the Nazi-helmeted man.