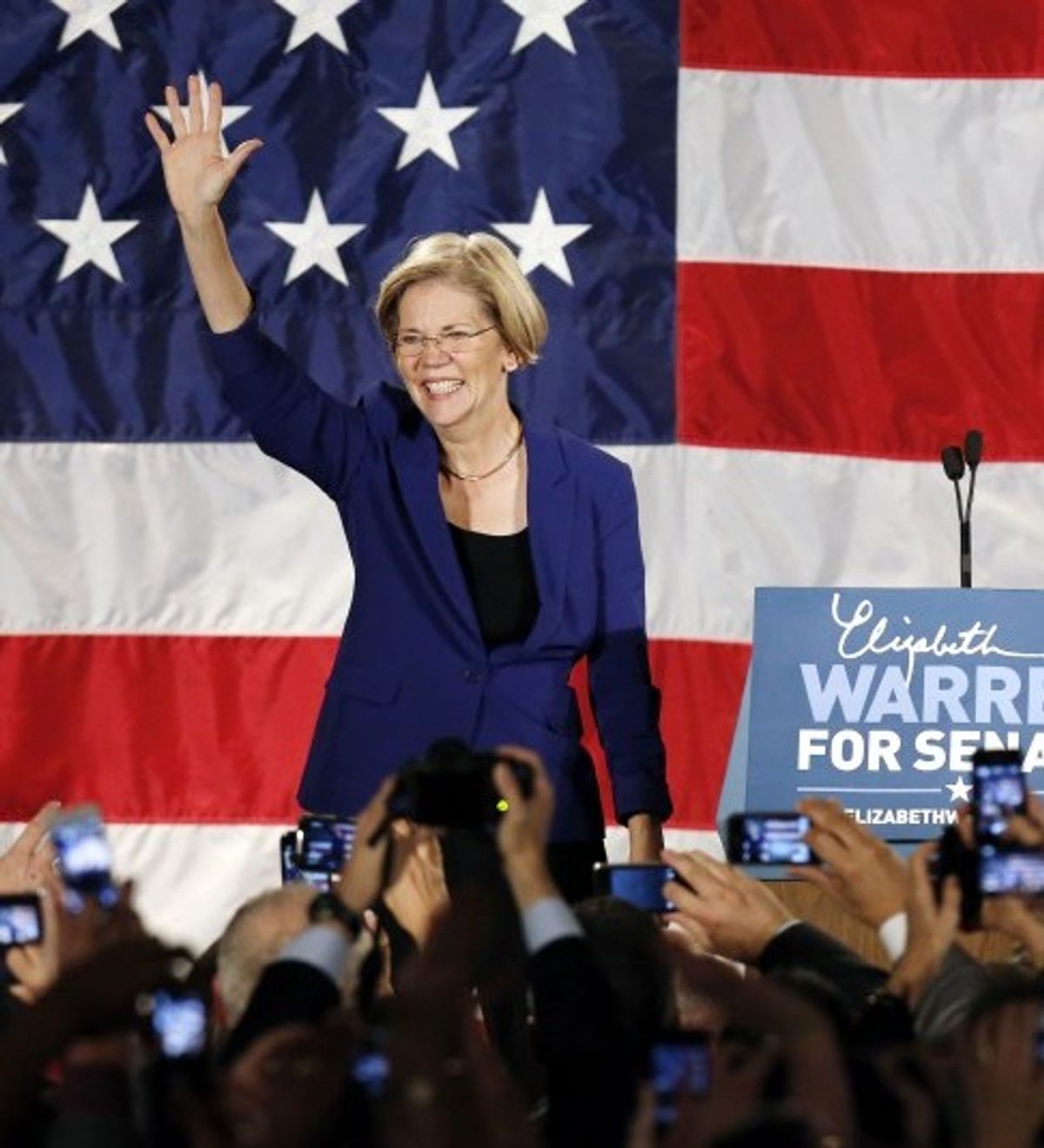 Yesterday, Massachusetts voters flocked to the polls to cast their ballots for Senate candidate Elizabeth Warren, and today the state is celebrating once again being a beacon of liberalism.

Warren, who beat out the incumbent Republican Scott Brown in a bitter election, ran a campaign centered on connecting the dots between economic policies and personal values. A Harvard bankruptcy-law professor, Warren trumpeted a platform that called for economic reform, financial regulation and the protection of Social Security, Medicare and other safety-net programs.

"We said this election is about whose side you're on," Warren told The Huffington Post . "I think of this as an election where we stuck to our values: Make sure Social Security and Medicare benefits are protected, and millionaires and billionaires pay their fair share. To me, that's the heart of it. That's really where the basic social contract is reaffirmed.”

This type of populist platform became increasingly risky after Citizens United allowed for the infusion of billions of dollars into state elections. Warren was already well disliked on Wall Street for her role in creating and heading the Consumer Financial Protection Bureau, a watchdog agency that seeks “to make markets for consumer financial products and services work for Americans — whether they are applying for a mortgage, choosing among credit cards, or using any number of other consumer financial products.”

Yet, Warren refused to compromise her platform, and now attributes her victory to her unflagging commitment to the social contract throughout her campaign. Last fall, Warren was one of the few politicians to speak positively about Occupy Wall Street, although she was careful to distance her senate race from the trajectory of the grassroots movement.

"I've been protesting what's been going on on Wall Street for a very long time," she said during a campaign speech in November.

She will be the first woman elected to the Massachusetts Senate. Her platform includes cutting subsidies for Big Oil and pushing alternative energy; defending universal healthcare; passing equal pay legislation; implementing a comprehensive immigration reform that would create a path to citizenship; and using mortgage principal write-downs to alleviate the ongoing housing crisis.

In other areas of the country, liberalism trumped reactionary conservatism, demonstrating a sharp swing away from the Tea Party’s triumph in 2010. Minnesota, Maine and Maryland legalized marriage equality, while Colorado and Washington state legalized marijuana. Meanwhile, five GOP candidates who had been caught condoning or not outright denying rape all lost their races.