Man behind "Innocence of Muslims" gets one year in prison 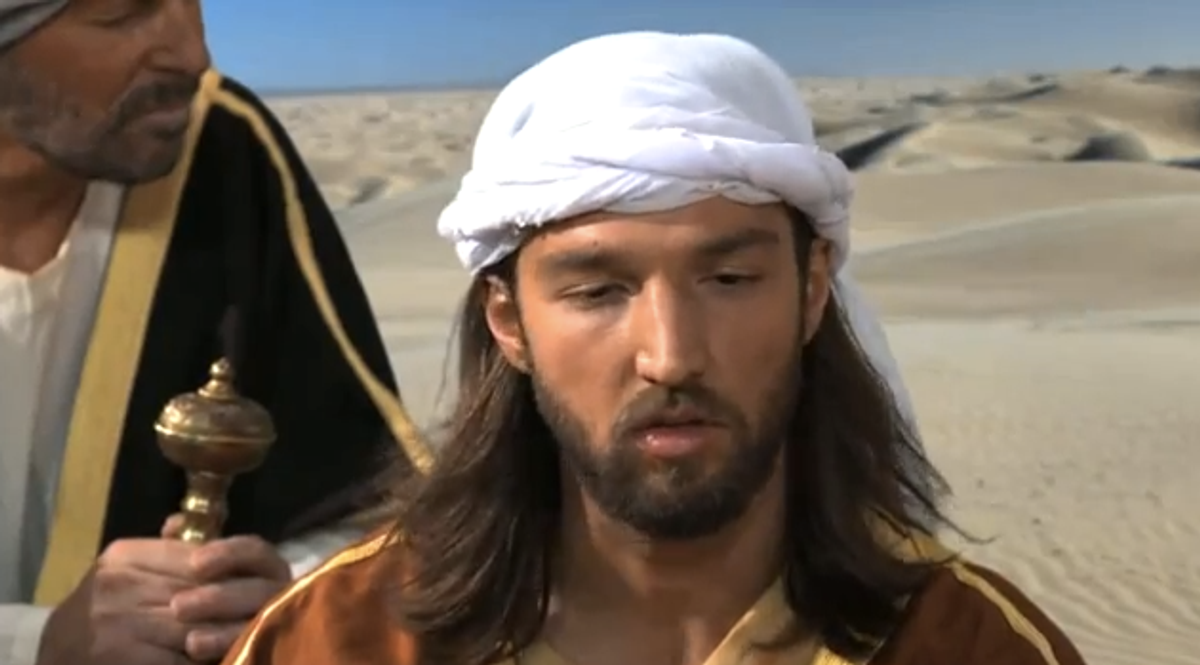 LOS ANGELES (AP) -- The man behind an anti-Muslim film that led to violence in many parts of the Middle East agreed to spend a year in federal prison for unrelated probation violations, but afterward issued a statement that appeared to reinforce his stern stance against Islam.

The man who calls himself Mark Bassely Youssef and has used numerous aliases speaks English but asked for an Arabic language interpreter on Wednesday, at a hearing that resulted in a plea bargain between his lawyers and federal prosecutors.

Youssef, an Egyptian-born Christian who is a U.S. citizen, sent his attorney out to the courthouse steps with a message for the media: "The one thing he wanted me to tell all of you is President Obama may have gotten Osama bin Laden, but he didn't kill the ideology," attorney Steven Seiden said.

Asked what that meant, Seiden said, "I didn't ask him, and I don't know."

The prosecutor spoke in court of the toll taken on actors who participated in the filming of "Innocence of Muslims," an anti-Islamic screed that was previewed in a 14-minute trailer posted on YouTube.

Dugdale said authorities have not been able to establish definitively who posted it online. The film portrays Muhammad as a religious fraud, womanizer and pedophile.

He argued Youssef's lies about his identity have caused harm to others, including the film's cast and crew. Deadly violence related to the film broke out on Sept. 11 and spread to many parts of the Middle East.

"They had no idea he was a recently released felon," Dugdale said Wednesday. "Had they known that, they might have had second thoughts" about being part of the film.

He said they had received death threats and feel their careers have been ruined. He also said the words they spoke in the movie were changed without their knowledge through dubbing.

Seiden replied that, "People involved in moviemaking are entitled to change anything. And the actresses signed releases."

Seiden said his client admits to being the film's scriptwriter but had no other involvement except what he described as being a "cultural adviser."

The bearded, balding Youssef shuffled into court in shackles and a white prison jumpsuit. His lawyer said he has been held in solitary confinement.

The courtroom was guarded by several armed U.S. Marshals in fatigues. Spectators were kept to a minimum and only one pool reporter from The Associated Press was allowed in court. Other media watched proceedings on a closed circuit TV feed.

Federal authorities initially sought a two-year sentence for Youssef. Seiden argued for his client to be allowed to serve his term under home confinement, but the judge refused. Dugdale argued that was not sufficient punishment.

U.S. District Court Judge Christina Snyder accepted the plea agreement and immediately sentenced Youssef after he admitted to four of the eight alleged violations, including obtaining a fraudulent California driver's license. Prosecutors agreed to drop the other four allegations under the plea deal, which included four years of additional probation time.

Youssef, 55, was arrested in late September, just weeks after he went into hiding when the violence erupted. Enraged Muslims demanded severe punishment for Youssef, with a Pakistani cabinet minister offering $100,000 to anyone who kills him.

Youssef will spend his time behind bars at a Southern California prison. He previously served most of his 21-month prison sentence for using more than a dozen aliases and opening about 60 bank accounts to conduct a check fraud scheme, prosecutors said.

After he was released from prison, Youssef was barred from using computers or the Internet for five years without approval from his probation officer.

"This is a defendant who has engaged in a long pattern of deception," Dugdale said. "His dishonesty goes back years."