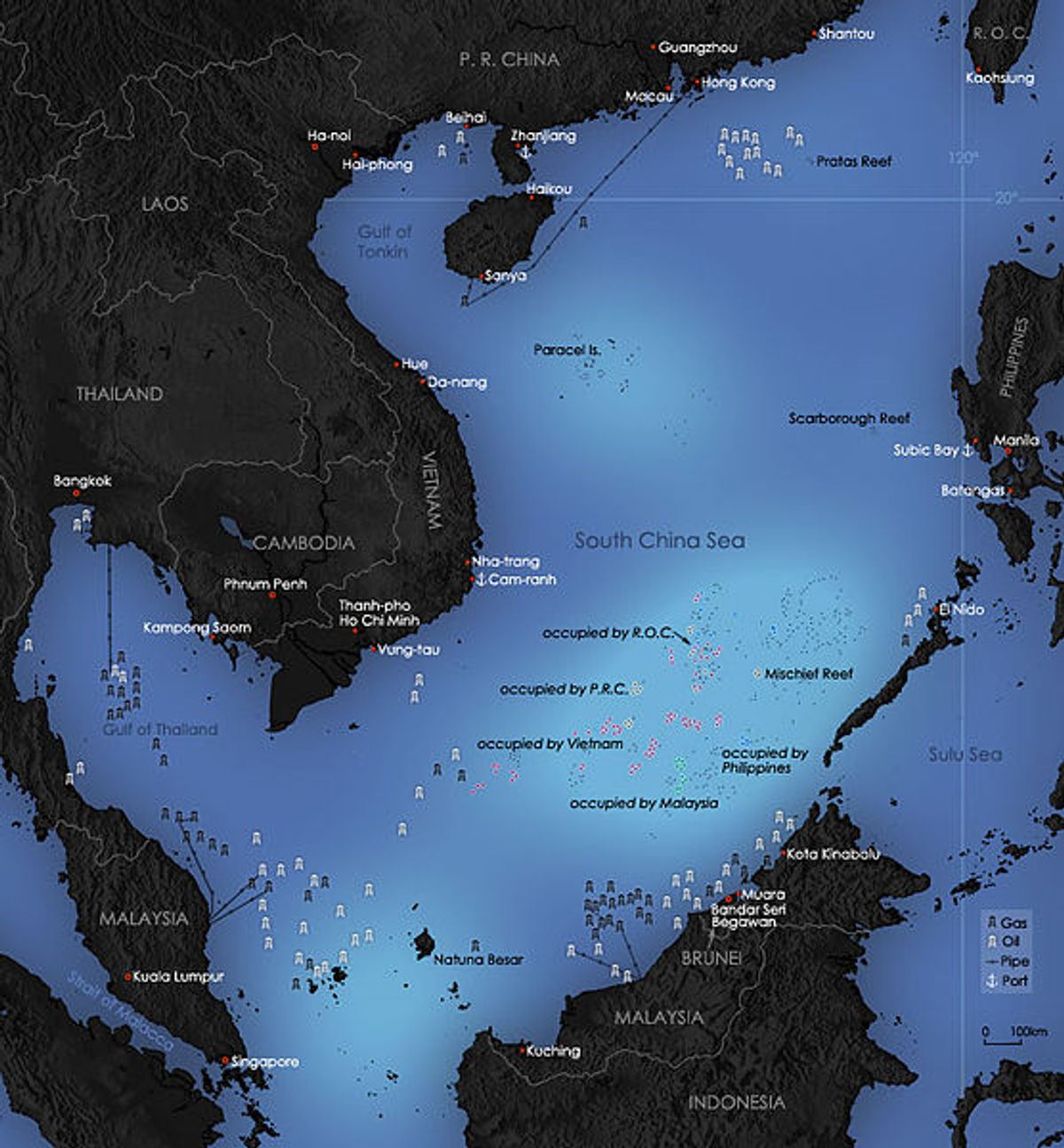 Tense disputes over South China Sea (SCS) territories may soon be rendered moot -- but for no diplomatic reasons. According to the Diplomat, an Asia-Pacific-focused publication, rising sea levels linked to climate change could submerge the disputed, resource-rich islands and upturn territory claims premised on a U.N. convention relating to above sea level land.

The 1.3-million-square-mile area of the SCS has become an increasing focus of dispute, "With unproven oil reserves in the range of 28 to 213 billion barrels, massive mineral deposits in the seabed, and millions of tons of potential fisheries," according to the Diplomat. China and six other Southeast Asian nations are currently arguing over the low-lying islands.

"With imminent sea-level rise on the horizon, the low-lying islands of the SCS will likely disappear; thus jeopardizing the framework of this pivotal convention, while scuttling the various claims," the Diplomat reported.

Environmental predictions state sea level will rise around 3 to 6 feet over this century and some SCS land is no more than a few inches above sea level. Little wonder that Chinese scientists are regularly monitoring sea levels in their surrounding waters. The concern, then, is that if all SCS claimants fear the submerging of the territory, they might turn to force to legitimize claims over the area outside of U.N. conventions relating to dry land -- arguments over which might soon be obsolete.