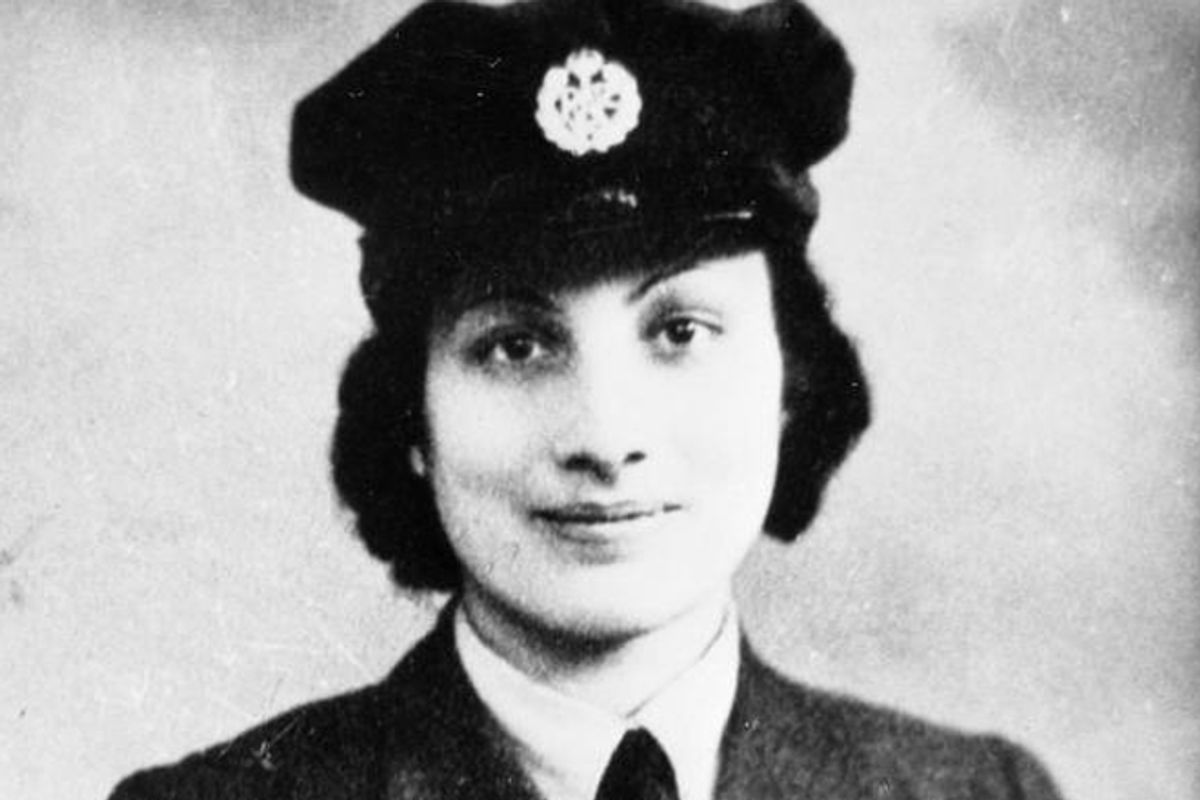 “Skyfall,” the new Bond movie, is being hailed as the superannuated old franchise’s most feminist installment yet, thanks to its well-drawn female characters and only light sexism from Daniel Craig’s 007, as opposed to the ass-slapping, comically patronizing misogyny of yore. But next time around, the filmmakers might want to consider actually portraying modern reality by changing Bond’s gender. Women, the head of Mossad has proclaimed, are surpassing men in the espionage game, exhibiting markedly superior skills of endurance, perception and multitasking. It’s an appraisal with which Mike Scheuer, the first chief of the CIA’s dedicated al-Qaida tracking unit, would concur: The capture of al-Qaida higher-ups after 9/11 directly resulted from the efforts of his all-female investigation squad. “If I could have put out a sign on the door that said ‘No men need apply,’ I would have done it,” he remarked  recently. And of course, it was the forensically detailed intelligence gathered by “Jen,” the agency analyst who spent years tracking Osama bin Laden, that finally led a team of Navy SEALs to his secret compound in Abbottabad.

Television, as usual, is more in tune with the zeitgeist than the big screen, and audiences’ obsession with “Homeland’s” brilliant, complicated Carrie Mathison, as well as the prevalence of her less compelling correlates on shows like ABC’s “Covert Affairs” and Cinemax’s “Hunted,” reflects the altered image of female secret agents in the public imagination. No longer stereotyped as seductresses in the Mata-Hari mold or Bond girl-ish sidekicks, in art and in life women are executing heart-stoppingly intrepid, high-octane intelligence operations — albeit sometimes “with men along as props,” as a Mossad agent named “Ella” has conceded — a cultural backdrop against which one of WWII’s most courageous and undersung spies is finally getting a fitting remembrance.

It was nearly 70 years ago that a beautiful Indian-American, Noor-un-nisa Inayat Khan, aka "Madeleine," worked undercover as a radio operator in Nazi-occupied France, transmitting life-or-death intelligence as the only link between London and Paris — until she was betrayed, captured and murdered. One of only three women to be awarded the George Cross award for bravery, Noor was also posthumously honored with the Croix de Guerre by France, where she is revered to this day as “Madeleine of the Resistance.”

Though Noor’s story has been told in two biographies — "Noor-un-nisa Inayat Khan: 'Madeleine'," by her friend Jean Overton Fuller (now out of print), and "Spy Princess: The Life of Noor Inayat Khan,"  by London-based journalist Shrabani Basu — she has remained a more or less forgotten figure in Britain. But following a long campaign led by Basu, who enlisted the support of film director Gurinder Chadha, Members of Parliament from different parties, and Prime Minister David Cameron, a permanent memorial to the Allied heroine has been built in her honor. Today, on Nov. 8, Princess Anne will unveil a bronze bust of Noor-un-isa Inayat Khan in Gordon Square, Bloomsbury, in London. “History is littered with all kinds of forgotten heroes,” said Chadha, “and Noor is one of them. Without Noor’s involvement and her espionage activities, many more British soldiers would have died. Her bravery is an inspiration. Even though she was captured by the Germans and she was tortured, she never revealed any secrets.”

Born in Moscow in 1914, Noor was the first-born child of an American mother, Ora Ray Baker, and an Indian father, Hazrat Inayat Khan, a Sufi priest and direct descendant of Tipu Sultan, the 18th-century ruler of Mysore. Noor spent her early life in London, but when she was 6 the family moved to France and eventually settled in a grand house in Suresnes, just outside of Paris. The atmosphere at the Inayat Khans was far from conventional: In the large living room Noor’s father, Hazrat, an impressive figure with flowing beard and golden robes, led ceremonies of Universal Worship, which honored all religions. He also held summer schools at home, lecturing on spirituality. Although he died when Noor was just 13, she deeply absorbed his Sufi principles of non-violence and peaceful protest. But when war broke out in Europe, she and her brother, Vilayat, decided that they couldn’t bear to stand on the sidelines as terror was wreaked on innocent people. They left for England on June 5, 1940, alongside hoards of people fleeing the Nazis.

After a spell in the Women’s Auxiliary Air Force (WAAF) and some training in wireless transmission and Morse code, in the fall of 1942 Noor attracted the attention of Special Operations Executive, the Churchill-founded unit, now legendary but then shrouded in total secrecy, dedicated to sabotage and espionage against the Axis powers. Initially, it was simply thought that Noor’s fluency in French “might make her of value for operational purposes.” Then, during an interview at London’s Hotel Victoria, chief recruitment officer Selwyn Jepson realized that he was dealing with a person of rare intelligence and strength, “careful, tidy, painstaking,” who could be trusted implicitly. Stressing the terrific danger of working undercover, Jepson told Noor that since she wouldn’t be in uniform, she would have no protection under international laws of warfare and could easily be killed. Yet the shy young woman, who before the war had published children’s stories illustrated with woodland creatures and fairies, unhesitatingly expressed her eagerness to serve as an SEO agent.

On a moonlit night in June 1943, Noor, fresh from spy school at Beaulieu, was the first female radio operator ever to be dropped into Nazi-occupied France. As part of a network of agents responsible for sending intelligence back to England, “Madeleine” was equipped with a transmitter/receiver device, weighing about 30 pounds and fitting into an ordinary suitcase. With German wireless direction-finding vehicles — typically disguised as laundry and baker’s vans — regularly circling round, she had to be constantly vigilant, always finding surreptitious new locations and never staying on air for long. It was also crucial that she gave the unwavering impression of being completely French, never uttering a word or displaying a gesture that might give her away. For emergencies, she had four pills: Benzedrine, in case she needed to stay awake for a long spell; a sleeping pill, to drop in an enemy’s drink in a tight spot; a drug to induce stomach disturbance; and of course cyanide, to be bitten if she chose to die rather than endure torture or interrogation.

With incredible aplomb, Noor escaped various close shaves. While staying in an apartment in the 16th arrondissement, she decided to rig up her aerial in a tree outside the window in order to send an urgent transmission. As she fiddled with it, a German officer who lived in the building asked if she needed any help. She calmly accepted his offer, letting him assume that the aerial was for an ordinary radio. Another time she was on the Metro, and two German soldiers asked what was in her suitcase. “A cinematographic apparatus,” she responded coolly. They asked if they could look at it, and so she opened the case enough to provide a glimpse. “You can see all the little bulbs,” she bluffed. The soldiers obviously didn’t have a clue what they were looking at, simply saying, “We thought it was something else.”

Within weeks of Noor’s arrival in France, the Germans had tracked down and arrested the other operators in her network; as the only wireless transmitter left in Paris, she was both more vulnerable and more needed than ever. Her handler at SOE told her that the situation was too dangerous, and that she should return to England. But, ever steadfast in her commitment, she ignored his advice and continued carrying out vital work, including facilitating the provision of arms and money to the French Resistance, aiding the escape of 30 Allied airmen who had been shot down, and organizing false papers for other agents, all the while playing cat and mouse with the Gestapo, changing her appearance and eluding their pursuit.

In October her luck ran out, or rather someone double-crossed her. The Judas was almost certainly Renée Garry, the jealous sister of one of her French collaborators. However, it was later discovered that SOE’s Henri Déricourt, Noor’s first point of contact in France, was a double-agent. Either way, by this point Noor was being regularly followed by the Germans, and one night she entered her apartment to find Pierre Cartaud, a Frenchman who worked for the Gestapo. A violent struggle ensued, with Noor attacking her assailant so violently that he was forced to summon several men as backup, even though he had a gun and handcuffs.

At the SS headquarters at 84 Avenue Foch, Noor spent over a month locked up, refusing to cooperate with her interrogators — who never even learned her real name — before staging an audacious break-out with two other prisoners. (It was her second attempt: When she first arrived she climbed out of a bathroom window and was pulled back inside.) The night she was recaptured, SS Commandant Josef Kieffer visited her cell and offered a deal: If she declared in writing that no further escape attempts would be made, then he would keep her at the Avenue Foch, in the same humane conditions — otherwise, her fate would be severe. She rejected the proposal out of hand, telling him that it was her duty to seek escape so she could resume her activities. The next morning, she became the first British woman agent to be sent to Germany.

Classified as a “very dangerous prisoner” at Pforzheim prison in Southwest Germany, Noor was kept in chains, in solitary confinement, and denied the chance to communicate with anyone. Eventually the prison governor, horrified by this Gestapo-decreed barbarity the likes of which he’d never seen in his 50 years of prison service, defied orders to remove her handcuffs and chains, and allow her to walk around the courtyard. After 10 months at Pforzheim, Noor was taken to Dachau concentration camp, where she was beaten, tortured and shot dead. As the pistol was pressed into the back of her skull, she yelled “Liberté!” She was 30 years old.

Shrabani Basu’s biography, “Spy Princess,” has just been optioned by Hollywood-Mumbai filmmakers Zafar Hai and Tabrez Noorani, who are in talks with “leading British screenwriters” to make a film “with an international cast for a world market” — an endeavor that, if done well, will assure Noor’s much deserved earthly immortalization. And while the current vogue for female spy tales has surely enhanced the appeal of giving Noor’s heroic life the biopic treatment, her story will resonate with many other contemporary preoccupations. An archetypal citizen of the world, Noor-un-nisa Inayat Khan was a pacifist whose conscience compelled her to fight Fascism, a Muslim who gave her life to save the Jews, and a princess who shed her identity to go undercover in conditions she knew were deadly.

Noor often voiced a premonition that, like her teenage idol Joan of Arc, she would die young. Her brother Vilayat once remarked that “she had something of the ethereal fragrance of those angelic adolescents who rarely outlive a score of years.” But she always drew peace from the knowledge, inculcated by her father, that other metaphysical planes exist and the soul is immortal. The night she died, Vilayat had a dream he saw Noor walking toward him, surrounded by blue light. She told him, “I’m free.”