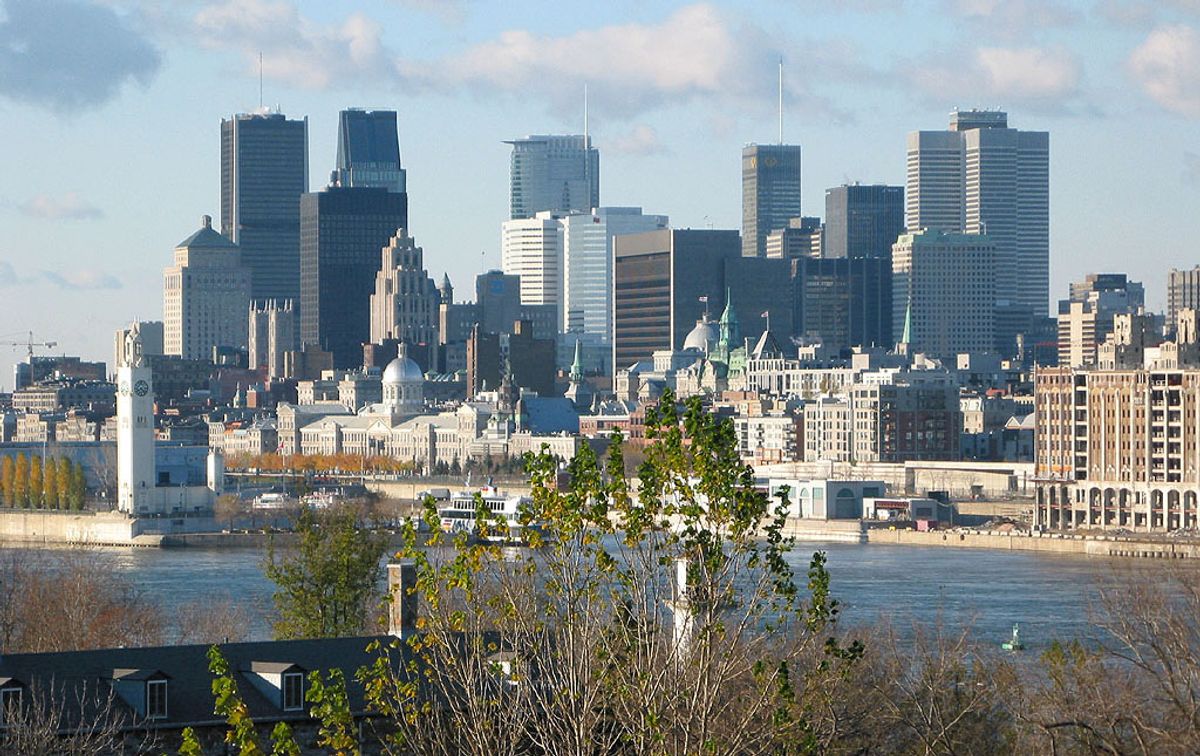 TORONTO, Canada — In the back room of the Cosenza Social Club, a strip mall café in an Italian neighborhood of Montreal, the city’s top mobster held court over piles of cash.

Hours of surveillance video captured by the RCMP, Canada’s national police, show the since-assassinated godfather of Montreal’s powerful Mafia, Nicolo Rizzuto, in variations of the same scene: counting bills, pausing only to lick his fingers, and stuffing the bundles in his knee-high socks.

No one is surprised that the mob conducts its illegal activities in cash. Shocking many, however, are revelations about the source of the money — a Mafia-controlled scheme that rigged bids and dispensed bribes on Montreal public construction contracts.

The scam, revealed in an ongoing corruption inquiry in Montreal, added an estimated 30 percent to the cost of municipal construction projects in Canada’s second-largest city — a corruption tax paid, in the end, by the city’s taxpayers.

The scheme reached deep inside city hall, and on Monday night it led to the downfall of Montreal’s long-serving mayor, Gerald Tremblay. He announced his resignation while insisting he would eventually be cleared of wrongdoing, and blaming the scandal on political allies and close associates.

“The trust I had in some was inevitably betrayed. I assume the full responsibility,” Tremblay said in a brief speech at city hall. “I now must suffer an unbearable injustice. I never thought my life would be subjected to such a fury in a society of law and justice. But one day, justice will prevail.”

Tremblay, 70, is resigning a year before the end of his third mandate. He likely won’t be the last politician in the French-speaking province of Quebec to see his career cut short by the widening scandal over the awarding of public works contracts. The corruption inquiry, appointed by the provincial government, has already raised suspicions about other mayors and senior politicians with the provincial Liberal Party.

The RCMP captured the café videos with hidden cameras during 2004 and 2005. They show a stream of bosses from major construction firms paying homage to Mafia boss Rizzuto, some by handing over wads of cash.

To the incredulity of many, the RCMP sat on the evidence. It was investigating the Rizzuto clan’s drug-smuggling operations and considered the construction fraud “non-pertinent.” The videos came to light when the corruption inquiry began its work last month and demanded they be introduced as evidence.

The most explosive testimony has come from Lino Zambito, one of the construction bosses seen in the café videos. He said construction firms paid 2.5 percent of the value of city contracts to Rizzuto and 3 percent to Union Montreal, the ruling municipal party headed by Tremblay.

“Yes, entrepreneurs ran a system that wasn’t legal, but I can assure you that at other levels there were politicians who were aware of what was going on,” testified Zambito, who faces criminal charges involving a municipal contract.

Captured on video visiting Rizzuto in the café are representatives of at least eight of the biggest companies dealing with Montreal city hall. These firms received $500 million worth of city contracts between 2006 and 2009.

City hall has responded to the bombshell accusations by suspending all non-emergency contracts for roads, waterworks and sewers. Tremblay, a former provincial cabinet minister with the Liberal Party, initially insisted he wouldn’t resign.

He acknowledged hearing “rumors,” shortly after he became mayor, of rampant corruption in the Union Montreal party he leads and in city hall’s bureaucracy. He says party officials repeatedly assured him there was no truth to them. But evidence before the inquiry suggests that, at the very least, the mayor may have been willfully blind. The rot was extensive.

A top city hall engineer has admitted to taking almost $600,000 in kickbacks from construction companies. And the city’s former manager has been accused of pocketed $300,000 in bribes.

The inquiry has also heard of at least $500,000 in bribes to Tremblay’s former right-hand man, Frank Zampino, who headed city hall’s executive committee until he resigned from politics in 2008. He was arrested earlier this year and faces fraud charges.

None of the accusations heard at the inquiry have been proven in court.

The most damaging testimony against the mayor came on Oct. 29. A former political organizer for the mayor’s party, Martin Dumont, testified he was called one day into the office of Bernard Trepanier, the Union Montreal fundraising official known in the construction industry as “Mr. Three Percent” — the kickback he allegedly would collect for the mayor’s party. Trepanier wanted Dumont’s help to close a safe bursting with cash. It took both men to force the door shut, Dumont said.

Dumont was chief organizer in Union Montreal’s 2002 attempt to win two municipal seats, vacated when two Union Montreal city councilors resigned after admitting to taking bribes from developers. During a fundraiser for the election campaign, Dumont said he was led to the bathroom by Nicolo Milioto, accused during the inquiry of being the middleman between the construction industry and the Rizzuto clan.

Dumont said Milioto told him to stand next to him at the urinal and then handed him an envelope stuffed with $10,000.

At one point, Dumont became concerned the party would surpass the legal spending limit of $46,000 for the election. At a meeting that included Tremblay, Dumont said the party’s chief financial officer showed him two columns, one with an “official budget” of $43,000 and another with an “unofficial budget” of $90,000. At that point, Tremblay left the room saying, “I don’t want to know about that,” Dumont testified.

Dumont had trouble explaining why he never told police about the corruption he said he witnessed. He claimed he assumed no one would believe him. He went on to become a policy adviser to Prime Minister Stephen Harper and three federal cabinet ministers with Harper’s ruling Conservative Party.

The litany of corruption accusations comes with the city braced for a potential mob war.

Last month, Vito Rizzuto, long known as the “Teflon Don,” was released from a US penitentiary after serving five years for his involvement in a 1981 triple murder. He returned to Canada, and observers fear he’s bent on revenge.

The last major mob war Montreal witnessed was in the 1970s and 80s, when the Sicilian and Calabrese factions fought for supremacy. The Sicilian Rizzutos emerged the undisputed kingpins, but their 30-year reign weakened when both Vito and his father, Nicolo, were sent to prison.

In 2009, Vito’s son, Nick Jr., was gunned down on a Montreal street in broad daylight. In May 2010, Vito’s brother-in-law, reportedly the family’s “consigliere,” was kidnapped and is still missing. And in December that year, Vito’s father, Nicolo, the cash-stuffing Mafia patriarch, was killed by a sniper’s bullet while sitting at supper in his Montreal home.

On Monday, police announced that a high-level mobster, Joe Di Maulo, was gunned down in front of his home in a Montreal suburb. Di Maulo, 70, had long been a loyal member of the Calabrese clan before getting close to the Rizzutos after the Sicilians won the war. Montreal’s La Presse newspaper described him as a player in the Mafia power struggle, but it’s unclear what side he was on.

The months ahead look like they’ll be bloody ones, politically and literally.