What to make of Iranian planes shooting at a U.S. drone 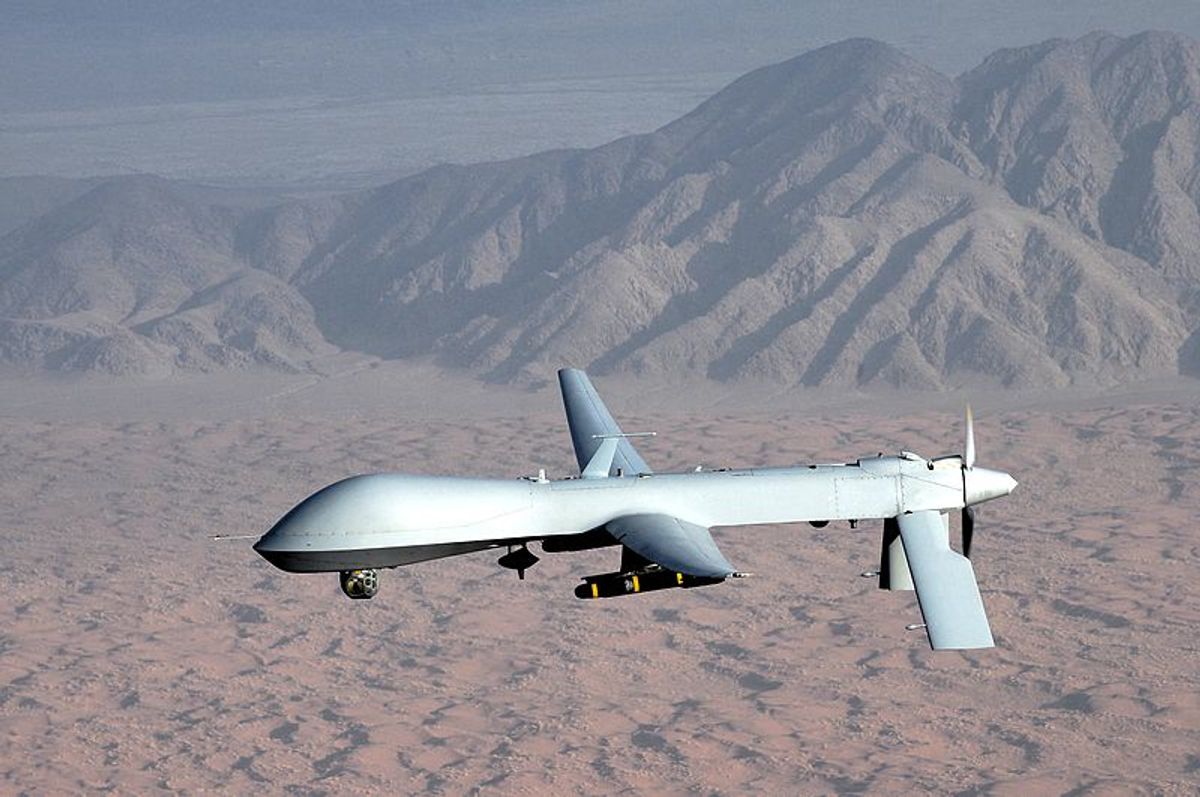 Iranian warplanes last week shot at an unmanned U.S. surveillance drone, heightening already sky-high tensions. Following a  week of silence from the Pentagon and Tehran, a top Iranian parliamentary official said Friday that the drone was targeted because it violated Iranian airspace -- a claim at odds with Pentagon press secretary George Little's Thursday comments that the aircraft was in international airspace.

"Our aircraft was never in Iranian airspace.  It was always flying in international airspace.  The internationally recognized territorial limit is 12 nautical miles off the coast, and we never entered the 12-nautical-mile limit," Little told the press, while the Iranian official stated, "Violation of the airspace of Iran was the reason for shooting at the American drone."

Whether the U.S. drone technically did or did not enter Iranian airspace is currently unclear. Here's what we do know: The warplanes missed the aircraft. The U.S. has told Iran (via the Swiss protective power) that surveillance drones will continue to conduct surveillance flights from international airspace in the area. War remains undeclared. (When asked by a reporter whether the attack was "an act of war," the Pentagon press secretary responded: "I'm not going to get into legal labels.")

However, the treatment of the incident and the timing of the Pentagon's announcement about it (one week after the fact) offer some further insights into the current state of play between the U.S. and Iran.

It doesn't take a conspiracy theorist, or Jennifer Rubin, to see the delayed announcement as possibly relating to the timing of the election. Indeed, it took just a few hours for President Obama's opponents to jump on that angle, "I think there was a reason that it didn't come out until Nov. 8th ... I think that's because the people on the other side thought it would have political ramifications. It would raise issues they didn't want to address," Rich Williamson, Romney's chief foreign affairs adviser during the campaign, told the Wall Street Journal.

The Pentagon has insisted that the week-long silence was simply the result of restrictions on the discussion of classified surveillance missions, but even the New York Times noted that the delay "raises questions for the Obama administration." The Times added:

Had the Iranian attack been disclosed before Election Day, it is likely to have been viewed in a political context — interpreted either as sign of the administration’s weakness or, conversely, as an opportunity for President Obama to demonstrate leadership.

Robert Dreyfuss at the Nation points out that we can't draw concrete conclusions about Iran's intent with the attack:

Since it seems more and more likely that talks between Iran and the P5+1 will resume soon, perhaps even a direct, public dialogue between Iran and the United States, it might be that hardliners in Iran opposed to the talks tried to provoke a clash. The UN announced yesterday that Iran and the International Atomic Energy Agency will resume talks on December 13. Or, it could be that Iran’s top leadership decided – dangerously, it must be added – to make a show of toughness in advance of those talks. Or, perhaps some commander with an itchy trigger-finger went rogue. (It’s long been argued by many experts on the Persian Gulf that the United States and Iran ought to have an incidents-at-sea hot line and a resolution process to avoid having a single incident escalate to real conflict.)

Dreyfuss also noted that the Pentagon's Little used "ham-handed and provocative" language when discussing the attack. He repeatedly referred to the Persian Gulf as "the Arabian Gulf."

"It’s called the Persian Gulf everywhere, on maps, in the media, etc," wrote Dreyfuss. Tehran does not take kindly to the term used by Little --  the National Geographic was banned from newsstands and its reporters barred in 2004 after it published a world atlas that called the waterway the “Persian Gulf” but added the words “Arabian Gulf” in brackets. But in the context of attacks on U.S. aircraft and even harsher American sanctions placed on Iran this week, the press secretary's language seems no more than a tiny, albeit provocative cherry atop a fragile cake.