The president defiantly defended his plan to extend middle class tax cuts. Then he held up his pen 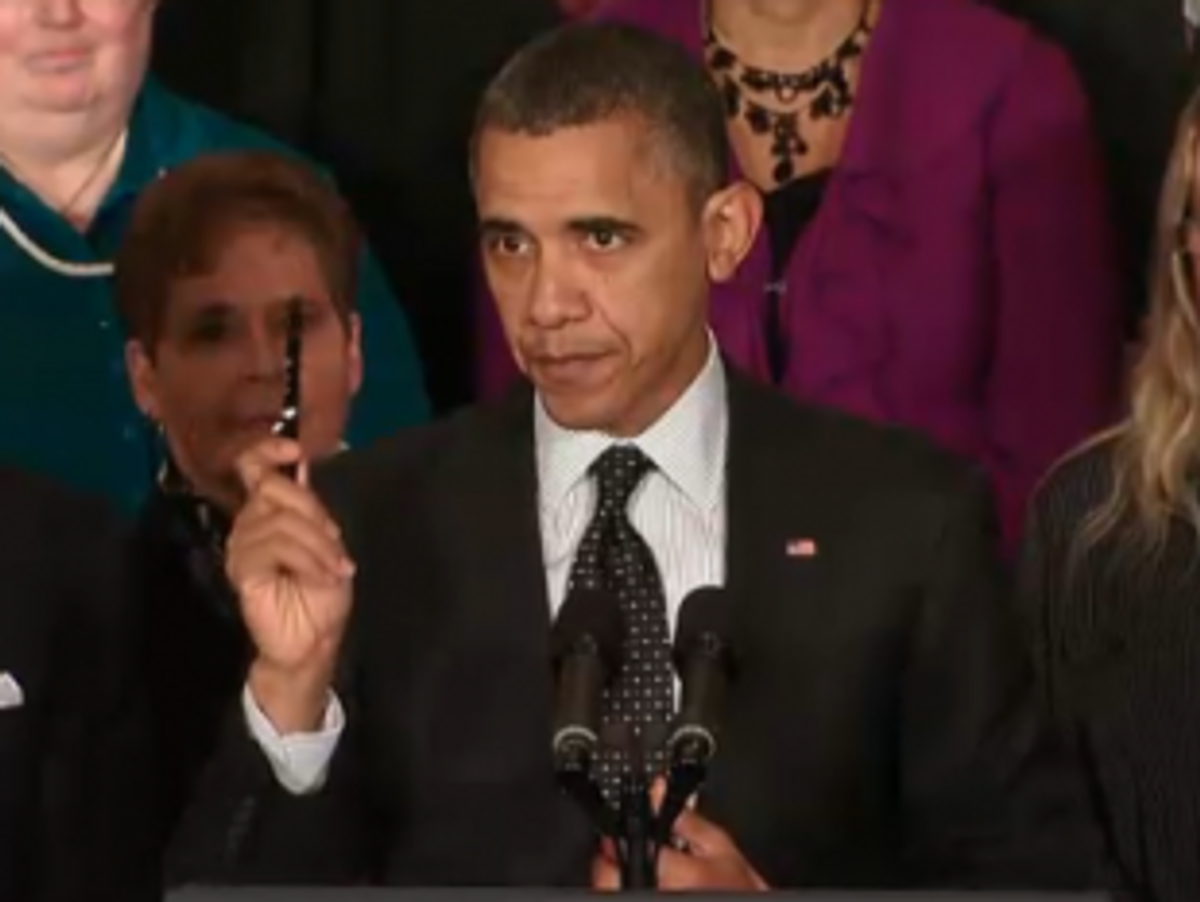 The election results are in: President Barack Obama has political capital, and he intends to spend it. That was the essence of the president's message, delivered Friday afternoon during brief remarks made the East Room of the White House.

“In fact, the Senate has already passed a bill that will do just this,” Obama said. “What we need is action from the House. And I’ve got the pen -- ready to sign the bill right away.” He reached into his pocket, and drew a handsome black pen that he held up for the cameras. “I’m ready to do it,” he said.

While House Speaker John Boehner, R-Ohio, has made conciliatory noises concerning the need to raise revenue, he also said, in an interview on Thursday with ABC News, that any tax increase on anybody -- including the wealthiest two percent of Americans -- is “unacceptable.”

The showdown is part of a debate over how to solve the problem of the so-called “fiscal cliff” -- a rack of spending cuts and tax increases that will take place across the board, automatically, if Congress doesn’t act to forestall them. It’s a deal that the president agreed to in order to get the Congress to raise the debt ceiling in 2010 so that the United States wouldn’t default on its debt, which would have had dire consequences for both the U.S. and the global economy.

Now, with the chickens about ready to come home to roost, the president is trying to turn the tables on Congress, saying, hey, you guys hate any kind of tax increases, right? Why not act on the piece of this thing we all agree on.

“While there may be disagreements in Congress over whether to raise taxes on people making *over* $250,000 a year, nobody -- not Republicans, not Democrats -- want taxes to go up for folks making under $250,000 a year,” Obama said. “So let’s not wait.”

Among Congress-watchers, no one will be found holding their breath waiting for the House to leap to take the president’s offer. But it’s smart politics on Obama’s part -- a move that casts him as the reasonable one.

Republicans often justify their intransigence on raising taxes for the rich by saying that small business owners fall into the brackets the Democrats have targeted. So Obama was quick to address that ruse in his own remarks.

Speaking of his proposal to extend middle-class tax cuts, Obama said: “That one step...would give millions of American families -- 98 percent of Americans, and 97 percent of small businesses -- the certainty that they need going into the new year. It would immediately take a chunk of the economic uncertainty off the table, and that will lead to new jobs and faster growth.”

The president also seemed to be aware of the nervousness of his base, many of whose members fear that Obama will agree to a reduction in Social Security benefits in order to appease the Republicans and avoid the sequester.

“I’m open to compromise; I’m open to new ideas,” Obama said. “I’m committed to solving our fiscal challenge. But I refuse to accept any approach that isn’t balanced. I’m not gonna ask students and seniors and middle-class families to pay down the entire deficit while people like me, making over $250,000, aren’t asked to pay a dime more in taxes. I’m not going to do that.”

The president has invited congressional leaders to the White House next week to lay out ideas for solving the looming crisis. They will be joined, Obama said, by leaders in business and labor.