What's next for gay marriage: Conservatism

Marriage equality will win nationally thanks to gradualism, federalism and (even) market forces 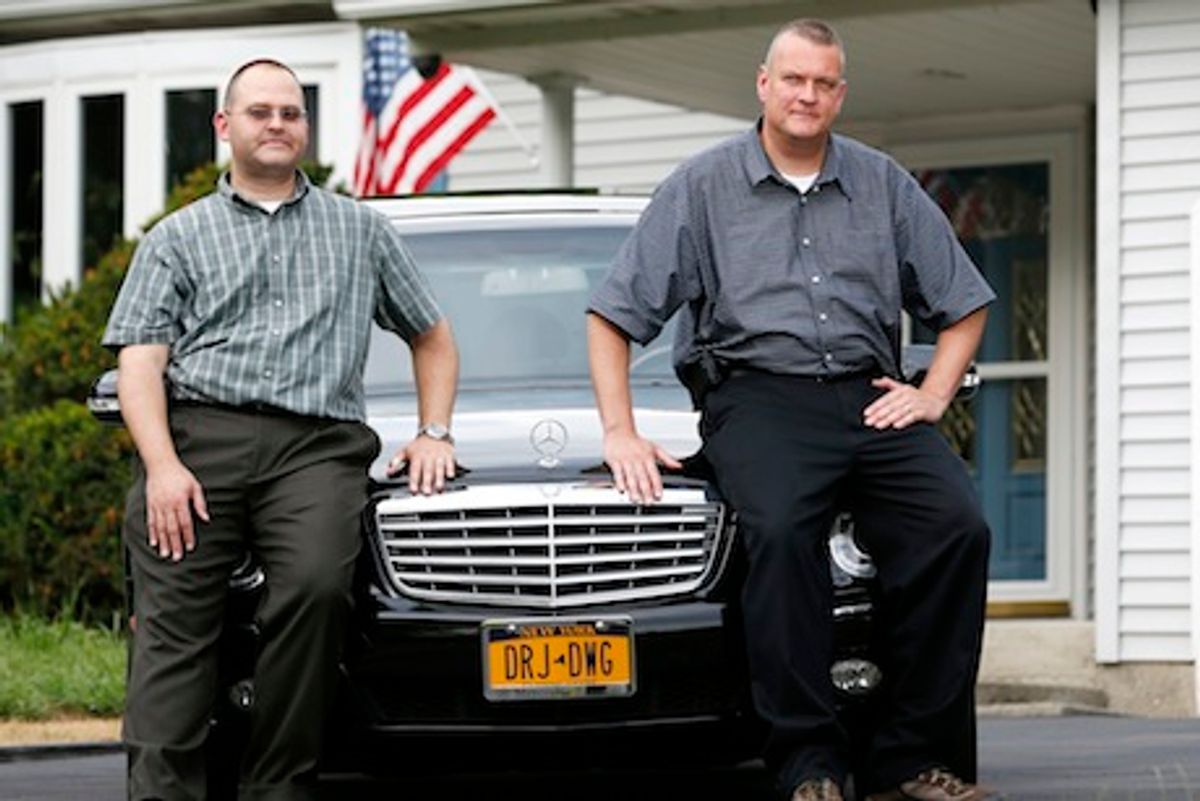 November 7 was a good day to wake up gay. Marriage equality went four for four in Maine, Maryland, Minnesota and Washington, ending a 31-state losing streak in dramatic fashion. Since then, pundits have waxed poetic  about “The Single Biggest Night for Gay Rights in Electoral History,” and they have exhaustively chronicled the successful changes in strategy since the LGBT community’s catastrophic defeats just a few years ago.

Clearly, this year’s elections – and President Obama’s “evolution” on the issue – are indeed a turning point for same-sex marriage. But a turn toward what? Other than ballot initiatives in Oregon (2014) and other states, what’s next for marriage equality?

My prediction is an ironic one: Same-sex marriage will prevail nationally not because of further liberal activism but because of conservative logic: specifically, gradual change, federalism and (gasp) the free market.

Yet not all. Ten states now issue same-sex marriage licenses, but many more do not. If we assume that the Defense of Marriage Act will, indeed, be found unconstitutional by the Supreme Court – which seems increasingly likely – we will, within a few years, be in a situation in which gays can marry in blue states but not in red states, and the federal government will stay out of it.

Maybe this is the right result. Obviously, the differences among state marriage regimes relegate LGBT people in Texas and the Dakotas to second-class citizenship. But only for a time. The normalization of gay marriage in popular culture and the business world will do its work of eroding the resistance of moderates and making religious conservatives look as foolish on LGBT issues as they already do on evolution and a host of other issues. This will take time, but it’s hard to see it not happening.

After all, America's “movable middle” is composed largely of pragmatists. With the tide turned on same-sex marriage, they will now be able to observe the results of what conservatives decry as a “social experiment.” Based on evidence from Massachusetts (and Europe), those results will be exceptionally boring. Of course, I could be wrong; maybe same-sex marriage really will lead to the deterioration of civil society and erosion of the institution of the family. But probably it won’t. Gays will marry, they’ll raise children and the world will keep spinning on its axis as before.

This is the kind of social change conservatives are supposed to like: gradual change, gradually paced, coming from people and not institutions. We’ll see if they sign on -- but in principle at least this is a fairly conservative theory of change.

The second conservative aspect of the coming same-sex marriage landscape is federalism. Assuming the red/blue split on same-sex marriage endures for a decade or more, we’ll have ample time to see the social and economic effects of marriage equality on different states. If same-sex marriage is a social experiment, then states are, as the saying goes, the laboratory.

Progressives err if they think that the Supreme Court is going to “slap the remaining Southern states into line” with a growing consensus on marriage equality. Marriage has always been a state affair, and the theory the Court used to outlaw bans on interracial marriage only applies to race. No, federalism is why DOMA will fall (the federal government can’t tell states what to do on marriage), and federalism is why different regimes will endure (because neither can the Court).

So what results will the "laboratory" turn up?  Well, if corporate equality policies are any indication, we should expect a gay "brain drain" from states that do not recognize their families to states that do.  How long will enclaves such as Austin, Texas, or Asheville, North Carolina, continue to endure as islands of cosmopolitanism amid seas of repression? If I can get a job in Baltimore, where my marriage is protected and accepted, why would I work in Norfolk, where it isn’t? Culturally and economically, it’s hard to see how businesses in anti-equality states can compete with their counterparts in pro-equality ones.

This should lead to a third highly conservative aspect of the coming marriage debate: the power of the free market. Obviously, the chambers of commerce in Charlotte and Cheyenne are not going to sit idly by while their states compete at a disadvantage. Thus, this will likely be yet another area of intensified tensions between pro-business Republicans and the Christian Right faithful. The latter, of course, will fight for their values. The former, for economic prosperity. This will be one more fissure in an already fragmenting Republican Party, and it will be brought on by the flexibility of the free market to adapt to new social mores. Once again, conservative logic rather than liberal activism will gradually topple regimes of inequality.

Of course, that the next decade of same-sex marriage will evolve according to conservative, rather than liberal, principles does not mean that it will come easy; the Catholic and LDS Churches are too wealthy and too determined for that, as are extremely well-heeled evangelical organizations. There will still be bitter fights, breakthroughs and setbacks. But the corner having been turned, it now seems inevitable that same-sex marriage will shift from a partisan issue to a trans-political consensus. Which is fitting enough: Today’s blue and tomorrow’s red should make a lovely shade of purple.