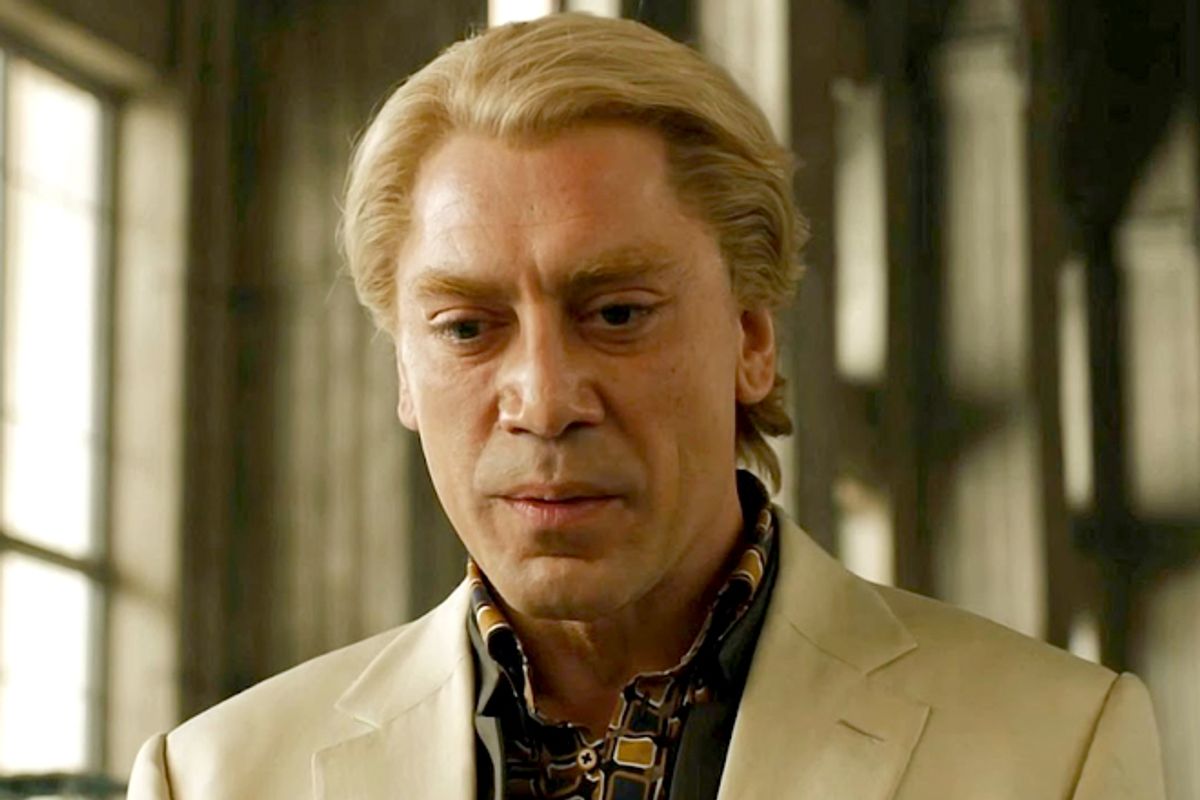 James Bond movies have always been charged with sexual innuendo and cast with the occasional homicidal bad guy with a swish, his flamboyance winking at us, alerting us to his homosexuality. But in "Skyfall," the latest installment of the James Bond franchise, there is no winking, no subtext whatsoever. The gay villain — Javier Bardem's platinum-blond-tressed, plastic-surgically tweaked Raoul Silva — is out of the closet. And with this introduction, Silva enters the pantheon of cinematic LGBT evildoers who offer something extraordinary to the commonplace villain: a motive that doubles as a kind of apologia. Because in the movies, LGBT villains appear as either brooding and fiercely guarded or sinister and effete, signifying that these aren't your run-of the-mill bad people. These are villains who are victims of society, their crimes born out of depraved sexuality, unrequited love, self-hatred, gender dysphoria or a desperate need to feel normal. Until the mid- to late '90s, most of the LGBT portrayals on the big and small screens were of killers or sad sacks — or sad-sack killers. So, is it progress that Raoul Silva is aboveboard about his sexuality? Or have we regressed to the same-old offensive depictions? Let's review some of the most memorable big-screen evildoers on the higher end of the Kinsey scale.

Lisa Quintela is an attorney, entertainment writer, and film buff who has written for the Washington Post, Entertainment Weekly, Premiere, TimeOut NY, Latina and Paper magazine, among others. Raised in Miami, by way of Cuba, she lives in New York.