Everything you need to know about the "fiscal cliff" 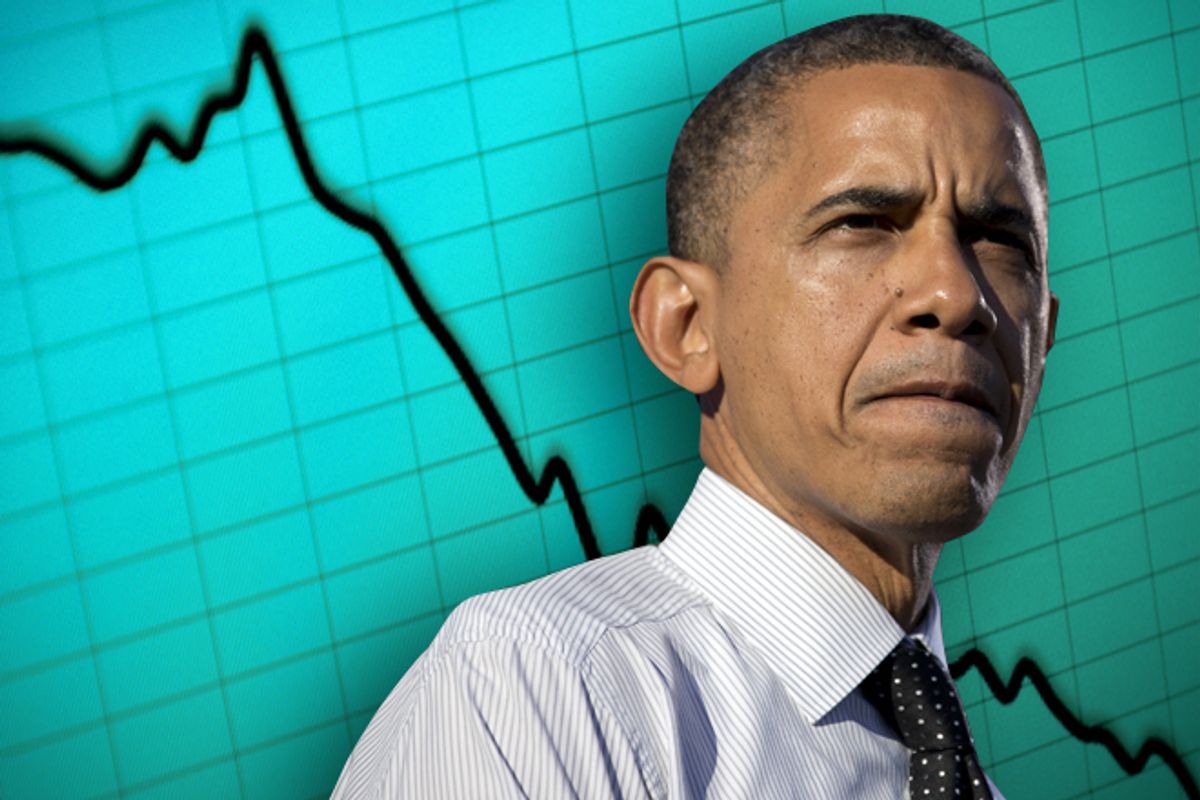 So the elections are over! Great! Now we can stop paying attention to politics. Well, no. Tomorrow, just one week after the election, Congress reconvenes for a lame duck session to determine what to do about the looming "fiscal cliff." But what is this fiscal cliff anyway that everyone's been talking about? We're glad you asked. It's important! Here's everything you need to know about it.

What is the fiscal cliff?

Have we been here before?

Good question! Indeed, there have been plenty of times that Congress has faced a deadline when tax cuts would expire or more spending needs to be extended, or the debt ceiling needs to be raised. First, there’s a bunch of things that were set to expire then anyway, as Dec. 31 is a good time to let things end, but what made this the fiscal cliff is that Congress intentionally added a huge set of new problems.

Remember the Budget Control Act of 2011? It was the product of that huge fight last summer over raising the debt ceiling, which a lot of Republicans, hysterical about the budget deficit, didn’t want to do, even though it led to the United States defaulting on its debt, with devastating consequences for the national -- not to mention global -- economy. Obama and some Republican leaders were gingerly willing to play ball and tried to get a so-called grand bargain to reduce the deficit. But the deal fell apart.

So instead, they came up with this Byzantine solution: Raise the debt ceiling and maintain the status quo for the moment, but create a bipartisan “supercommittee”  to find a way to reduce the deficit by $1.2 trillion over 10 years. In the event that the committee failed -- which it did -- the bill called for a trigger mechanism, called an intentionally awful sequester or sequestration -- automatic cuts of half a billion dollars each to domestic and military spending.

Would Congress intentionally enact something awful?

It’s Congress! No, but really, the idea was to try to force the supercommittee and the notoriously gridlocked Congress to find a deal and also to automatically implement deficit reductions if Congress doesn’t act. It’s like holding a gun to your head and threatening to shoot unless you eat your vegetables. But in this metaphor, the gun doesn’t kill you but shoots vegetables into you stomach in the most painful way possible. (OK, maybe the gun isn't held to your head after all.)

What cuts, specifically, are we talking about here?

The sequester was explicitly designed to contain sacred cows for both parties. For Republicans, it’s the expiration of the Bush tax cuts and huge cuts to military spending; for Democrats, it's spending on things like Medicaid and the payroll tax cut.

About two-thirds of the deficit reduction will come from tax increases and a third from spending cuts. On the tax side, it’s the restoration of tax rates to pre-Bush tax levels for all income brackets, along with an increase in the payroll (Medicare and Social Security) tax, and an expiration of an important “patch” to the Alternative Minimum Tax, which bites into the income of middle-class families. Business expensing will also take a hit, as will a bunch of so-called extenders to the various tax deductions, like the child tax credit. At the same time, unrelated to the sequester, five taxes enacted under the Obamacare law will go into effect, the biggest being one on income over $250,000.

On the spending side, first there’s the $1.2 trillion over nine years from the sequester, 50 percent of which comes from defense spending, and 50 percent from cuts to Medicare, Medicaid, Obamacare and other “discretionary spending” (the entire government that's not the social safety net or defense). On top of that, unemployment insurance expires, and so does the “doc fix,” which gives Medicare doctors more money.

All told, we’re talking about a deficit reduction of about $770 billion in the next year alone.

Yes, but mostly no. We all like deficit reduction, but this reduces too much, too quickly, especially given the fragility of the economic recovery. The Congressional Budget Office, the official scorekeepers, say that going over the fiscal cliff would not only undo the unimpressive growth we have now, but cause another recession in 2013, with the GDP dropping by -0.5 percent and unemployment spiking back up to 9 percent. People disagree about the impact, but there’s no doubt that the spending cuts, which translate to fewer direct jobs and payments, and tax increases, which mean less money in people's pockets, would be devastating.

Yikes, what’s the timing of all this?

The tax provisions expire on Dec. 31 and the sequestration takes effect on Jan. 2, but we won’t feel those right away -- it takes a while for the economy to respond to tax hikes and spending cuts (defense contractors might not lay off employees the day their project gets cut).

But add to that two critical deadlines whose effect we would feel almost immediately: The first is when we hit the debt ceiling again, which will happen at some point in late February (depending on how quickly tax revenue replenishes the federal coffers and spending depletes them). The second is the hard deadline backed up by a government shutdown -- the expiration of the continuing resolution that’s currently funding the government. That will happen on March 27.

So if the effects don't all hit immediately, why is this called the fiscal cliff?

You’ll have to ask Ben Bernanke. He was the first person to use the term in February while testifying before the House Financial Services Committee. He described "a massive fiscal cliff of large spending cuts and tax increases" that could imperil the economy unless Congress acts. (Many analysts think "fiscal slope" or "fiscal hill" is more accurate.)

So will Congress act?

They’ll do something, but what is hard to say. Any solution will require both spending cuts and tax increases, but Republicans have so far been completely unwilling even to consider the latter. Most of them signed Grover Norquist’s anti-tax pledge, which forbids any increases in revenue not offset by tax cuts elsewhere.

There are four likely scenarios. 1) Punt: Congress has punted plenty of times before, and it’s very possible members just wait until the new Congress starts next year and let them deal with it. 2) Stalemate: Congress can’t get its act together, we go over the cliff. 3) The so-called grand bargain: Democrats and Republicans make some kind of massive deal to reduce the deficit, possibly involving cuts to social safety net programs like Social Security, Medicare and Medicaid. 4) Some less-than-grand bargain: Not quite a punt, but not quite comprehensive reform.

So what's the right thing to do?

Well, that of course depends on your political beliefs. A lot of progressives think President Obama and Democrats should let the whole thing go off the cliff. You get to raise taxes and cut the military by way more than would normally be possible, and the sequester is weighted in a way that hurts Republican interests more than Democratic ones. Paul Krugman made this argument Thursday. If nothing else, Democrats should at least be willing to go off the cliff. To change metaphors, holding a gun to your head is not much of a threat unless you're willing to shoot, and so far, Republicans are the only ones who have shown the willingness to pull the trigger. A punt wouldn’t be so bad either. Democrats picked up seats in the House and Senate, where a new crop of progressive fighters like Elizabeth Warren and Tammy Baldwin are coming in. That could help energize liberal Democrats and marginalize the opposite wing of the party. Progressives are actually in a pretty good spot after this week’s elections. They can pursue a deal with both sides knowing that if Congress does nothing, an acceptable option takes effect automatically. Or they could punt and try to get a better deal next year. Whether Democrats have internalized this is something we’ll have to wait and see.