More shocking than his actual betrayal is how shocked everyone seems to be about it. Has D.C. taught us nothing? 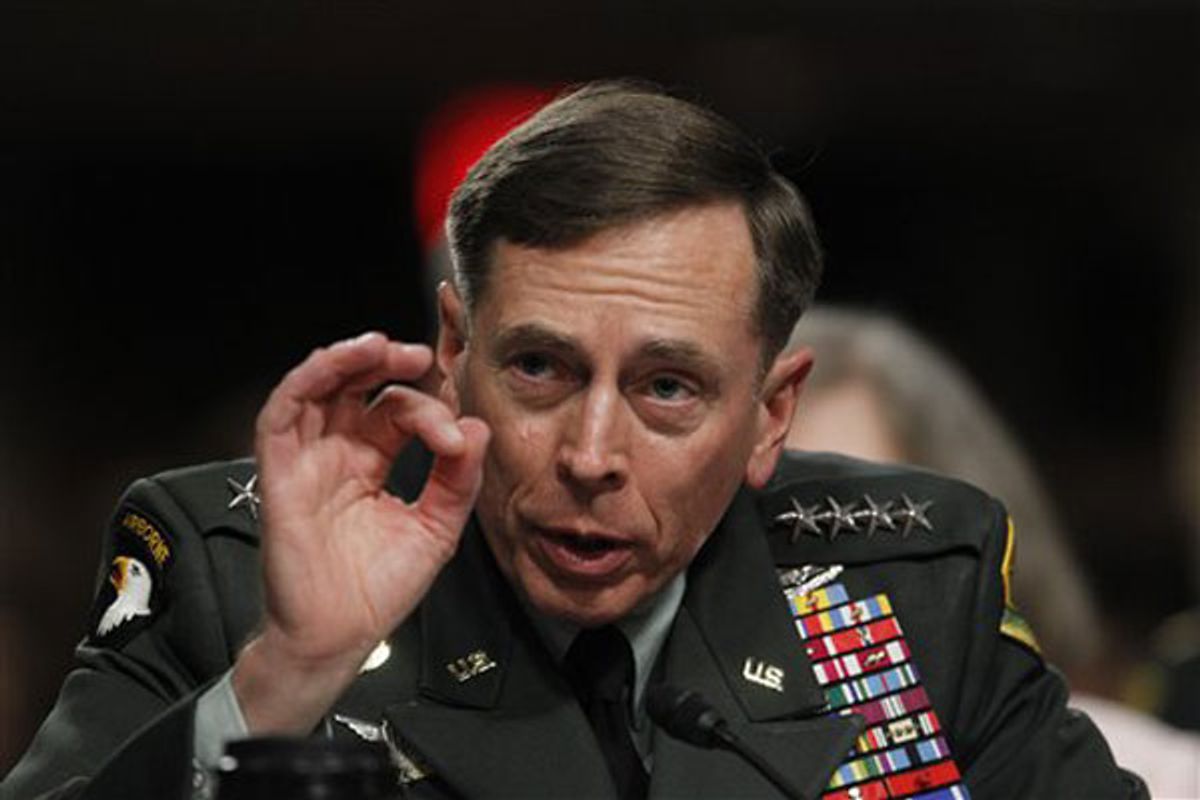 The Petraeus affair would be ever so boring if it didn’t involve the resignation of the head of the CIA, the most celebrated general in recent history, the reputed inventor of modern warcraft, the man who got us out of Iraq, the backer of drones—need I go on?

I know people are shocked, shocked, but—maybe because national security isn’t my beat—I’m more shocked that anyone is shocked. So an extremely important (and self-important) long-married man falls into bed with a woman who is writing his biography. Ho hum! It can’t be easier to imagine.

Maybe it’s especially easy because I’m a journalist. When you’re writing about someone, you are interested in every detail, every little thing they have to say. It’s an amazingly intimate conversation—or rather, a long monologue with an absolutely rapt audience hanging on every word. You ask them everything about what they think, believe, or have done. I can easily see how that intense connection could become erotic—especially when it’s between a powerful man and an ambitious younger woman who’s trying to borrow some of that power for herself, that traditional method of exchanging power. (It may not be a feminist-approved method, but I’m writing about the real here, not the ideal.) Multiply all that times a zillion when the situation is all spiced up with war zones and spycraft and tension.

Human beings slip up now and then. Don’t we know this by now? I know, we’re supposed to care that he left himself open to blackmail. But how would he have been blackmailed if the rest of us didn’t care? And yes, he was stupid enough to send emails—traceable, discoverable—to try to fix the fact that his ex-lover turned out to be a little crazy and was harassing one of his friends. But once you’ve gotten messed up in something stupid, it’s hard to extract yourself without getting a lot more stupid.

Did he abuse his power by coercing one of his subordinates into a sexual relationship and then sexually assault them, as Brig. Gen. Jeffrey Sinclair is alleged to have done? Did he misuse military or CIA funds? Did he spill national security secrets? No? Then why do I care?

Sure, he may have hurt his wife and children. Yes, she may have hurt her husband and children. So they were painfully human. It’s very sad when someone stumbles, especially for those close to them. But I don’t see what that has to do with their professional lives. This isn’t Joe Paterno, covering up a subordinate’s serial sexual abuse so he could keep winning football games. This isn’t the BBC covering up for Jimmy Savile, serial child molester. A powerful man had a consensual affair. And he has to resign? Really?

No wonder there is, and will continue to be, buzz that he’s really resigning to avoid having to testify about Benghazi. A powerful man has a consensual affair with a woman who is not his subordinate—and yet he resigns from one of the most powerful jobs on the planet. If you’re outside Washington, it’s hard to believe there’s not something else being hidden by this explanation.

I know that there was a cult of Petraeus, and that this revelation of human failing is causing some angst, as Spencer Ackerman laid out nicely in Wired over the weekend. But I wasn’t part of it, so I’m still baffled. I called my friend Heather Hurlburt, the executive director of the National Security Network and a longtime part of Washington’s national security circles. “This guy who was like a god for the better part of a decade turns out to be like a god in the Greek sense, or like a reality TV star,” she explained. “This institution that has such a different, set-apart status from everything else in American life turns out to be just like everything else in American life.” What Hurlburt cared about was someone making a career living by a particular “officer and a gentleman” code, which it was his job to enforce on subordinates—and then we discover that, “he can’t keep up with that code, just like the rest of us.”

She added that Petraeus' personal life has long advanced his professional life, beginning at West Point, where he courted and married the daughter of the commandant, certainly an advantage in his ambitions. So he was Gatsby, but successful rather than spurned. That suggests even more that once he achieved such a pinnacle of power, he would be vulnerable to falling for someone else’s twinned sexual and political ambitions. Like responds to like, after all.