Post-election gloating is a patriotic duty

Wasn't the election about the outsiders versus the entitled? The geeks won — this is cause for celebration! 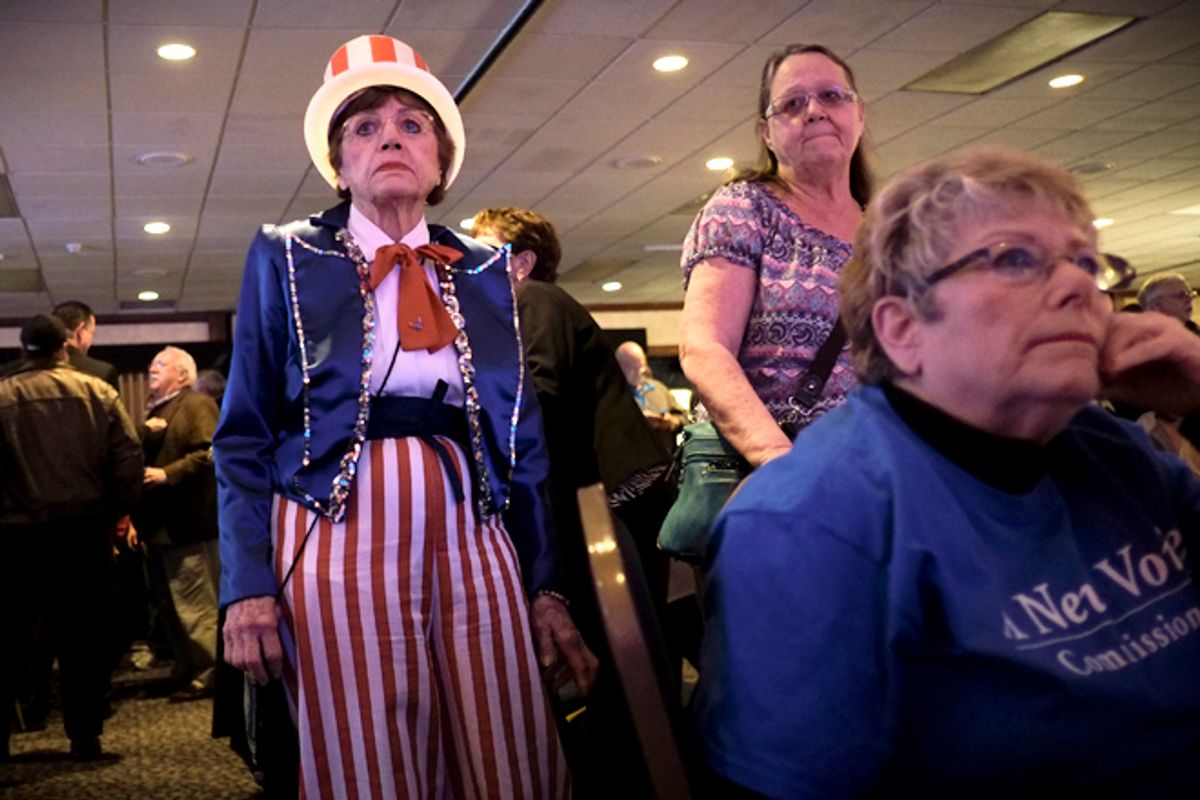 Many people are surprised by the intensity of the Schadenfreude being directed at the Republicans right now. Everywhere you turn, there’s so much gleefully mean gloating, from Rachel Maddow’s barely contained rant about all the things that really are true about Obama and this country, to Jon Stewart’s hilarious mockery of Fox’s election night meltdown, to the whitepeoplemourningromney Tumblr, the left is wallowing in the misery of the right. Some are decrying it as just plain nasty and unpatriotic. But this glee is actually quintessentially American. This unfiltered joy is straight out of every feel-good movie about losers finally having their day, from "Animal House" to "The Bad News Bears" to "Revenge of the Nerds" to "Big Fat Liar." Since the time of the original Tea Party, America loves it when the geeks and outsiders finally stick it to their rich and entitled tormentors.

And isn’t this what this election has been about, the outsiders versus the entitled? For once gays, women, Latinos, African-Americans, math geeks (hello, Nate Silver), science nerds (global warming, anyone?) and even pot-smokers banded together to win the day against the anti-intellectuals (Santorum’s boastful “we’ll never get the smart people”), anti-science (Romney jokingly saying at the convention, “President Obama promised to slow the rise of the oceans and to heal the planet. My promise is to help you and your family”), anti-women (pick your insane rape statement by any number of Republican candidates, all of whom lost, not to mention Lilly Ledbetter), anti-gay (the Republican platform called for a ban on gay marriage and for bringing back Don’t Ask Don’t Tell), anti-Latino (they used the word “illegals” so often that even the notoriously conservative Cuban-Americans voted for Obama), and to top it all off there was the attempted bum rush of statistical wienie Nate Silver. Was that the tipping point? When the Fox and company bloviators went after Silver for, gasp, using math and logic, and did so in their characteristically smug and condescending manner, as if addressing the uneducated help sweeping out their dressage horse stables, this was when they were putting the finishing touches on the Schadenfreude targets.

This outpouring of happy hate isn’t only about this election. It is also about every frat boy who taunted a nerd, every date rape, every gay bash, every Duke basketball championship over the plucky outsider school, every rich cretin who stiffed you while you were waiting tables. By “you” I mean “me.” Yes, I remember every one of you. And I can’t hit refresh enough on whitepeoplemourningromney. Call it gloating, call it Schadenfreude. I call it my patriotic duty.