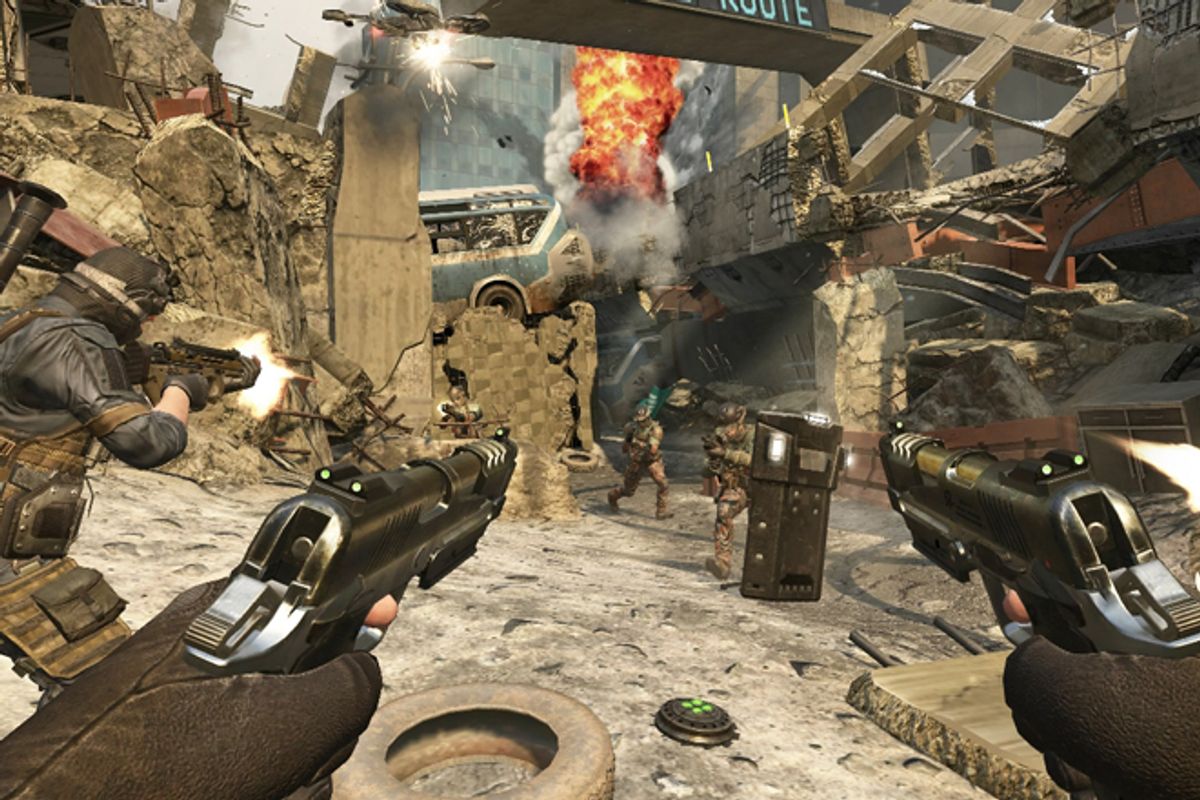 Everyone's been there. You're watching TV, and you get sucked into what appears to be a movie trailer for a new action thriller. Navy SEALs are taking out a terrorist in some war-torn third-world nation. Explosions! Gore! High-tech wizardry!

A couple of seconds later  you realize you've been hornswoggled by yet another commercial for a new first-person-shooter combat game. You were fooled because the graphics were so goddamned realistic.

But I'll bet you didn't know just how realistic modern video games strive to be. Or what a chore it is to keep up with the ever-changing military state-of-the-art.

In the latest installment in Activision's hugely successful "Call of Duty" video game series, "Black Ops 2," released on Monday at midnight, the secretary of defense is a guy named David Petraeus. That might have been a reasonable assumption, as recently as a week ago. But now it's ancient history. Might as well have Ulysses S. Grant running the show.

Two weeks ago, seven Navy SEALs were officially reprimanded for improperly revealing classified information to the makers of "Medal of Honor: Warfighter," released on Oct. 23. It was bad news all around -- despite the inside info, the game was a huge flop.

The life-meets-smart-bomb-video-game mashup world has provoked some interesting speculation as to what must  included in the next round  to keep up with a military that appears to spend more time sexting than hunting down al-Qaida. Joshua Trevino, one-time founder of the conservative blog Red State, joked on Twitter that "Modern Warfare 4 set to include entire level emailing married women."

Also sure to be included: