The anti-virus software genius is on the lam in Belize, where a drug addiction may have driven him insane 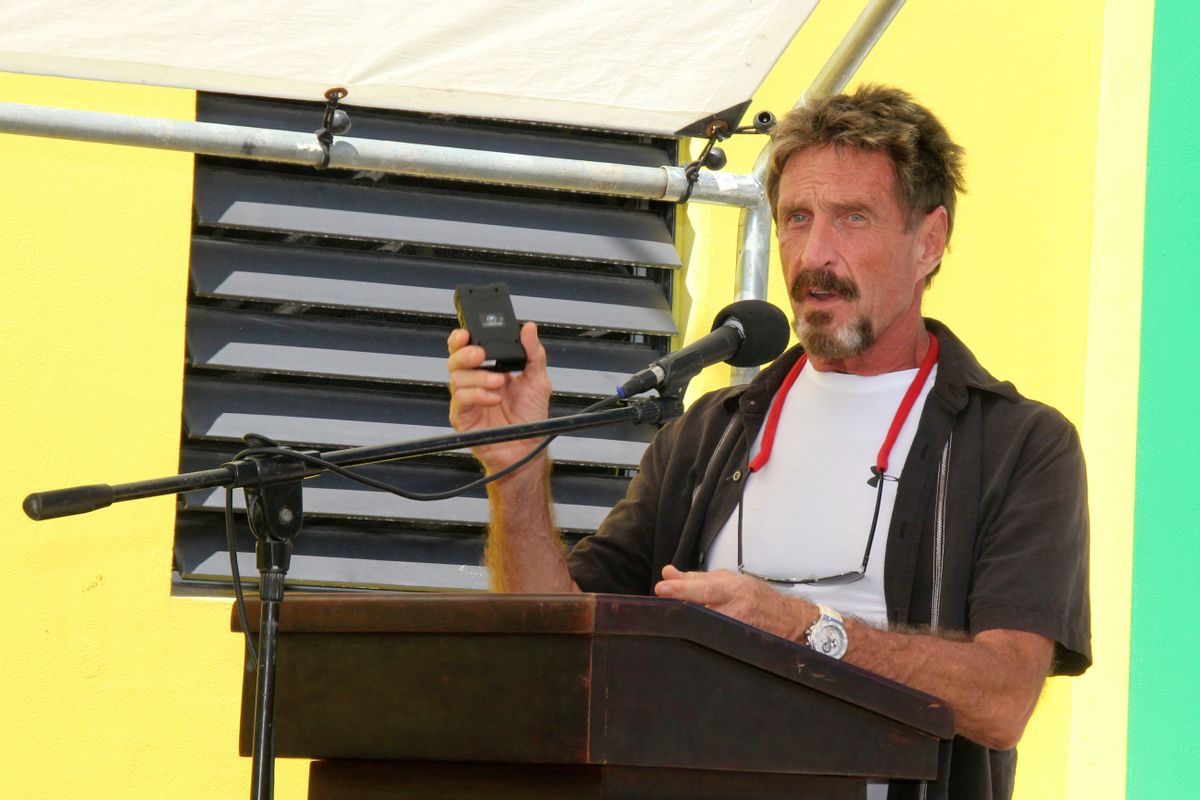 The unfolding story of John McAfee—the founder of McAfee anti-virus software—is becoming ever more surreal, as allegations of drug-fueled insanity give way to allegations of murder. Reports surfaced yesterday that the 67-year-old American computer programmer had retreated to Belize, after losing his software millions and becoming heavily involved with MDPV—a psychoactive drug once marketed as "bath salts" that is now banned in the US. Today came news that McAfee is wanted by authoritiesfor murdering his neighbor, and has buried himself in the sand "with a cardboard box over his head" for fear of being interrogated, according to an interview with Wired. Belize authorities confirm that they're looking for him "in connection with the murder" of Gregory Faull, who was found dead from a gunshot wound, a few days after he filed a complaint against McAfee for "roguish behavior." The programmer, credited with saving millions of American PCs from viruses in the '90s, says he's innocent, but won't give himself up: "You can say I'm paranoid about it but they will kill me, there is no question," he said today. "I will not turn myself in."

In recent years, McAfee had "become increasingly estranged from his fellow expatriates," according to yesterday's report. "His behavior has become increasingly erratic, and by his own admission he had begun associating with some of the most notorious gangsters in Belize." McAfee has admitted to a fascination with psychoactive stimulants. "I'm a huge fan of MDPV," he wrote on a Russian drug message board. "I think it's the finest drug ever conceived, not just for the indescribable hypersexuality, but also for the smooth euphoria and mild comedown." That euphoria may have waned. Today McAfee revealed his story, under the title "Darkness Falls," on a private message board. "This is a tale of intrigue and deception, involving great risks and dangers," he wrote. "Or, perhaps, it is a tale of paranoia in which innocuous events are misinterpreted by an unstable mind. My mind."