How Paula Broadwell wronged her readers 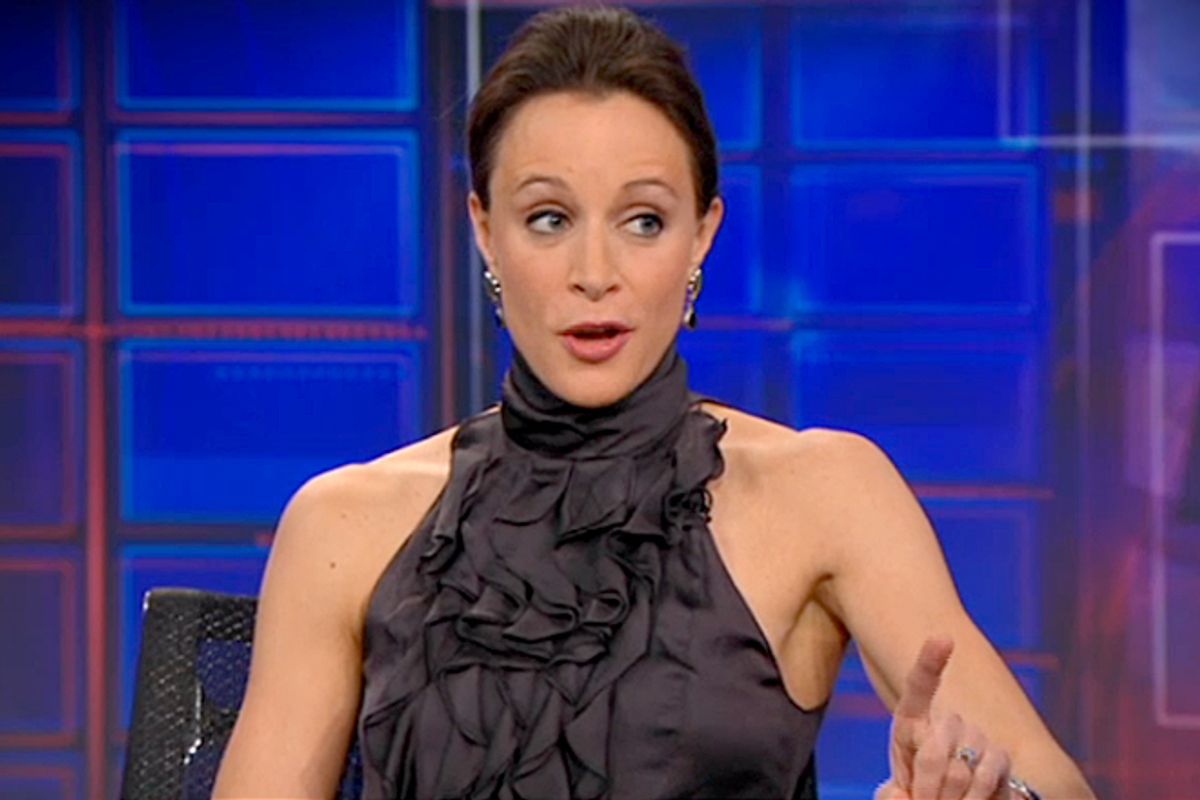 That Paula Broadwell violated the bond of trust between a biographer and her readers when she had an affair with her subject may seem beyond doubt. Certainly it seems less questionable than the notion that, by the same turn, her lover, Gen. David Petraeus, violated the trust of the U.S. government. Nevertheless, it is Petraeus who stepped down as the director of the CIA last week, while Broadwell's book about him, "All In: The Education of General David Petraeus," jumped up a few thousand notches on Amazon's best-seller list and has had its paperback publication date bumped forward by Penguin Books.

If we have learned anything from the past decade of book-world scandals — whether over plagiarism, fabrication, Internet sock puppetry or simple inaccuracy — it's that what seems like an obvious ethical violation to some observers will strike others as no big deal. Biography, a genre that can scale the heights or wallow in the gutter, is a particularly delicate enterprise. There's no official — or even quasi-official — biographer's code of ethics, and members of the profession are contemplating changing that. While informed readers are unlikely to confuse the likes of Broadwell with the the authors of definitive, years-in-the-making, doorstop "lives," the biographical profession is at least slightly besmirched by the scandal. "When Jayson Blair did his nonsense, it reflected badly on all journalists," said acclaimed biographer David Nasaw, "and this will reflect on all biographers."

Broadwell surely knows that she betrayed her husband by having an affair with Petraeus; she promised, in her marriage vows, not to do so. But because she's not a professional journalist, chances are she's never been asked to formally agree to a set of reportorial standards, rules requiring her to, say, verify sources or disclose conflicts of interest. True, some journalists sign off on such lists and then end up breaking their word, but at least they can't claim they didn't know any better. As a graduate student at Harvard's Kennedy School of Government, Broadwell was probably instructed not to misrepresent others' work as her own, but the kind of conflict that arises from a romantic relationship with one's subject rarely comes up in an academic context.

As James McGrath Morris, president of Biographers International Organization (BIO) and the author of an acclaimed biography of Joseph Pulitzer, sees it, Broadwell's transgression lies not so much in having the affair, as in concealing it. "She has two major ethical problems," he told me by phone. "The first is with her editor — though you have to wonder what this has been like for her co-author, who's an editor at the Washington Post [Vernon Loeb; he has written that he had no inkling of the affair]."

"The other is with her readers," Morris continued. "She participated in something with her subject that reflects on his character and brings his judgment into question and she didn't disclose it. It doesn't even matter much what it was that she did. The real issue is the lack of disclosure of important information like that to the reader."

Some might argue that "All In" isn't a true biography, if by "biography" you mean the sort of magisterial tome produced by such BIO members as Robert Caro and Deirdre Bair. Even before Broadwell's relationship to Petraeus was revealed, critics accused her of writing a gushing "hagiography" in which the general's leadership skills and "mentoring" were held up as heroic examples, presumably for the edification of more ordinary businessmen and public servants.

But the distinction is tricky. Throughout its history, biography has been regarded as a tool of self-improvement by emulation. Many readers of Walter Isaacson's best-selling biographies of such figures as Steve Jobs and Benjamin Franklin are motivated by the desire to be like their subjects. Samuel Johnson, both a great biographer and the subject of one of the greatest biographies of all time, was himself of two minds on the matter. His biographer, James Boswell, once heard Dr. Johnson aver that if a biographer recounts the vices of a great man, such as drunkenness, then "people will probably more easily indulge in drinking from knowing this"; on another occasion, Johnson insisted that if a biographer "professes to write A Life, he must represent it really as it was."

Johnson also wrote of the dangers inherent in any friendship between biographer and subject: "If the biographer writes from personal knowledge, and makes haste to gratify the public curiosity, there is danger lest his interest, his fear, his gratitude, or his tenderness overpower his fidelity, and tempt him to conceal, if not to invent." Even when (as is often the case) a biographer's subject is dead, literary executors and surviving family members can exert pressure by withholding key material until they've been granted the right to vet the final draft.

In one of the best-known fictional considerations of this dilemma, Henry James' novella "The Aspern Papers," the narrator is prepared to woo the niece of an old lady who may or may not possess letters from a celebrated poet. (This was based on a true story; Claire Clairmont, a former mistress of Lord Byron, retained letters written by Percy Bysshe Shelley to her stepsister, Mary Wollestonecraft Shelley, until her death.)

A subject's survivors can also exert a personal influence all their own. Nasaw, whose "The Patriarch: The Remarkable Life and Turbulent Times of Joseph P. Kennedy" is published this week, told me by phone of the challenges of writing a biography when "there were living people around who I liked and admired," such as Kennedy's son, the late Senator Edward Kennedy. "The closer you get, the more difficult it is," said Nasaw, chairman of the advisory board of the Leon Levy Center for Biography at the City University of New York, as well as a professor of the history of American history there. "You can't expect to be friends or bosom buddies with the person you write about. If you are, you haven't done your job. You work for only one person, your reader. You can't have two masters."

I asked both Morris and Nasaw if any of their colleagues has attempted to draft a biographer's code of ethics. They said no. "But," Morris added, "if you got five biographers in a room together, they could agree on what you shouldn't do." Even if the resulting standards had no binding power over future biographers, putting them down in writing, I suggested, could certainly provide some guidance to well-intentioned beginners (not that this would necessarily include opportunists like Broadwell). Nasaw agreed. "Many of us come from careers in journalism and history," he said, "and for us the rules are clear. But they're not clear for everyone."

Young writers once acquired their professional standards while coming up in established, stable institutions like universities and newspapers. Now those institutions — and writers themselves — are changing. New ways of preserving the best traditions must be found.

Mother Jones' explainer on the resignation of David Petraeus

Washington Post editor and "All In" co-author Vernon Loeb describes his astonishment at learning of the affair between his co-author, Paula Broadwell, and their subject, Gen. David Petraeus

The Leon Levy Center for Biography at CUNY