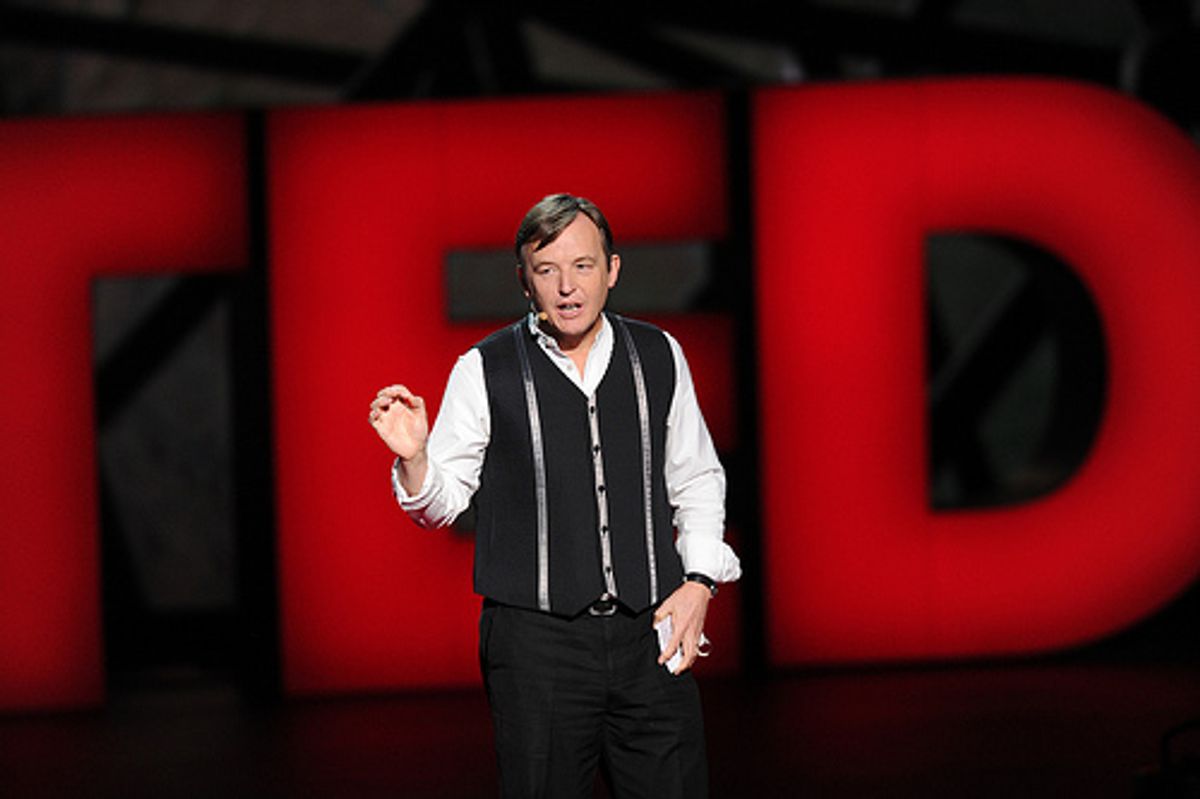 "It’s a good counterpunch to the argument that the Internet is dumbing us down," Anderson told Salon. "Whatever else is true, there are an awful lot of curious people out there, there’s a lot of life-long learners out there."

Known now for "Ideas worth spreading," TED began in 1984 as a closed-door conference covering technology, entertainment and design. Anderson, who is not the same person as the recently departed editor of Wired, purchased the conference in 2001, spun it into a nonprofit and began experimenting with ways to tap into what he has called the "biggest learning cycle in human history."

In honor of the billion-view milestone, TED has created TED playlists, thematically grouped talks curated by 20 influential figures, that will be released throughout the week.

TED Talks have been criticized for taking themselves too seriously but Anderson is willing to laugh at himself. Asked what he thought of the Onion's series of TED Talks parodies, Anderson chuckled. "We love them. For many years at TED, right at the end of the conference we parody the conference ourselves," he said. "We love what they’re doing. I’ve tweeted them. I think they’re fun."