Wall Street should hate itself

A Goldman Sachs tell-all gets panned for the wrong reasons, showing how financial journalists are in bed with CEOs 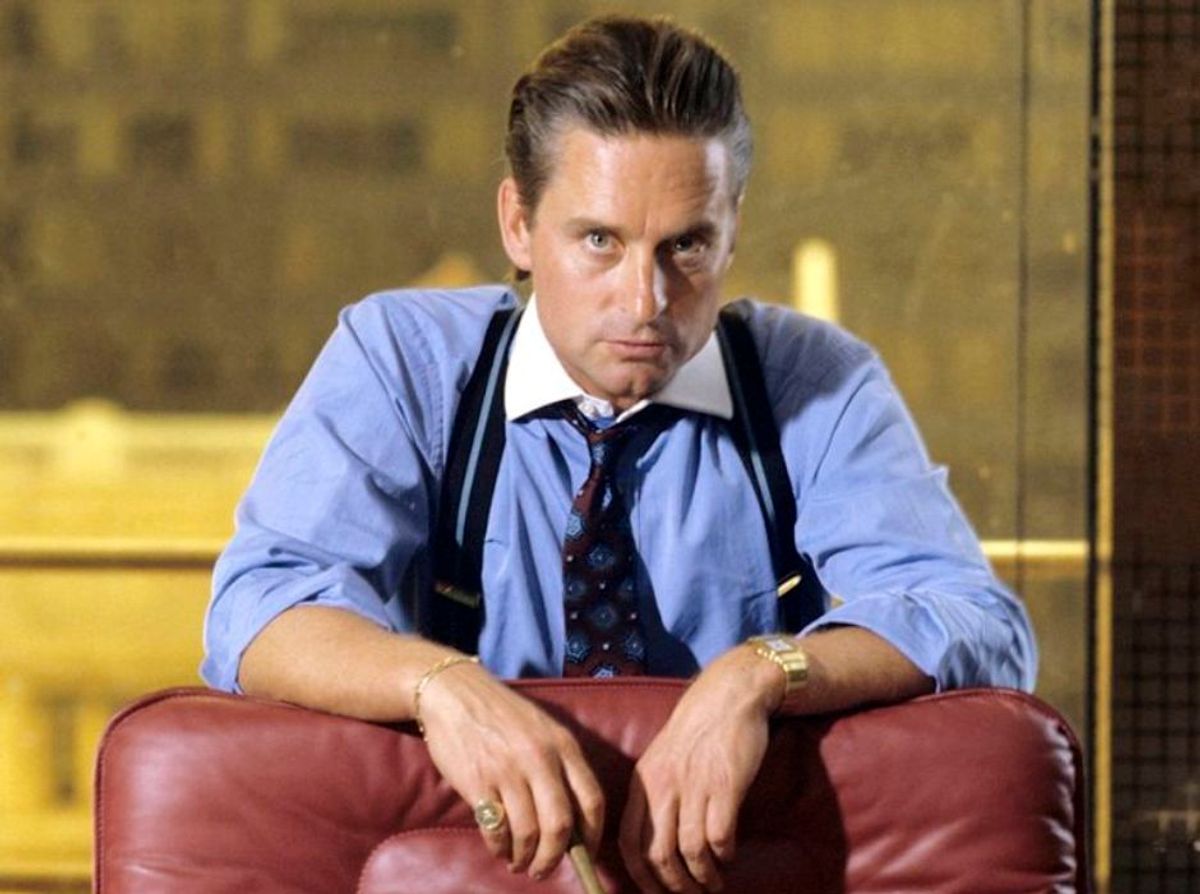 The jeers have been universal for Greg Smith’s anticipated book "Why I Left Goldman Sachs." The Wall Street tell-all is dull, the critics say: Smith only quit Goldman Sachs out of anger over pay and promotion; he is greedy; he is naive. Unsurprisingly, these reactions align with the picture Goldman Sachs itself has assiduously tried to paint of the man in the weeks leading up to the book’s publication. Together, they also say far more about the state of financial journalism today than Smith has managed to say, in an entire book, about Goldman Sachs.

The chief criticism of the book, which Smith produced in little over six months for a reported fee of $1.5 million after his Op-Ed in the New York Times became a sensation, is that it is dull. Speaking in his regular Squawk Box spot the Friday before publication, the Times' Andrew Ross Sorkin scoffed that the most interesting part of the book was Smith’s account of seeing Lloyd Blankfein, the Goldman CEO, naked in the firm's gym. We have arrived at a particularly problematic moment for human evolution if the vision of Lloyd Blankfein naked is cause for acclamation. I don’t know the man, but I’m going to go right ahead and assume that over the course of a single week, he is frequently unclothed. If there’s a message to come out of Smith’s journey, it’s surely not that some rich old guy once got nude.

The other big criticism is that the book lacks any truly outstanding or illuminating revelations; in the tired phrase, there are no smoking guns, no “gotcha” moments to illustrate the “toxic culture” at Goldman Sachs of which Smith complained in his Op-Ed. Symptomatic of this for many in the financial media is the fact that Smith gives few real names for the characters on which the narrative is hung (Smith recognizes in an afterword that he “changed names or descriptors for some people”). This, presumably, is in contrast to much mainstream financial journalism, in which names are regularly withheld and identities often scrambled, and where virtually every halfway interesting story is draped with the cloak of the “background only” briefing, the off-the-record quotation, and the not-for-attribution smear. Anonymity, evidently, is a perfectly legitimate reporting tactic until someone else employs it.

Goldman conducted an internal review into the claims contained in the Op-Ed Smith published in March, then leaked the results to various news outlets in the run-up to the book’s release. (Asked to explain this strategy, a Goldman spokesman, Michael DuVally, played the bruised lover card: “Everything we've done must be seen through the prism of The New York Times never giving us the opportunity to comment for the op-ed and Greg Smith never having bothered to fact check anything with us for his book.”)

An official Goldman line quickly emerged: Smith was frustrated at not getting more money; he never raised concerns about firm culture in any meaningful way with any of his superiors; he is clueless if he genuinely believes a bank does not have profit at its chief motivation. Many of the more visible personalities in the financial media have proven to be dutiful, at times gleeful, transmitters of this line. The most lacerating critiques of Smith have -- not surprisingly -- found a home on the financial news networks. Bloomberg's Stephanie Ruhle’s interview with Smith, deploying the kind of uppity intellectual midgetry that makes for deliciously awkward television, was especially notable for its savagery.

Note the fortress from which this attack is launched: Ruhle is at pains to stress that she too used to work in finance. This tool of self-legitimation is a standard trope in the literature: Anyone covering finance as a journalist who has an ounce of “real” finance experience will frequently draw on that experience, no matter how small, to burnish their credentials and legitimacy as a reporter. Each bullet point in the resume will be polished and put to work: I did an internship at Morgan Stanley! Love me! But the patina of authority the finance CV provides is thin at best. The mere fact that you worked, for however long, in one specific corner of the financial universe does not guarantee that you know anything about the countless other corners of that universe. Finance is big. It has lots of cogs. The guy in fixed income index analytics doesn’t necessarily understand anything about credit sales, and the plodder in emerging markets healthcare research might have no clue how to execute a distressed debt trade. (Full disclosure: I also used to work in finance. And I sucked at it.)

The excessive emphasis on reporters’ finance chops in the deluge of jeremiads we’ve seen against Smith over the last two weeks reveals not the strength of authority in financial journalism, but its utter fragility. Banging on about how you used to work in finance too doesn’t make you look authoritative; it makes you look insecure.

To be fair, financial journalism on TV is an awkward dance: Reporters are enmeshed in the markets but somehow need to maintain the critical distance necessary to report on them objectively. Too much skepticism and you’ll alienate the CEO class whose on-air interviews supply you with the oxygen of relevance; too much deference and you look like a kiss-ass or -- worse -- the kind of person who couldn’t cut it in the markets but still desperately wants a seat at the table, a kind of finance jerk manqué grasping for affirmation from the finance jerks reussis. In the ideal scenario, there is some kind of balance. This balance has not much been on display in the TV treatment of Smith. Indeed, the pundits have not simply rehearsed the familiar talking points on Smith doing the rounds of the chattering finance classes; they have done so harder, better, faster and louder than anyone else. So Goldman Sachs and most people working in finance today think Greg Smith is a Muppet? We think he’s an even bigger Muppet. He is a Muppet show. The best braggadocio comes from the most febrile places.

This is not to defend the book; it’s simply to say that in panning it, the critics have missed the special contribution it has made to the public understanding of the financial life. Yes, the book is a turgid read. The whole thing is wrapped in the kind of earnest prose of a particularly unsuccessful online dating profile; some sentences, small sketches in surrender and apology, read like calls for mercy before an inevitable execution. (At one point, Smith concludes a story explaining the origins of his workplace nickname, “Springbok,” with the line, “You had to be there, but I thought it was hilarious.”) There are many, many pages given over to puzzlingly detailed disquisitions on table tennis, the design of the Goldman Sachs cafeteria, the Series 7 securities test that every young Wall Street analyst takes, the rationalization of compliance documentation, the 2001-era contents of Smith’s Sony CD walkman, the 2005-era contents of Smith’s iPod, and so on.

In the artlessness of its prose and its near-total lack of narrative ambition, however, Smith’s account deserves not to be dismissed, but celebrated as an accurate reflection of life on Wall Street today. Yes, the book is remarkable only for being utterly unremarkable. But this is really just another way of saying that life on Wall Street is itself utterly unremarkable. The great democracy of Wall Street is that this is as true for the vast class of middling stiffs toiling away in the support functions as it is for the high earners in the more glamorous sales and trading seats. It's in the interest of financial journalists and CEOs to pretend otherwise.

Each job on Wall Street is different; the mundanity varies in minor but distinct ways. But there is usually a pattern to how the workday evolves. You get to work early. You take a few minutes to absorb the bragging of those who got to work earlier. You spend hours in front of a Bloomberg terminal. You fiddle, at length, with cells in Excel. You eat lunch at your desk. You keep casual conversation to a minimum, and rarely allow it to stray beyond the subject of sports. At night, if you have a family, you head home to Jersey. If you don’t, you put on your pointy tan leather shoes and get fired up for a splashy night out in the Meatpacking District at which you will, for the most part, discuss work (or sports), and you will, at some point, take in a meal at a concrete, boom-box Asian fusion restaurant with gigantic, stick-heavy vegetation arrangements, toilets designed to spark conversation, and maitre d’s whose accents start every sentence in South Africa and finish every sentence in France.

Even if unwittingly, Smith’s book constitutes a vigorous -- and highly necessary -- rebuttal of the notion, held chiefly by those who have never worked in finance, that finance is a hothouse of riotous personalities. The critics, stalking the pages in search of a sexy gotcha scoop, are blind to this achievement. Even the quick, purportedly negative sketches Smith sows through the book of toxic colleagues (a manager in London does not look at him when he goes up to her desk to ask a question; an arrogant manager goes on a juice diet; a bottom line-focused partner only speaks if it is to query whether a trade will help the bottom line) show these people to be straightforwardly bland in their toxicity. This should not be surprising. People who are greedy, unpleasant and employed in a job purely out of a desire to make money are likely to be boring. For those committed to turning them into mythic heroes, this reality seems unbearable.

Many critics have compared the book, unfavorably, with the progenitor of the genre, Michael Lewis’ "Liar’s Poker." The Wall Street Journal, for one, “recommends you stick with ‘Liar’s Poker’ for an unvarnished look at Wall Street’s culture.” This misses the point. Lewis wrote his book in the 1980s, a time when open outcry still ruled in the pits of the exchanges, the automation of trading was in its infancy, there was no Internet, and the arrows of popular outrage and satire (driven, as it happens, by the very publication of books such as "Liar’s Poker") had yet to touch the world of the big firms. That is not the world of Wall Street today. In this sense, the Blankfein-in-the-buff anecdote may be instructive, after all: If Smith’s book proves anything, it’s that we have passed definitively from the golden age of the big swinging dick to the middle age of the modestly displayed CEO penis. People in finance today are no longer Masters of the Universe. They are Diligent Stewards of Spreadsheets.

It’s true, "Liar’s Poker" does provide an unvarnished look at Wall Street’s culture -- as it was 25 years ago. The big Wall Street firms today, by contrast, offer limited scope for the expression of large personalities; rather, they are vast, pluriform bureaucracies, peopled with regular, worker-bee technocrats committed to the efficient cultivation of their daily furroughs and largely untroubled by the world beyond the borders of work -- people, in other words, just like Greg Smith was for much of his career. Thirty years ago, finance dicks were free to be swung with glee; try swinging a dick, no matter its size, in one of the major firms today and the exercise will die at the first compliance hurdle. "Why I Left Goldman Sachs" may not be the book the financial press wanted. But it is the book Wall Street deserves.