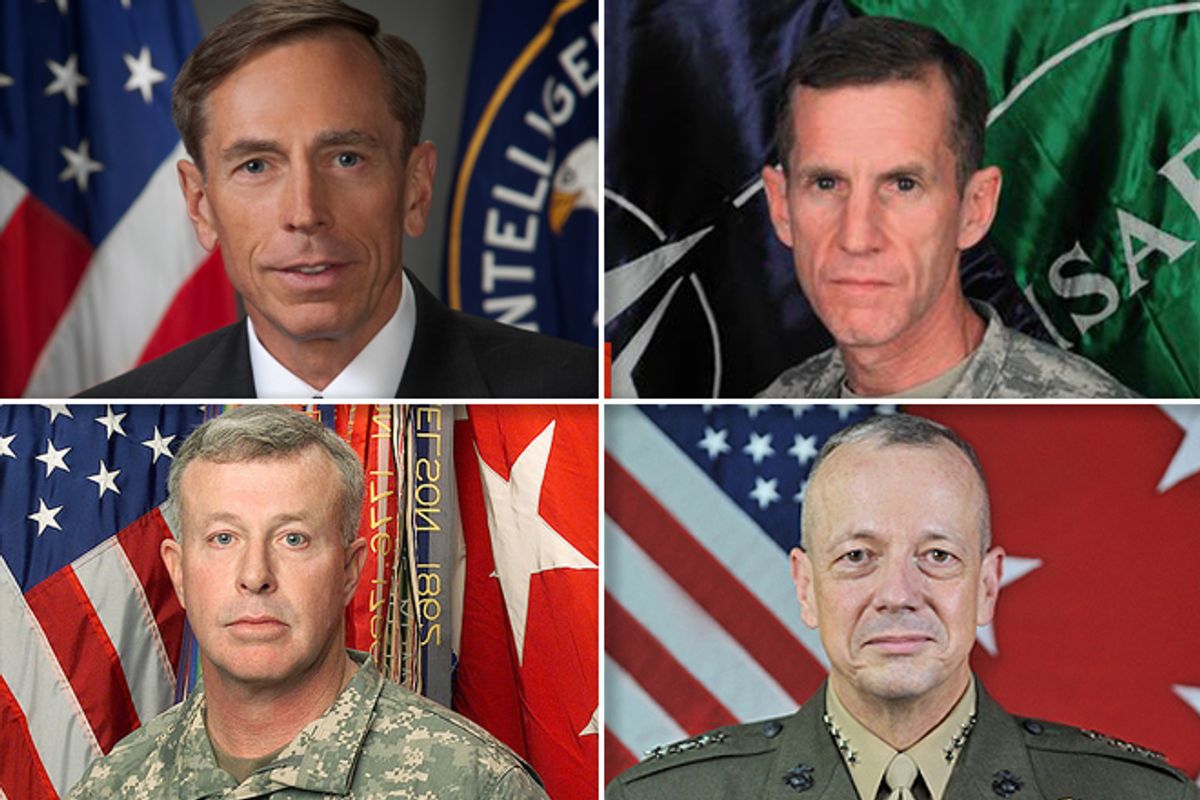 The U.S. is supposed to be in Afghanistan for at least another two years, but you know the war effort may be struggling when this is the track record of its commanders over the past four years:

While these could all be isolated incidents, it's hard not to see  a pattern here -- each incident was unprecedented in the modern era in its own way. And it's hard not to see the string as a bad omen for a war effort that faced difficult odds of success in the best circumstances, but has often encountered the worst.