The President defended Susan Rice and withheld judgement on the FBI 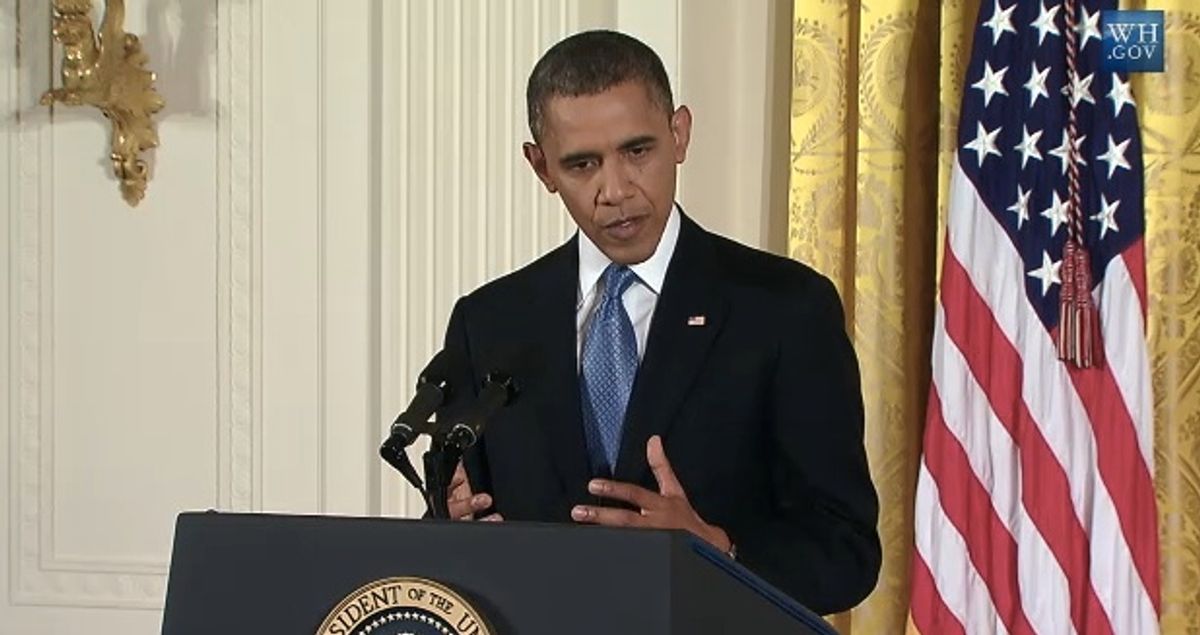 The President had a  lot to say about Benghazi, Petraeus and the looming budget showdown in addressing reporters this afternoon. Here are the five main points:

1. Benghazi showdown: President Obama said that he thinks it's "outrageous" that Republicans like John McCain and Lindsey Graham have said they'd block the nomination of U.N. Ambassador Susan Rice to be secretary of state because of her handling of Benghazi.

"If Sen. McCain and Sen. Graham and others want to go after somebody, they should go after me," Obama said, adding: "If they go after the U.N. ambassador because apparently they think she's an easy target, then they've got a problem with me."

Graham responded in a statement: "Mr. President, don’t think for one minute I don’t hold you ultimately responsible for Benghazi. I think you failed as Commander in Chief before, during, and after the attack."

“We owe it to the American people and the victims of this attack to have full, fair hearings and accountability be assigned where appropriate," he continued. "Given what I know now, I have no intention of promoting anyone who is up to their eyeballs in the Benghazi debacle.”

And on the Senate floor, McCain also responded to the President and said that they're "not picking on anybody. We intend to pursue this until the American people have the answers they deserve."

"This president and this administration has either been guilty of colossal incompetence, or engaged in a cover-up," McCain added.

2. Petraeus: Obama said that he has "no evidence at this point from what I've seen that classified information was disclosed, that in any way would have had a negative impact on our national security." He added: "I don't want to comment on the specifics of the investigation."

Later on, Obama said that he's "withholding judgement" about whether or not he thinks he should have been informed of the FBI's investigation sooner. "We don't have all the information yet. But I want to say that I have a lot of confidence generally in the FBI."

3. Fiscal cliff: Obama called on Congress to pass a middle-class tax extension: “We should not hold the middle class hostage while we debate tax cuts on the wealthy,” adding that he won't extend the Bush tax cuts. ‘‘What I'm not going to do is to extend Bush tax cuts for the wealthiest 2 percent that we can’t afford and according to economists will have the least positive impact on the economy."

“This should not be a surprise to anyone," he added.

‘‘A modest tax increase on the wealthy is not going to break their backs,’’ Obama said. ‘‘They'll still be wealthy.’’

4. Romney: Obama said he hopes to sit down with Mitt Romney, but, "We haven't scheduled something yet."

"I hope it's before the end of the year, though, that we have a chance to sit down and talk," he said, then went on to praise some of Romney's ideas, including his management of the Salt Lake CIty Olympics.

5. Iran:  Obama said that “there is still a window of time to resolve this diplomatically.”

He continued: “I will try to make a push in the coming months to see if we can open up a dialogue with not just us, but the international community.”