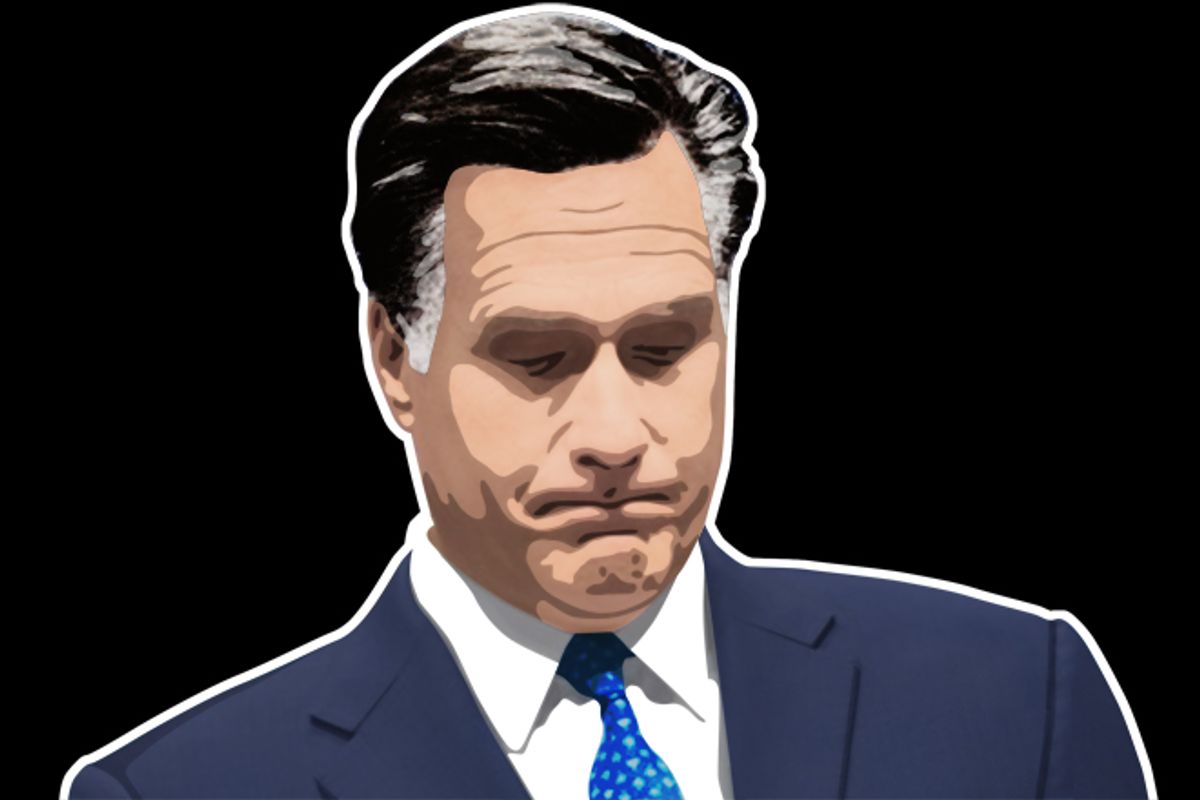 In a call with his disappointed donors Mitt Romney attributed his election loss to "gifts" President Barack Obama gave to important constituencies like young and African American voters. The Los Angeles Times reported:

Obama, Romney argued, had been “very generous” to blacks, Hispanics and young voters. He cited as motivating factors to young voters the administration’s plan for partial forgiveness of college loan interest and the extension of health coverage for students on their parents’ insurance plans well into their 20s. Free contraception coverage under Obama’s healthcare plan, he added, gave an extra incentive to college-aged women to back the president.

Romney argued that the Obama’s health care plan’s promise of coverage “in perpetuity” was “highly motivational” to those voters making $25,000 to $35,000 who might not have been covered, as well as to African American and Hispanic voters. Pivoting to immigration, Romney said the Obama campaign’s efforts to paint him as “anti-immigrant” had been effective and that the administration’s promise to offer what he called “amnesty” to the children of illegal immigrants had helped turn out Hispanic voters in record numbers.

“The President’s campaign,” he said, “focused on giving targeted groups a big gift—so he made a big effort on small things. Those small things, by the way, add up to trillions of dollars.”

"They cannot stop being disrespectful and dismissive," Cynthia Tucker, a professor at the University of Georgia, slammed Romney's call on MSNBC. "They cannot speak of us as Americans, as voters."

Romney added that the donor group could be the basis of a future network that could wield some influence in the Republican Party. He said there was potential to hold annual meetings over the future direction of the GOP including the next presidential candidate, “Which, by the way...will not be me.”