Joe Rogers Jr. denies a former employee's allegations of forced sex and says that she is blackmailing him 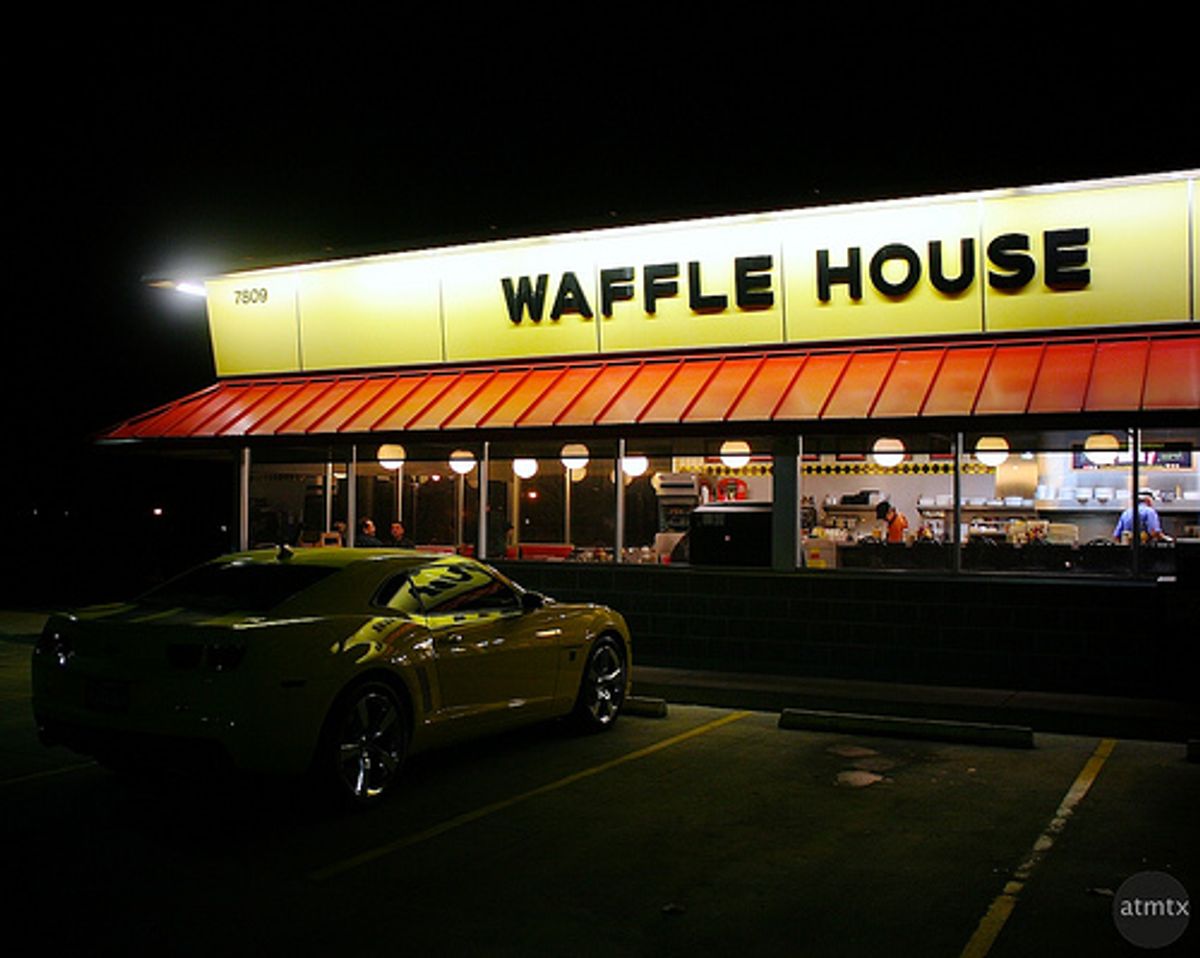 ATLANTA (AP) -- The CEO of Waffle House said Tuesday that a former employee who claims he tried to force her to have sex actually was a participant in consensual sex and has been trying to blackmail him.

"I am a victim of my own stupidity, but I am not going to be a victim of a crime - extortion," Joe W. Rogers Jr. said in a written statement.

The woman told Atlanta police last month that Rogers demanded she perform sexual acts in exchange for keeping her job and that he also tried to force her to have sex with him despite her repeated protests. She said this occurred for nearly 10 years, from 2003 through June of this year. The Associated Press does not generally identify alleged victims of sexual assault.

Rogers identified the woman as his former housekeeper, and said she is not telling the truth.

"Over an almost eight-year period when I was separated, single and re-married, I had a series of infrequent consensual sexual encounters with my housekeeper," Rogers said.

He said the woman worked for 15 hours a week from 2003 until she was let go in 2008. He said she later was rehired as his house manager and quit her job in June.

"Shortly thereafter, on July 16, 2012, I received a letter from her attorney containing false allegations and strong threats," Rogers said. "According to her attorneys, she now wants millions of dollars from me."

Rogers said he shared the letter from the woman's attorney with his wife and they hired lawyers to look into the situation. Rogers and the woman sued each other, but documents in those cases were sealed.

Rogers' attorney, Robert Ingram, said a Cobb County judge lifted a gag order in Rogers' lawsuit Tuesday "so Joe could get his version of the story out."

"We're doing that and we're also pursuing remedies for Mr. Rogers in court based upon what appear to be violations of the court's orders."

Ingram said the woman made intimate videotapes involving Rogers, and he said the court demanded that she turn over those tapes.

"They were tapes that (she) recorded, which is a crime in the state of Georgia to record somebody when that person had an expectation of privacy and doesn't consent to the recording," Ingram said.

A hearing on the Cobb County lawsuit is scheduled Wednesday.

The woman's attorney, David Cohen, phoned in a statement to The Associated Press late Tuesday disputing Rogers' version of events.

"We understand he's obviously trying to spin his wrongful actions in some positive light," Cohen said. "We believe attempting to attack the victim will only make matters worse and that the parties just need to let a jury decide the issues. Our position and facts as they have evolved thus far are stated in our verified counterclaim filed in the courthouse, which is part of the record unsealed by the court today."

In the police report, the woman identified herself as a single mother. She said she stayed in the job and submitted to Rogers because she couldn't find other employment with comparable pay. She said she gave Rogers a letter of resignation in June after her son secured a full college scholarship.

Rogers said he was wrong to have sex with the woman during a period when he was separated and later remarried.

"That was wrong of me and I am very sorry for the pain and embarrassment I've caused my wife and family. There is no excuse for what I have done," he said.

He added, "As personally embarrassing as this situation is for me, I am committed to the legal and law enforcement process to expose the motives of my former housekeeper and her attorneys."