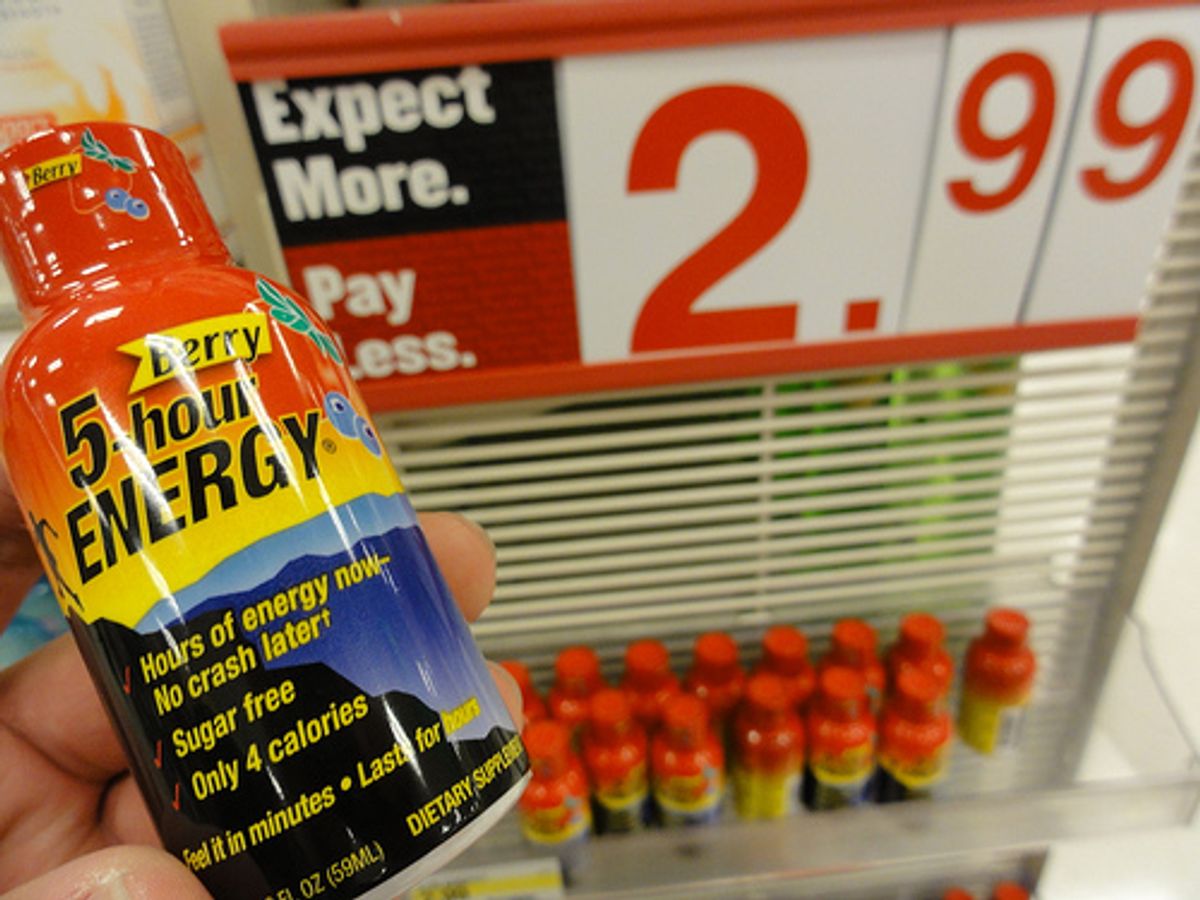 According to FDA records reviewed by the New York Times, 5-Hour Energy, the highly caffeinated shot "marketed to hardworking adults," has been cited in reports of 13 deaths over the last four years. The Times also learned that since 2009, "5-Hour Energy has been mentioned in some 90 filings with the F.D.A., including more than 30 that involved serious or life-threatening injuries like heart attacks, convulsions and, in one case, a spontaneous abortion." (The Times notes, however, that the incident reports do not "mean that a product was responsible for a death or an injury or contributed in any way to it.")

The distributor of the beverage, Living Essentials, said in a statement that it was “unaware of any deaths proven to be caused by the consumption of 5-Hour Energy.”

The energy drink industry at large is facing "increasing scrutiny over issues like labeling disclosures and possible health risks" as the FDA has also received fatality reports citing another energy drink, Monster Energy. Both drinks are marketed as dietary supplements, which do not have the same reporting or ingredient requirements as beverages.