Perhaps the most important legacy you could leave, President Obama? Clean elections 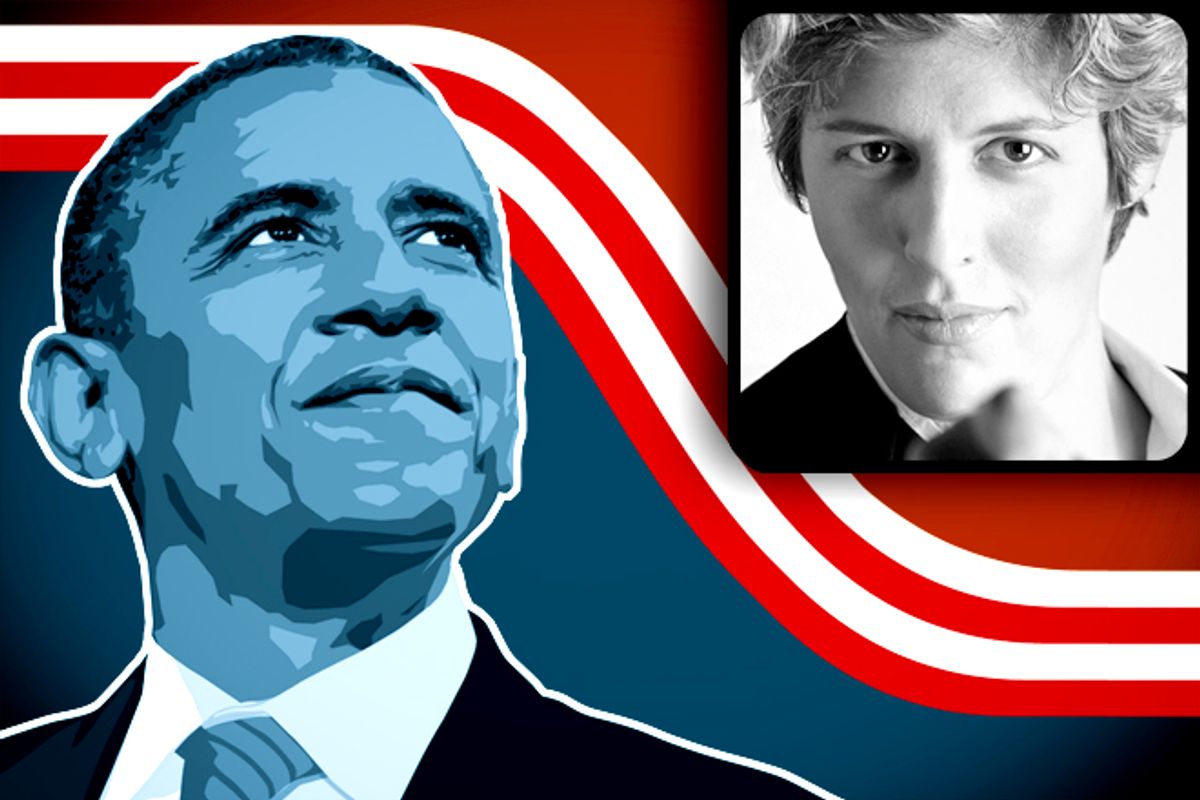 We've reached out to some of our favorite progressive thinkers and writers asking a simple question: What one thing would you ask President Obama to do in his second term? We'll be running their answers over the coming weeks.

Mr. President, perhaps the most important legacy you could achieve on the heels of your reelection is the preservation of the electoral process itself.

Estimates suggest that, between political party spending and super PAC largess around the presidential and congressional races, this past election cost as much as $6 billion.  That is just astonishing.  And astonishingly wasteful.

Karl Rove alone raised and spent upward of $400 million to influence the election.  Instead, Rove and the hidden donors behind his super PAC could have given over $1,500 to every unemployed person in Virginia — that is, he could have actually done something good with the money, and maybe won the state.  Leave aside the fact that Republicans oppose unemployment assistance; the point is, our electoral spending is wildly out of proportion with the realities of voters and even the proportions of the recent past.  In 2004, the record $1 billion in campaign spending made headlines and set records.  Now we’ve eclipsed that sixfold.

Mr. President, in August you wrote in an online Reddit discussion:

Over the longer term, I think we need to seriously consider mobilizing a constitutional amendment process to overturn Citizens United (assuming the Supreme Court doesn't revisit it). Even if the amendment process falls short, it can shine a spotlight of the super-PAC phenomenon and help apply pressure for change.

The pressure for change is surely being felt.  Americans are yet again suffering through an intense political debate around the fiscal showdown, a “crisis” manufactured by extremist Tea Party leaders brought to power in the first election after the Supreme Court allowed unlimited, secretive political spending in its Citizens United decision. More than 80 percent of Americans favor limits to the amount of money corporations, unions and wealthy donors can spend on our elections.  If it’s what you believe and what the American people want, will you use your political capital to actually, finally fix the obscene influence of money in our political system?

America cannot afford another election like this one.  It’s not just that unrestricted campaign spending favors wealthy candidates and interest groups in elections.  But investigations showed that ads backed by secretive and unrestricted super PACs in this election cycle were more negative than ads put out by the campaigns and parties themselves. Our politics are ugly and divisive enough.  We don’t need shadowy donors spending unlimited sums to further drag opposing candidates and our political process as a whole through the mud.

Now, I realize that standing up for something that you and the American people believe in has sometimes been hard for you, but it appears the election didn’t just give you a second term but a stronger backbone.  And already you show signs you won’t repeat the mistakes of your first term and will enlist the American people and your supporters in building pressure and momentum for change in Washington.  Good on you, Mr. President.  Now, if you could just channel your newfound cojones not just toward staunching the wounds on our nation’s credit and solvency inflicted by GOP ideologues but proactively making the structural changes our political system needs to prevent such extremist politics in the first place.

Voters in 11 states have backed a constitutional amendment to overturn Citizens United and get the dirty influence of unrestricted and secretive money out of our elections.  And 24 returning United States senators have already introduced or co-sponsored amendments along these lines, indicating their support.  What the future of our democracy desperately needs is a president with a powerful political mandate, a passionate base of supporters and a true gift for bipartisan mobilization—a president who will step forward, articulate a vision for clean elections -- and lead.  Are you that president?