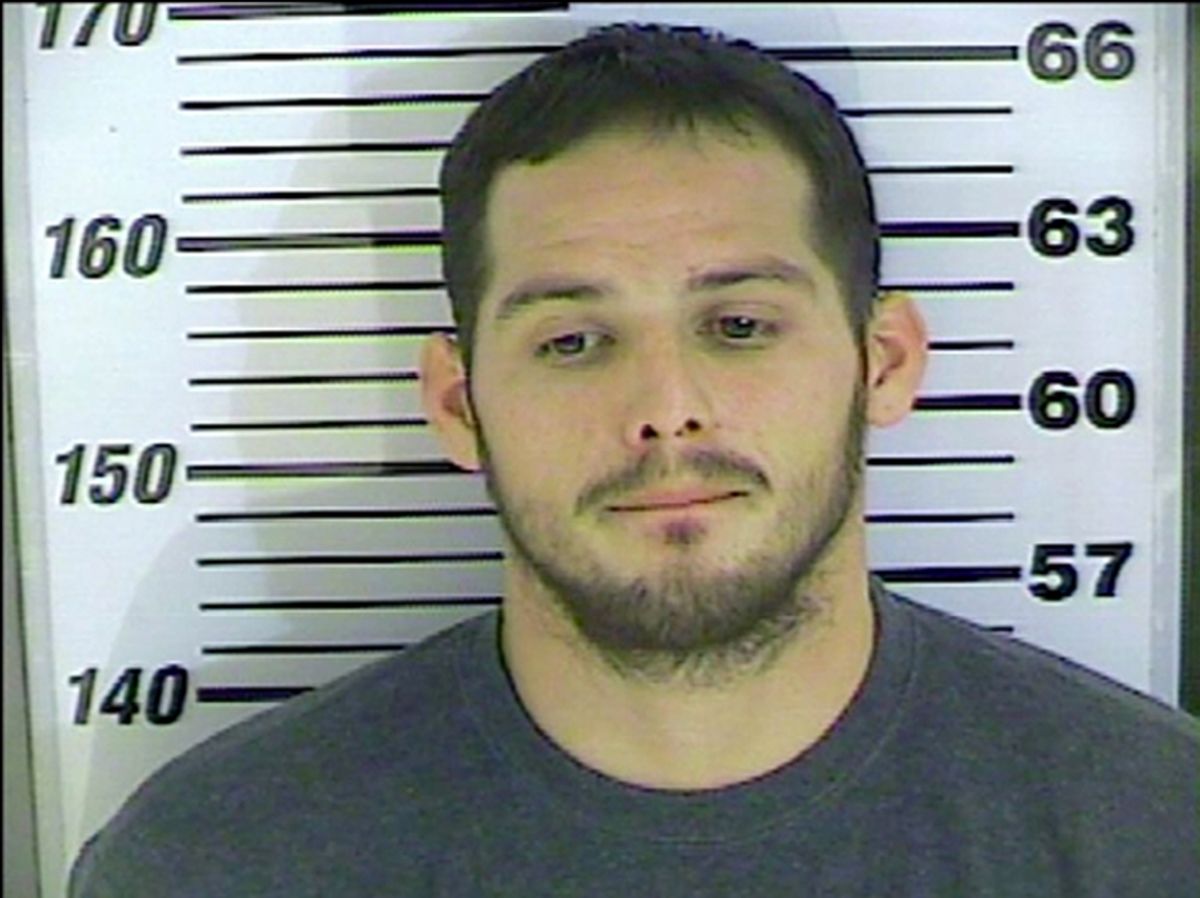 As the investigation continues into a murderous Georgia-based militia group led by American military personnel who were plotting to overthrow the federal government, a former Navy recruit has become the 11th person charged in the case that includes allegations of burglaries and car break-ins to support the group and at least two homicides to keep it secret.

It appears drug dealing should also be added to the list.

On Wednesday, according to the Associated Press, Georgia prosecutors said the former Navy recruit, Jeffrey Wayne Roberts Jr., 27, of Savannah, was being held in Bryan County after his arrest Tuesday on charges of illegal gang activity, including possession of cocaine, marijuana and ecstasy with intent to distribute.

The gang named in the indictment of Roberts was FEAR, a militia group that authorities say was based at the sprawling Fort Stewart
Army base in Georgia and is responsible for the December 2011 murder of a recently discharged soldier, Michael Roark, 19, and his 17-year-old girlfriend, Tiffany York, a high school junior.

According to prosecutors, FEAR – or Forever Enduring Always Ready – had stockpiled $87,000 worth of weapons and explosives and planned to overthrow the government through a campaign of terror and political assassinations.

The teenage sweethearts were killed and left where they fell in a patch of Georgia woods to keep the plot secret, prosecutors say. Roark had helped the group purchase weapons but had apparently grown disillusioned with the group and intended to return home to Washington state. He and York were killed two days after he was discharged from the Army.

Tom Durden, district attorney for the Atlantic Judicial Circuit in southeast Georgia, said Roberts was not involved in the murders, the Associated Press reported. “He was not present at the murders, but his activities furthered the FEAR organization,” Durden was quoted as saying.

The indictment, the AP reported, says Roberts, who was in the Navy for barely a year, handled drugs for the militia group between Oct. 1 and Nov. 30 of last year, but gives no other details.

Several other former soldiers have been charged with breaking into houses and cars to help finance the group.

Two members of FEAR – Christopher Jenderseck, 26, a recently discharged soldier and Pfc. Michael Burnett – have pleaded guilty for their involvement in the slayings and have agreed to testify against their former comrades.

Jenderseck was charged with helping to destroy evidence, including bloody clothes and spent shotgun shells, but did not take part in the killing. Burnett was there when the young couple was each shot twice in the head. He was charged with murder, but in exchange for his testimony he will be sentenced for manslaughter once the trials are over.

At a court appearance in August, Burnett, his legs and hands shackled, told a judge that the militia had started out as a group of buddies going out into the woods, shooting off guns – “just guy stuff.”

“I don’t know how it got to the point where two people got murdered,” he said.