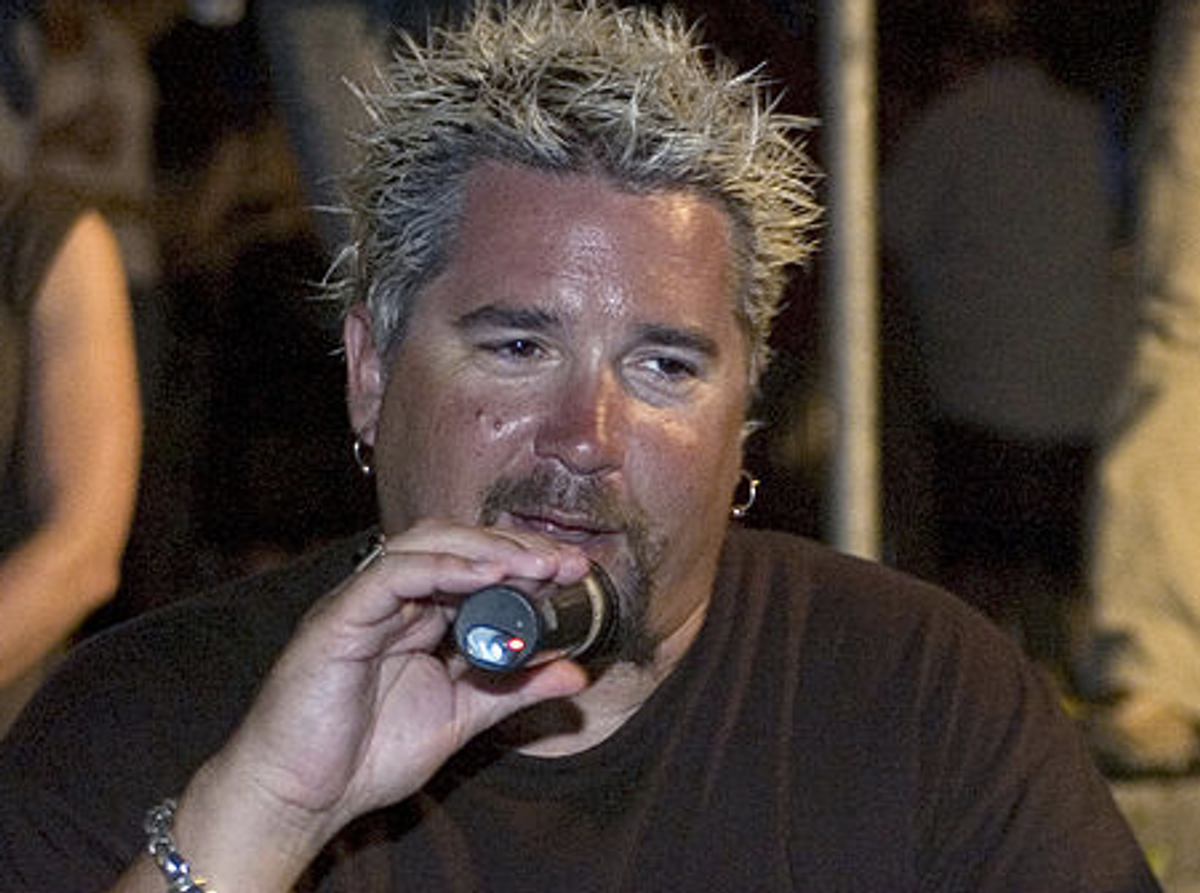 UPDATE:  Ironically, the New York Times held an event at Guy Fieri's restaurant the same day that Peter Wells' nasty review came out. The Times stated, "The Times ad sales department hosted an event for clients at the restaurant last night. The event was planned two months ago.”

Guy Fieri responded this morning to the New York Times' negative review of his new Times Square restaurant, Guy’s American Kitchen & Bar. (The review was so mean-spirited that it went viral yesterday). On the "Today" show Fieri said, "There's good and there's bad in the restaurant business, but that to me went so overboard, it really seemed like there was another agenda."

Marilyn Hagerty, the North Dakota woman whose earnest review of the Olive Garden went viral earlier this year, questioned Wells' approach in the review. She wrote an email told Yahoo! News saying,"I do mention the good and the bad. If it's all negative I wonder, 'What is the point?'"

Twitter reactions, on the other hand, were considerably more amused than Fieri: