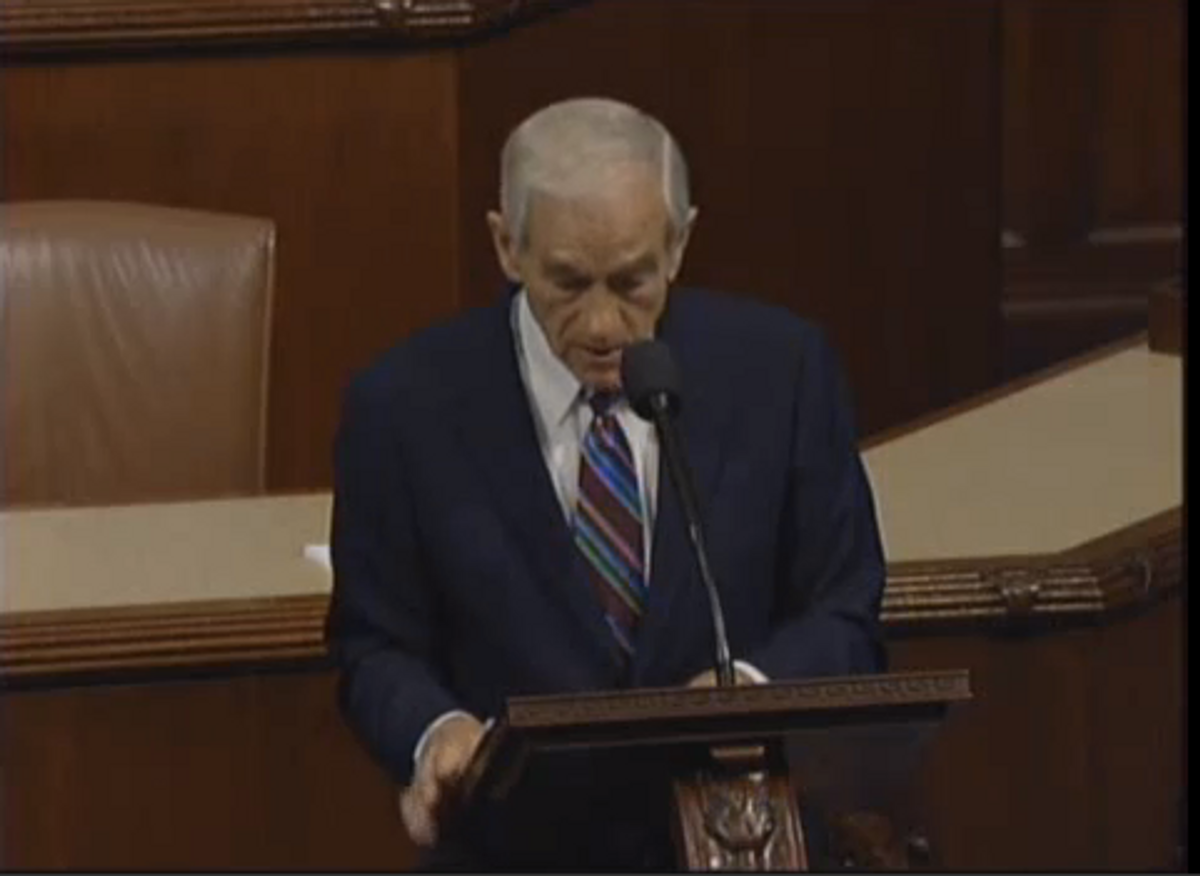 Here are some of the notable quotes:

• "If it’s not accepted that big government, fiat money, ignoring liberty, central economic planning, welfarism, and warfarism caused our crisis we can expect a continuous and dangerous march toward corporatism and even fascism with even more loss of our liberties.  Prosperity for a large middle class though will become an abstract dream."

• "Everyone claims support for freedom.  But too often it’s for one’s own freedom and not for others.  Too many believe that there must be limits on freedom. They argue that freedom must be directed and managed to achieve fairness and equality thus making it acceptable to curtail, through force, certain liberties.

Some decide what and whose freedoms are to be limited.  These are the politicians whose goal in life is power. Their success depends on gaining support from special interests."

• "After over 100 years we face a society quite different from the one that was intended by the Founders.  In many ways their efforts to protect future generations with the Constitution from this danger has failed.  Skeptics, at the time the Constitution was written in 1787, warned us of today’s possible outcome.  The insidious nature of the erosion of our liberties and the reassurance our great abundance gave us, allowed the process to evolve into the dangerous period in which we now live.

Today we face a dependency on government largesse for almost every need.  Our liberties are restricted and government operates outside the rule of law, protecting and rewarding those who buy or coerce government into satisfying their demands. "

• "Humanitarian arguments are always used to justify government mandates related to the economy, monetary policy, foreign policy, and personal liberty.  This is on purpose to make it more difficult to challenge.  But, initiating violence for humanitarian reasons is still violence.  Good intentions are no excuse and are just as harmful as when people use force with bad intentions.  The results are always negative."

• "Restraining aggressive behavior is one thing, but legalizing a government monopoly for initiating aggression can only lead to exhausting liberty associated with chaos, anger and the breakdown of civil society.  Permitting such authority and expecting saintly behavior from the bureaucrats and the politicians is a pipe dream.  We now have a standing army of armed bureaucrats in the TSA, CIA, FBI, Fish and Wildlife, FEMA, IRS, Corp of Engineers, etc. numbering over 100,000.  Citizens are guilty until proven innocent in the unconstitutional administrative courts."

• "Expect the rapidly expanding homeschooling movement to play a significant role in the revolutionary reforms needed to build a free society with Constitutional protections. We cannot expect a Federal government controlled school system to provide the intellectual ammunition to combat the dangerous growth of government that threatens our liberties."

• "The immoral use of force is the source of man’s political problems.  Sadly, many religious groups, secular organizations, and psychopathic authoritarians endorse government initiated force to change the world.  Even when the desired goals are well-intentioned—or especially when well-intentioned—the results are dismal.  The good results sought never materialize.  The new problems created require even more government force as a solution.  The net result is institutionalizing government initiated violence and morally justifying it on humanitarian grounds."