Romney, Ryan, O'Reilly and other GOP hypocrites are lying about the role of politics in American life 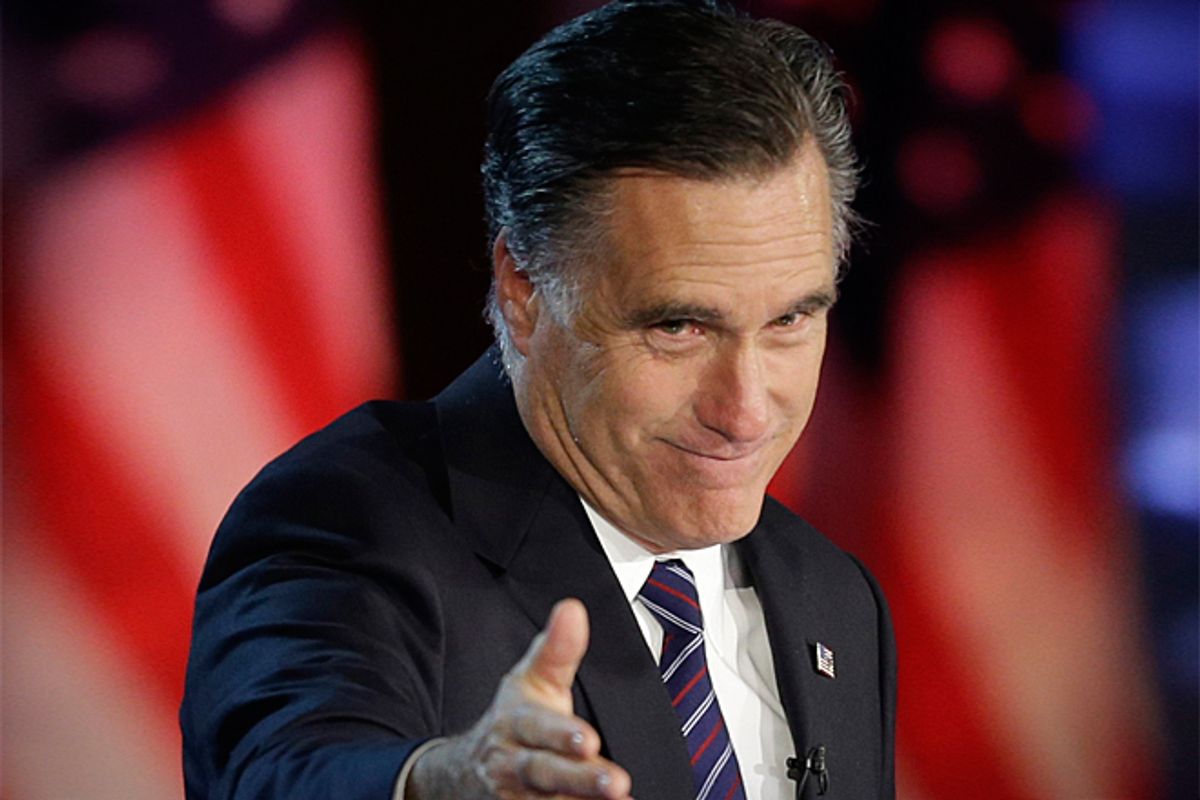 Mitt Romney is one sad sore loser. But in his divisive remarks to donors that became public Wednesday night, he's not saying anything he didn't say in his infamous 47 percent video. He and top-tier Republican leaders, from Rush Limbaugh to Bill O'Reilly to Karl Rove and Paul Ryan, believe that President Obama got an unfair advantage by giving "gifts" or "free stuff" to women, African-Americans, Latinos and young people – you know, those people who don't want to "take personal responsibility and care for their lives." Especially in "urban" areas.

By now everyone knows about Romney's explanation of why he lost on a conference call to donors. Here's a snippet:

With regards to the young people, for instance, a forgiveness of college loan interest, was a big gift. Free contraceptives were very big with young college-aged women. And then, finally, Obamacare also made a difference for them, because as you know, anybody now 26 years of age and younger was now going to be part of their parents’ plan, and that was a big gift to young people. They turned out in large numbers, a larger share in this election even than in 2008…

Yes, he called them "illegals."

Romney and his friends are being intentionally deceptive about the role of politics in people's lives. We come together to do what we cannot do alone. Throughout American history, that has involved a widening realm of protection and insurance for poor, working- and middle-class Americans – until the GOP convinced a majority of people (particularly whites) that it was all going to minorities, and they began voting Republican.

How can it be wrong to give the "gift" of guaranteed healthcare, if the American people so choose? And we did so choose by reelecting President Obama. Is it really some kind of skeezy gift to change immigration policy? Or reduce student loan debt? Or share the costs of contraception, as well as childbirth, which have traditionally fallen on women but which benefit everybody?

And how can it not likewise be a "gift" to cater to the wealthy for generations, slashing their tax rates as well as larding our tax code with special breaks that only accrue to the top 1 or 2 percent? Those are the gifts the Republicans have been giving to the rich, especially since the Reagan era.

Unfortunately, the white working- and middle-class base of the GOP has amnesia about how many "gifts" it got from government as its forebears climbed out of poverty. O'Reilly's and my people especially got lots of "gifts."

After bearing the brunt of Nativist hatred and violence, Irish Catholics did two things: They perfected identity politics, creating a parallel world of schools and ethnic organizations to help one another. And then they grabbed the reins of government in many cities and states, using public dollars to help the poor – many, but not all, Irish Catholics -- while also cementing their political power. They and other white ethnics, via the Democratic Party, built a public sector that did two things: expanded necessary public services, from infrastructure to public education, that benefited all Americans, while employing people to do it. Often that involved patronage and cronyism. But the old urban machines helped lift generations out of poverty.

Generations of white people, that is. Once African-Americans got a share of political power, suddenly using government to improve people's lives while also creating jobs became suspect. Over time, anxious Democrats turned against the idea, too, joining Republicans in decrying "big government." Barack Obama's ethereal "hope and change" rhetoric, for the record, struck me in 2008 as a kind of post-New Deal, "good-government" neoliberalism that likewise repudiated that old Democratic legacy.

But as president, Obama rediscovered the power of delivering for his base – and there's nothing wrong with that. African-Americans, Latinos, women, the young and gay people voted for him – and they got some policies that made their life better. That's what's supposed to happen when you win elections.

Romney is a sore loser. But make no mistake: He was ready to deliver gifts to the wealthy donors on that call had he won. Does he think we're stupid?