CNBC to John McAfee: "Are you prepared to die?" 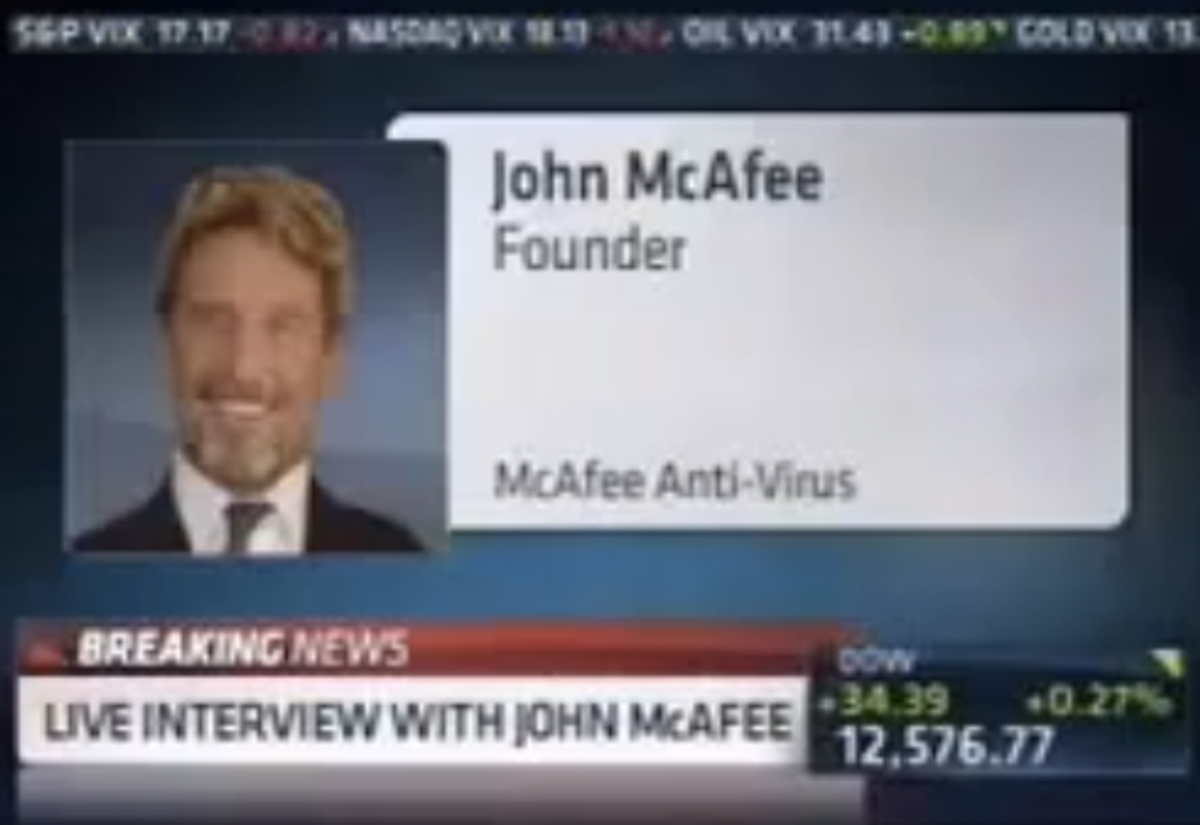 The former software executive (and possible meth manufacturer), who is wanted by the Belize government as a person of interest for the murder of American expat Gregory Faull, spoke today to CNBC's Brian Williams and Robert Frank via telephone.

Although the interview started out casually, it soon took a bizarre turn when McAfee defended himself against claims of eccentricity:

FRANK: John, you're an unusual guy. You know, we see pictures of you with a lot of guns, the spikey hair, the tattoos. A lot has been made recently about the young girlfriends you've had there. You know, a report now that you've even played Russian Roulette with a bullet. Is that report true?

MCAFEE: OK, well first of all, let's address the photos. When Wired magazine sent the photographer down, you've been in the press long enough to know that when a photographer says "Well let's take your shirt off. Why don't hold the shotgun?" well you simply do it. You have no clue what's happening. That's what I did. Do you think I run around shirtless carrying a shotgun on my property? That's utterly absurd. As for the Russian Roulette, absolutely. But it was not true Russian Roulette, if you read the story. Put a bullet in the chamber, put it to my head, clicked it dozens of times, walked outside fired into the sand, the bullet fired. My point was, life is not exactly what you see.

McAfee also said that he will resist the Belize government "as long as I'm still breathing." Sullivan then asked McAfee, "Are you prepared to die?" McAfee responded, "Well obviously that's what I think will happen if I am detained, and that is certainly a possibility."