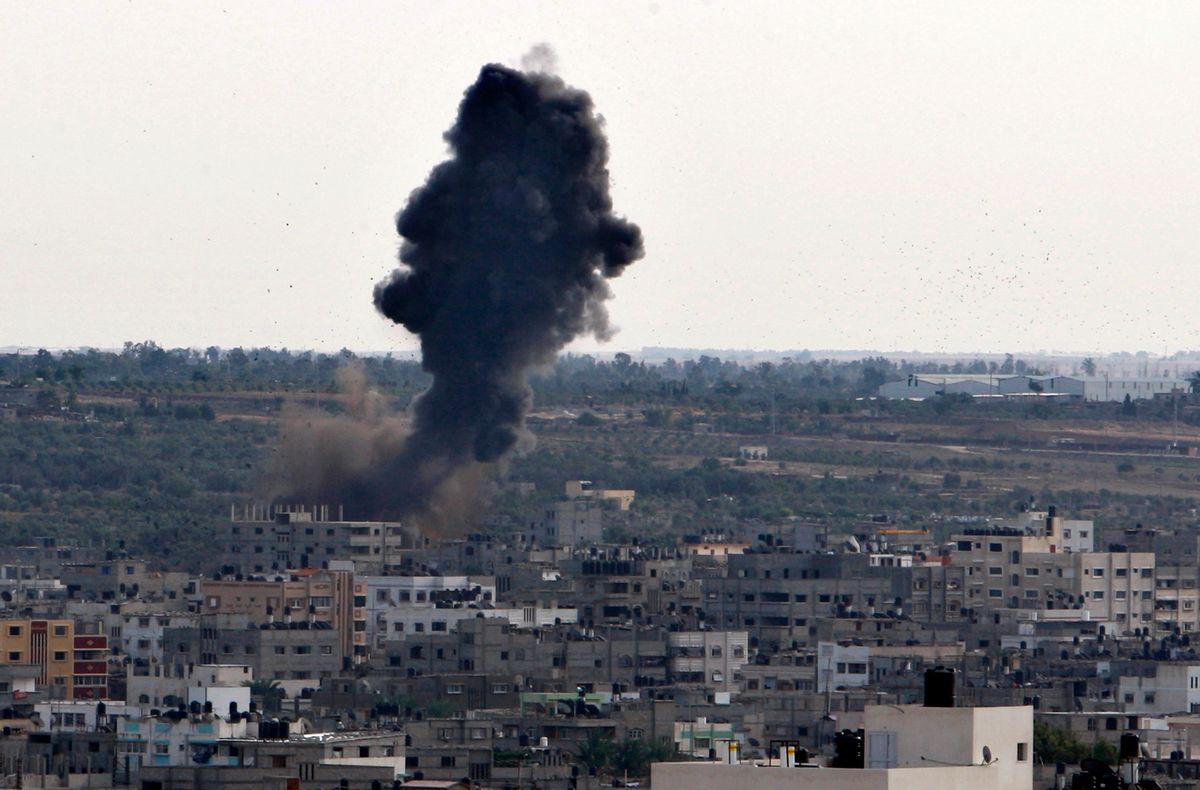 CAIRO, Egypt — Hani Jaber says the explosion he heard Wednesday evening in the heart of Gaza City was relatively small, “like a gas canister or maybe a loud firework,” he said.

But it was to be something much bigger than that. An Israeli airstrike had killed the commander of Hamas’ military wing in the Gaza Strip, Ahmed Al Jabari, kicking off the fiercest Israeli offensive in four years.

It comes on the heels of a recent weeks-long uptick in violence with both sides firing salvos.

“People were running and screaming everywhere,” Jaber said in a telephone interview from his home in Al Burj refugee camp in central Gaza. Exploding bombs could be heard through the telephone line as he spoke. “When I heard Jabari was assassinated, I thought ‘this is the beginning.’”

At least 20 Palestinians and three Israelis have been killed in the ongoing conflict, which has seen numerous Israeli strikes across Gaza and hundreds of rockets fired from Hamas and other militants into Israel.

It is the most intense fighting since a punishing Israeli assault on the territory in 2008-2009, when Israel and Hamas fought a grueling 22-day war that left more than 1,400 Palestinians and 13 Israelis, including 10 soldiers, dead.

In Gaza, a cramped coastal enclave with roughly 1.7 million people, residents speak now of a frightening and sleepless life under fire similar to the days of the previous assault.

Streets are deserted as Gazans hunker down at home. Residents said electricity is scarce and food stocks are running low.

Residents are avoiding congregating in groups, which to Israeli pilots might look like a band of militants readying to fire a rocket.

“We can’t move. No one can move because Israeli planes and drones are everywhere,” said Ramy Abdu, a 28-year-old resident of Gaza City’s Tel Al Hawa neighborhood, in a telephone interview.

The Hamas-run ministry of interior, almost completely destroyed by airstrikes Thursday night, according to reports, is located in Tel Al Hawa.

“There is not enough food,” Abdu said. “We cannot store food in our refrigerator because we don’t have regular electricity.”

Ramadan Al Hayek, a 25-year-old master’s student, described how his small street in Gaza City is joining together to provide bread and other necessities to its residents.

Every few hours, one male is sent by motorcycle to collect provisions — bread, eggs, milk, and increasingly scarce fuel for generators — for the neighborhood. It cuts down on potentially crowded lines at markets, and puts less people in the line of fire.

Because Israel has shuttered its sole commercial crossing with Gaza, and the smuggling tunnels under the Gaza-Egypt border are also now closed, supplies are running low.

Prior to the offensive, 60 percent of Gazan households were already either food-insecure or vulnerable to food insecurity, according to the United Nations Relief Works Agency.

“I went to the supermarket myself yesterday and it was difficult to find anything,” Al Hayek said by phone from Gaza City. “There were no eggs and then the power went out.”

In Abdu’s home in Tel Al Hawa, he sleeps with his wife and three daughters — aged six, seven and nine — in one room away from the windows, which are open so they don’t shatter from the sheer force of nearby Israeli strikes.

His daughters cling to him and refuse to even go to the bathroom without their parents by their side, he said. More than half of Gaza’s population is under the age of 18.

“I don’t tell them this is a war. I tell them they are hearing fireworks,” he said. “And not to be too worried.”

Abdu and other residents expressed hope that an unprecedented visit by Egypt’s Prime Minister, Hesham Qandil, to Gaza on Friday would mark the beginning of a brokered truce between both sides.

In a stunning turnaround from the days of former Egyptian President Hosni Mubarak, which on many fronts cooperated with Israel to isolate Gaza, Qandil said he held and kissed the forehead of a Palestinian child that had just died.

Israel had said it would halt air strikes while Qandil was inside the territory for three hours earlier today. But fire from both Israel and Hamas continued during the visit and throughout the day — and shows no signs of letting up.

“I just heard a rocket exploding, but I don’t know where it is,” Al Hayek said nervously on the phone this afternoon. “It’s like a nightmare.”