The singer-songwriter aims to raise awareness about human trafficking 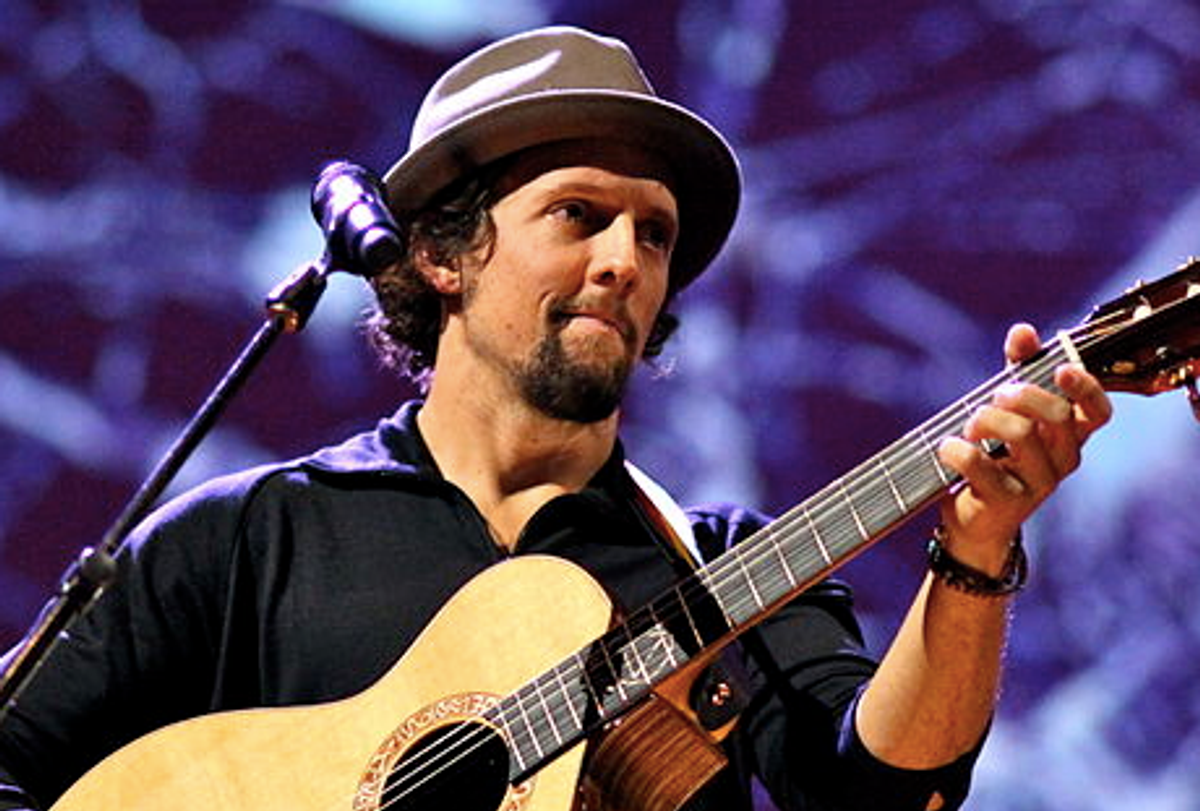 NASHVILLE, Tenn. (AP) -- Jason Mraz will make history next month when he performs in Myanmar to raise awareness about human trafficking.

Mraz will headline a free outdoor concert on Dec. 16 at People's Square in Yangon, at the base of Shwedagon Pagoda.

The Grammy-winning singer-songwriter is believed to be the first international artist to perform an open-air concert in the country. The show includes local acts and is hosted by MTV EXIT, the music channel's initiative to raise awareness about human trafficking and exploitation.

"That's pretty exciting," Mraz said of the history involved, "and I'm going there with an enormous amount of gratitude and respect, and I hope we can actually make a difference. I hope it's also a testament to the songs. I've always wanted my songs to be about healing and self-empowerment, and if this is the way MTV is acknowledging that, then I am incredibly grateful."

The show, which will include local acts, will be broadcast on Myanmar national television and will air on MTV's international network in 2013. Mraz hosted a similar concert in the Philippines last year. He first became interested in the issue about four years ago when he attended the Freedom Awards, an annual salute to those working against human exploitation put on by the organization Free the Slaves.

"I thought this was something that was abolished when Abraham Lincoln signed the Emancipation Proclamation, but all it did is become hidden from our view," Mraz said in a phone interview from Zurich, Switzerland. "There was a recent estimate that there are about 27 million people enslaved on the planet, certainly due to hard economic times not just in the Western world but certainly in Third World countries. Humans as a commodity is a great way to run your business. So I signed on, lent my voice, lent my music to the cause."

Myanmar is opening itself to the world since a military junta ceded power to a new elected government last year. President Thein Sein's government has pushed the country toward democracy, and this Monday Barack Obama is scheduled to become the first sitting U.S. president to visit the country.

Mraz says there is concern predators will prey on the vulnerable in this time of great flux. The concert offers an opportunity to "educate, empower and engage." The 35-year-old singer says he plans to tailor his show to the message.

"I do curate a set list that I feel is going to be part of that educate, empower and engage (theme)," he said. "Obviously songs like `I'm Yours,' `I Won't Give Up' are great examples. Or `93 Million Miles' is a new one where it's about believing in yourself. And a lot of my songs are about that, about believing in yourself and really going for your dreams. Those are the kinds of songs I'll be playing at that show."