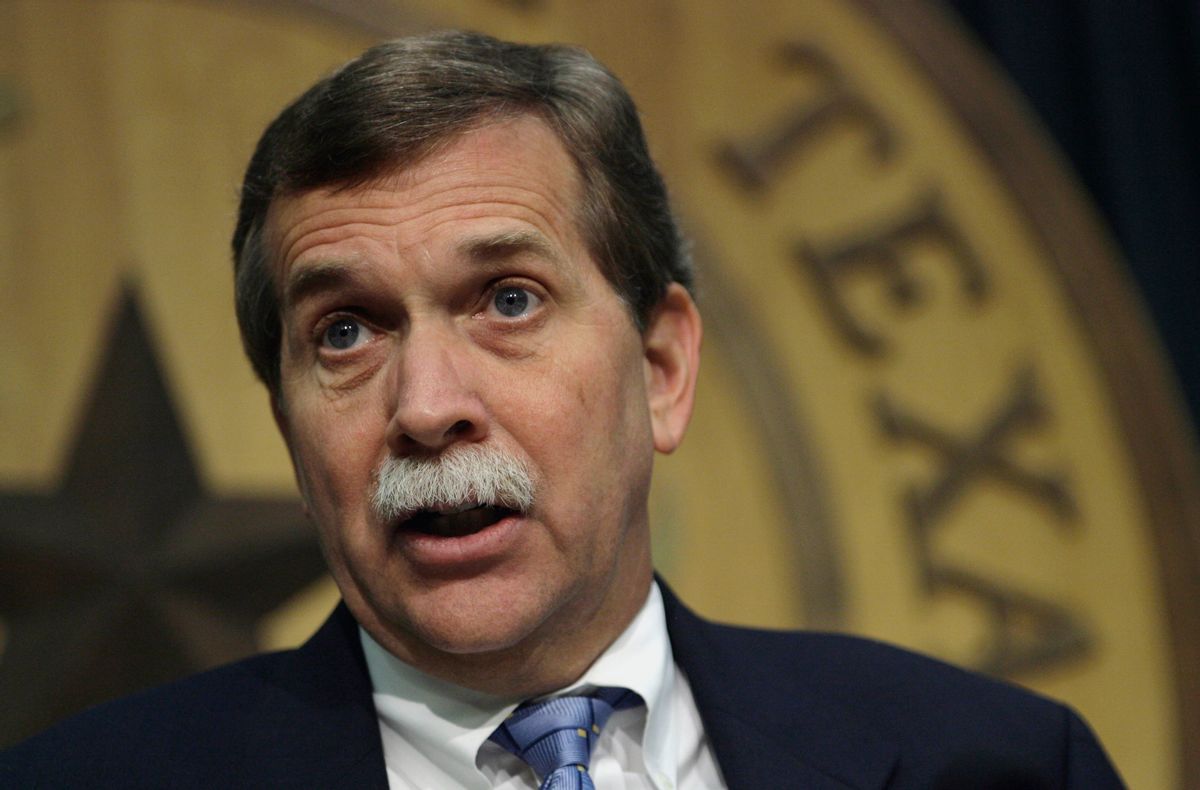 A Texas lawmaker introduced legislation earlier this week that would nullify a controversial rule banning abortion affiliates from participating in a Medicaid program that offers reproductive health care to low-income women. The bill takes aim at the ongoing battle some state leaders – including conservative Republican Gov. Rick Perry — are waging against Planned Parenthood’s inclusion in the Women’s Health Program in that state.

House Democratic Rep. Lon Burnam’s bill seeks to rid government code of language barring women’s health care funds from going to centers that “affiliate” with abortion providers, such as Planned Parenthood. Texas’ plans to enforce the rule would jeopardize access to breast- and cervical-cancer screenings, diabetes and STD testing, and birth control services for nearly 50,000 of the state’s poorest women.

“We have a crisis on our hands,” said Burnam, a longtime Forth Worth representative. “Funding cuts made last legislative session, compounded with the governor’s ideological commitment not to take federal tax dollars, are leading women into desperate circumstances and severely limiting their access to health care. We’ve really made a bad situation worse.”

During the 2011 legislative session, Republican legislators cut family planning by two-thirds, slashing family funds from $111 million to less than $38 million over two years. They also instituted a three-tiered funding scheme that placed family planning providers like Planned Parenthood last in line for state dollars. As a result, more than 50 reproductive health clinics have closed, and nearly 40 have been forced to reduce their hours, a September New England Journal of Medicine article found. Experts project the loss of WHP funds to further exacerbate the weakened reproductive health network in Texas and lead to an increased number of unintended pregnancies and, potentially, abortions.

“A lot of legislators acted inappropriately and without reflection last session,” said Burnam. “It’s a learning process for my colleagues who don’t understand what they did to women and women’s health care.”

Burnam’s legislation would completely strike the “abortion affiliate” language and prevent Planned Parenthood from being excluded from the program.

Burnam said he strongly opposes the abortion-affiliate rule and believes the state is clearly singling out Planned Parenthood for ideological reasons.

“Texas is willing to leave millions in federal tax dollars on the table and deny health care for thousands of women just because the governor has an opposition to a specific nonprofit organization,” he said.

The abortion-affiliate ban will likely cause Texas to lose federal dollars, which covered 90 percent of the Women’s Health Program. The federal government said the state breached U.S. law by deciding to edge out Planned Parenthood. After Dec. 31, Texas officials plan to transition to a wholly state-run program that excludes Planned Parenthood.

One of the 28 House lawmakers who signed an April letter sent to the state health commission, Burnam and his colleagues challenged claims made by the state assuring Planned Parenthood patients that they would be able to find new providers within 2.5 miles of their home. According to the letter, the state failed “to account for the ability and willingness of remaining providers to take on the 50,000 patients previously served by the recently excluded WHP providers.”

Today, Burnam remains doubtful of what he calls the state’s “bogus” assurance that women will be able to find a new provider if Planned Parenthood is out of the picture — especially in the district he represents.

In Tarrant County, an area within the lawmaker’s North Texas district, more than 2,000 Women’s Health Program patients used Planned Parenthood as their provider in 2011, according to Danielle Wells, spokesperson for Planned Parenthood of Greater Texas.

“They are making it 10 times harder for these women to find another clinic,” Burnam said, noting that Arlington, a city east of his district, is reportedly the largest city in the U.S. without a mass public transportation system — a barrier to access for many uninsured, low-income women who do not have their own vehicle.

In North Texas, five centers have shuttered their doors due to budget cuts, including one in Arlington, said Wells.

“Women’s health care providers in North Texas and across the state are already reeling from the Texas Legislature’s drastic and politically motivated cuts to women’s health care funding,” said Ken S. Lambrecht, president and CEO of Planned Parenthood of Greater Texas in an email. “If Planned Parenthood is barred from the Women’s Health Program, it will further harm the health of Texas women and deal another devastating blow to a medical safety net already in crisis.”