The nonsense of UnionMade clothing 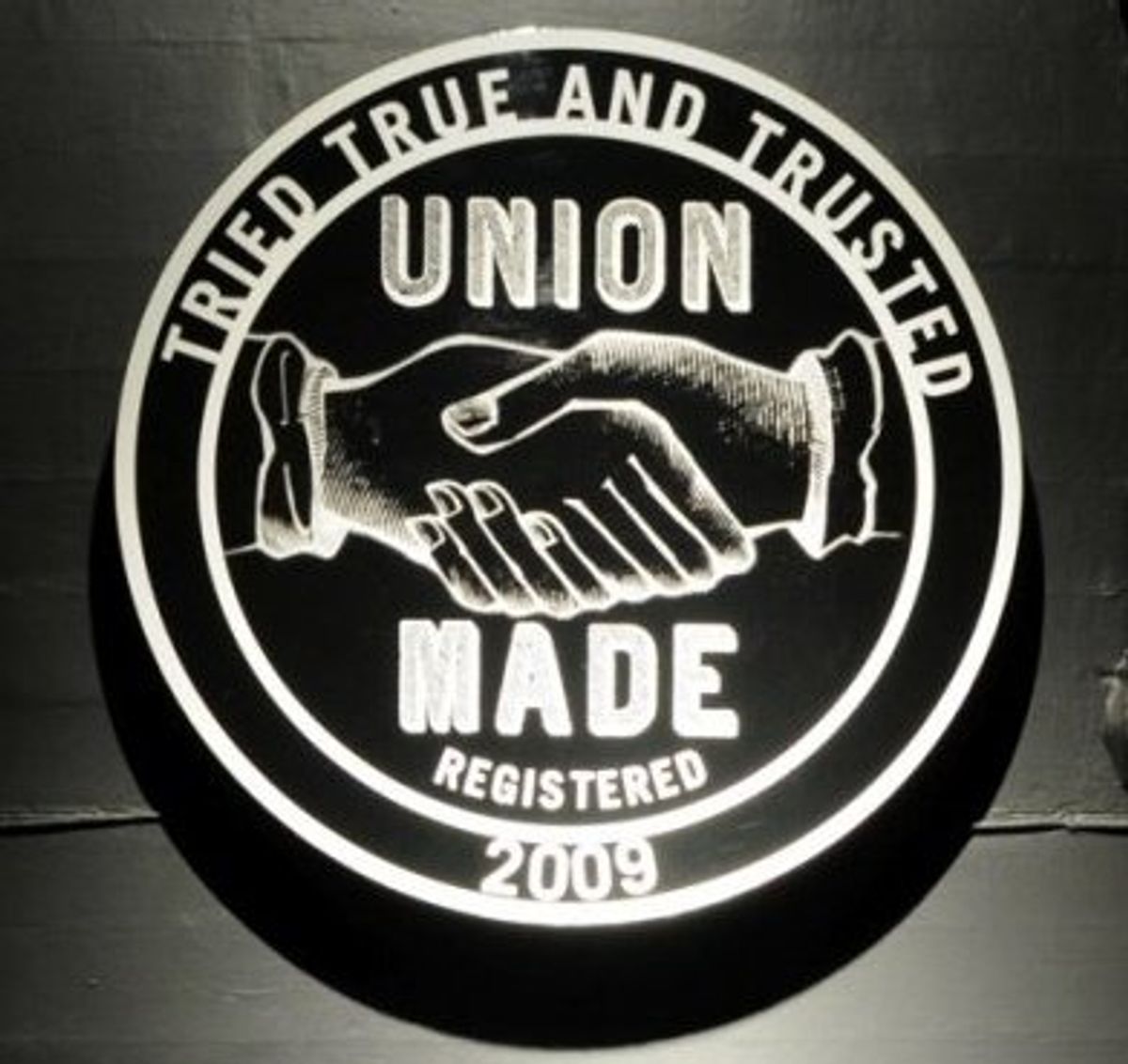 In San Francisco, there's an expensive men's clothing store called UnionMade, which, Gawker reported Friday, sells apparel that is not union made. When one labor rights-concerned customer inquired about the union behind the garments, the store responded with a nonsense aphorism, explaining that most UnionMade items were actually not made by unionized workers:

"The name UNIONMADE is an overarching concept and narrative for the store, signifying that we strive to carry well made and aesthetically timeless goods."

It's the latest example of faux-workerism -- akin to Levi's "We are all workers" campaign -- (UnionMade's logo even copies the AFL-CIO's) while unions remain under threat and retrenched in the United States.

This story reminded us of "30 Rock" protagonist Liz Lemon and her brief love affair with the fictional Brooklyn Without Limits clothing store. Lemon believed her derriere-flattering, overpriced jeans were ethically "Made in the USA" -- as the label promised.

"Oh, Lemon," responded Alec Baldwin's character, Jack, "it's not 'handmade in USA,' it's pronounced 'hahnd-made in Oosa.' The Hand people are a Vietnamese slave tribe, and USA is their island prison. They made your jeans. Do you know how they get the stitching so small? ... Orphans."

Those who buy the UnionMade line are Lemons indeed.